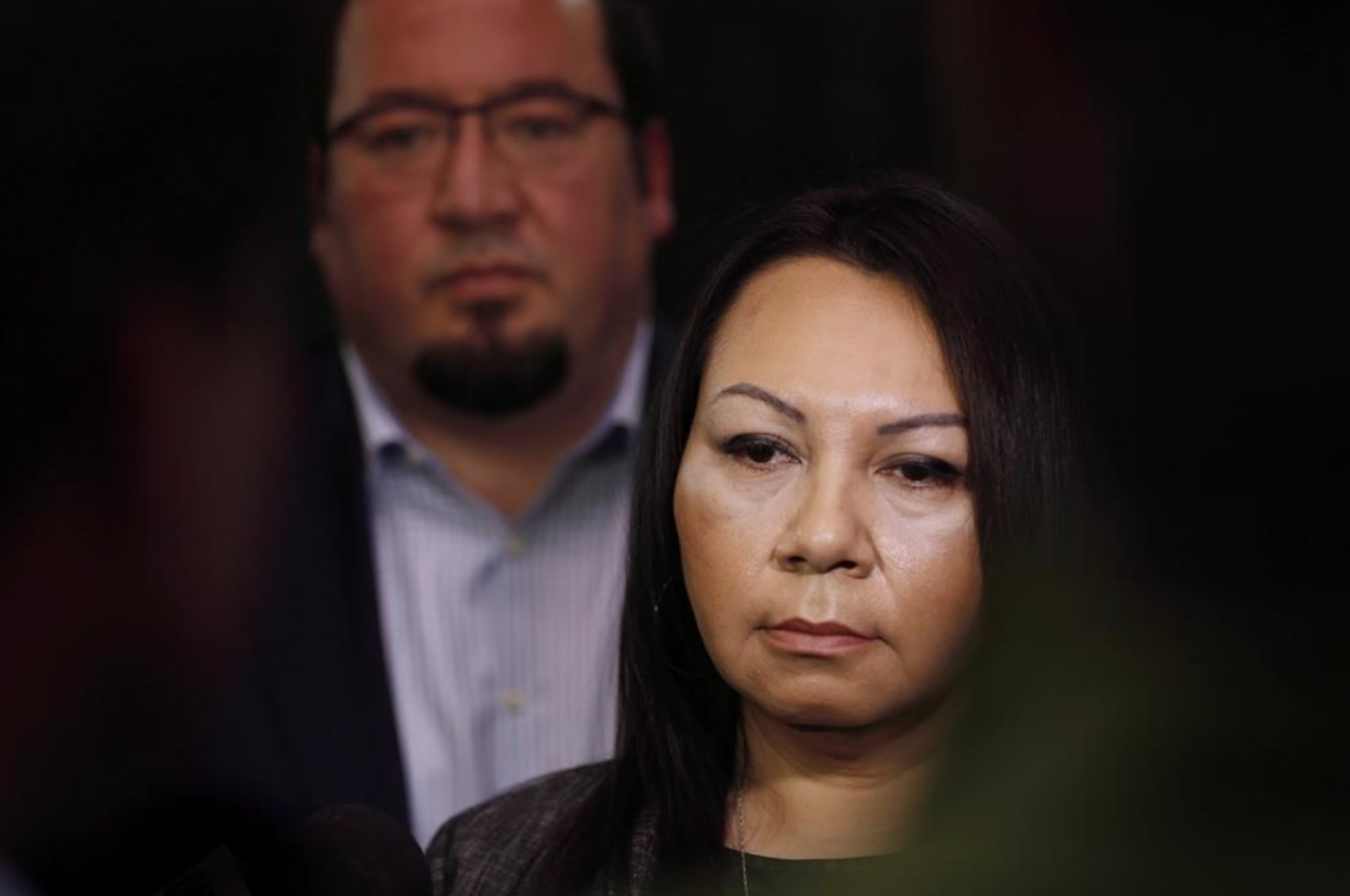 A Manitoba grand chief is asking Prime Minister Justin Trudeau to help a remote First Nation left in crisis after a fire destroyed the community’s only grocery store and band office.

Sheila North Wilson, who represents northern First Nations, says in a letter to Trudeau that the Shamattawa First Nation is in a dire situation.

"I would urge you, prime minister, to accept Chief Jeffrey Napaokesik’s invitation to visit the community at your earliest convenience, in order to see for yourself first−hand the underlying causes of the ongoing mental health and wellness crisis that has gripped the community for many years," she wrote in the letter dated Tuesday.

Since the fire, North Wilson says the community has been struggling to provide basic services for residents.

"This emergency situation is exacerbated by the mental health crisis brought on by the fire and by the day−to−day struggle of living in a remote and isolated community where the community members feel that they are being ignored and that their needs are not considered by the wider Canadian public," writes North Wilson, with Manitoba Keewatinowi Okimakanak.

Shamattawa residents were left without supplies or emergency services when the blaze erupted Sept. 22. It gutted the Northern Store as well as the adjacent band office, radio station and 911 centre. Manitoba RCMP have said the fire was caused by six children, five of whom were under 12. One 12−year−old boy is facing arson charges.

The reserve, 700 kilometres north of Winnipeg, has been rocked by a recent suicide and continues to suffer a chronic housing shortage, North Wilson says. There are 161 homes for a population of more than 1,400 people, she says. Each home houses an average of nine people.

Some homes sleep up to 22 people, she says.

"The mental distress of the youth has been expressed and manifested through dysfunction and through negative coping mechanisms such as substance abuse and fire−setting," she writes.

Band Councillor Liberty Redhead says the community’s challenges have become more pronounced since the fire. Young people have had their school gym and recreation centre taken away because the space is being used as a temporary store. One mother of two recently committed suicide.

"We have been in a state of emergency since losing major infrastructure in our community due to a fire in September. This is on top of already existing conditions we have to deal with that together are affecting the well−being of our community," Redhead says. "Suicide is a major issue. We do not want to lose any more of our people."

The First Nation said there has been one suicide and 92 attempts so far this year. In 2015, there were 99 attempts and six deaths from suicide. Redhead and North Wilson say the First Nation needs long−term help from Ottawa.

They say the community buildings and equipment lost in the fire need to be replaced immediately. Any plan must take into account that the reserve is accessible only by air and winter road, which leaves a short window for supplies to be transported.

Shawn Jackson, a spokesman for Indigenous and Northern Affairs Canada, said in an emailed statement that the federal government is working with the community to address short− and long−term needs, including recreational services for young people. The government has also boosted funding for housing and education, he said.

"We know more needs to be done. We are meeting with chief and council on an ongoing basis to address the community’s needs."