Trudeau set to meet with students, activists on second day in Cuba 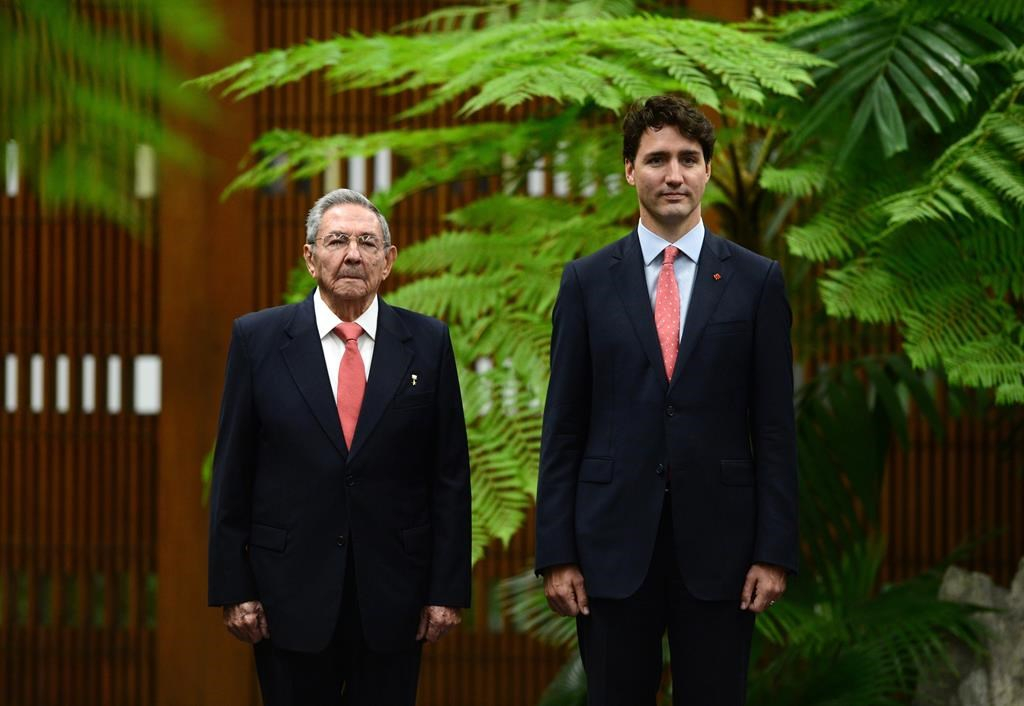 HAVANA — Prime Minister Justin Trudeau is scheduled to meet with Cuban activists today, one day after meeting with the Cuban president and talking about governance reforms in the island nation.

The roundtable meetings with civil society groups is the start of a day that will see the prime minister and his wife, Sophie Gregoire Trudeau, speak with university students.

Gregoire Trudeau is scheduled to speak at a panel discussion about gender equity and the prime minister will speak with students at the University of Havana.

Talk about governance issues in Cuba were on the agenda when Trudeau met with Castro Tuesday night during a closed-door meeting.

Castro told Trudeau during a public portion of the face-to-face meeting that reforms in Cuba had not advanced at the pace he had expected, but he couldn't see the country moving any faster than it was.

U.S. president-elect Donald Trump has tied the pace of those reforms, specifically allowing multi-party elections and the release of political dissidents, to any continuation in the renewal of relations between the United States and Cuba.

The two countries broke diplomatic ties in 1961, a move that Canada did not follow.

During the meeting with Raul Castro, Trudeau touted Canada by saying that Canadians can be pleased that they have played a positive role in Cuba through the years.