Future of Pacific trade pact on agenda for Trudeau, Obama at APEC summit 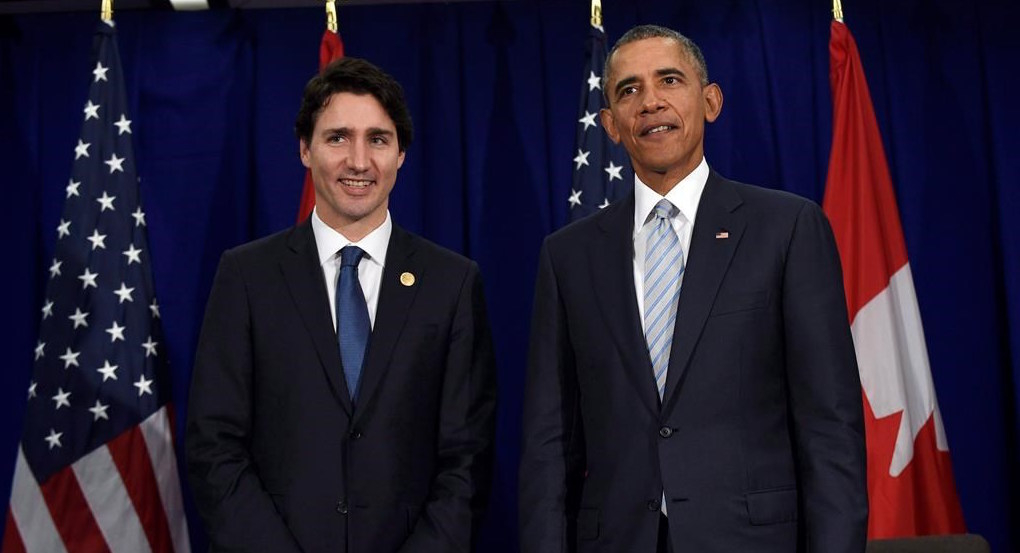 The leaders of 12 countries involved in a massive Pacific Rim trade pact meet today in Peru to plot a course forward on the deal that appears ready to fall apart.

Prime Minister Justin Trudeau will be in a meeting today hosted by outgoing U.S. President Barack Obama that is scheduled to last for about 45 minutes and focus on president-elect Donald Trump's promise to pull the U.S. out of the Trans-Pacific Partnership.

The meeting is the most notable event for Trudeau on day one of the APEC leaders' summit, which has taken on a different tone since Trump's election victory earlier this month. Trump rallied voters against the TPP during his successful presidential bid, calling the deal disastrous for American workers and the country's economy.

Allan Culham, a former Canadian ambassador to the Organization of American States, says Trump's rhetoric and Obama's decision to give up on pushing the pact through Congress before the end of his term signal the "kiss of death" for the deal.

PM Trudeau speaks with @POTUS Barack Obama on the margins of the @APEC Leaders’ Meeting. pic.twitter.com/jWAreS9lh4

Although Trudeau has pushed for countries not to give in to rising protectionist sentiments worldwide, the prime minister is expected to hedge his bets and pitch bilateral trade deals in case efforts to save TPP fail.

Carlo Dade, director of the Centre for Trade & Investment Policy at the Canada West Foundation, says kick-starting trade talks with the countries like Japan and Singapore would help Canada compete in the growing Asian market.

Trudeau will also have a formal one-on-one meeting with Mexican president Enrique Pena Nieto to talk TPP and the future of the North American Free Trade Agreement, given Trump has also vowed to blow up the pact if he doesn't get it amended to his liking.

The prime minister is also to meet informally with Obama on Sunday afternoon, shortly before the summit wraps up.

Chasing free trade isn't the solution for this country. When we are producing something the world wants it will buy. Germany and Denmark, two very successful countries with no natural resources, export green energy technology. They don't seem to have to desperately chase trade agreements. Why? Well here are some notes I have taken: Germany installed 130,000 photovoltaic panels last year, one million people world wide are expected to be employed in wind technology by the end of the decade, India makes a huge push toward solar it is 10% cheaper than coal, world's largest floating solar farm built in London, Copenhagen plans to be carbon neutral by 2025, China spent 111 billion on green energy infrastructure last year, Portland generates electricity from turbines in city water pipes. And this is just the tip of the iceberg of green technology initiatives, and Canada is still banking on petroleum. We are falling so far behind.

By The Canadian Press in News, Politics | September 26th 2015