Eight things you should know about the Marrakech climate talks 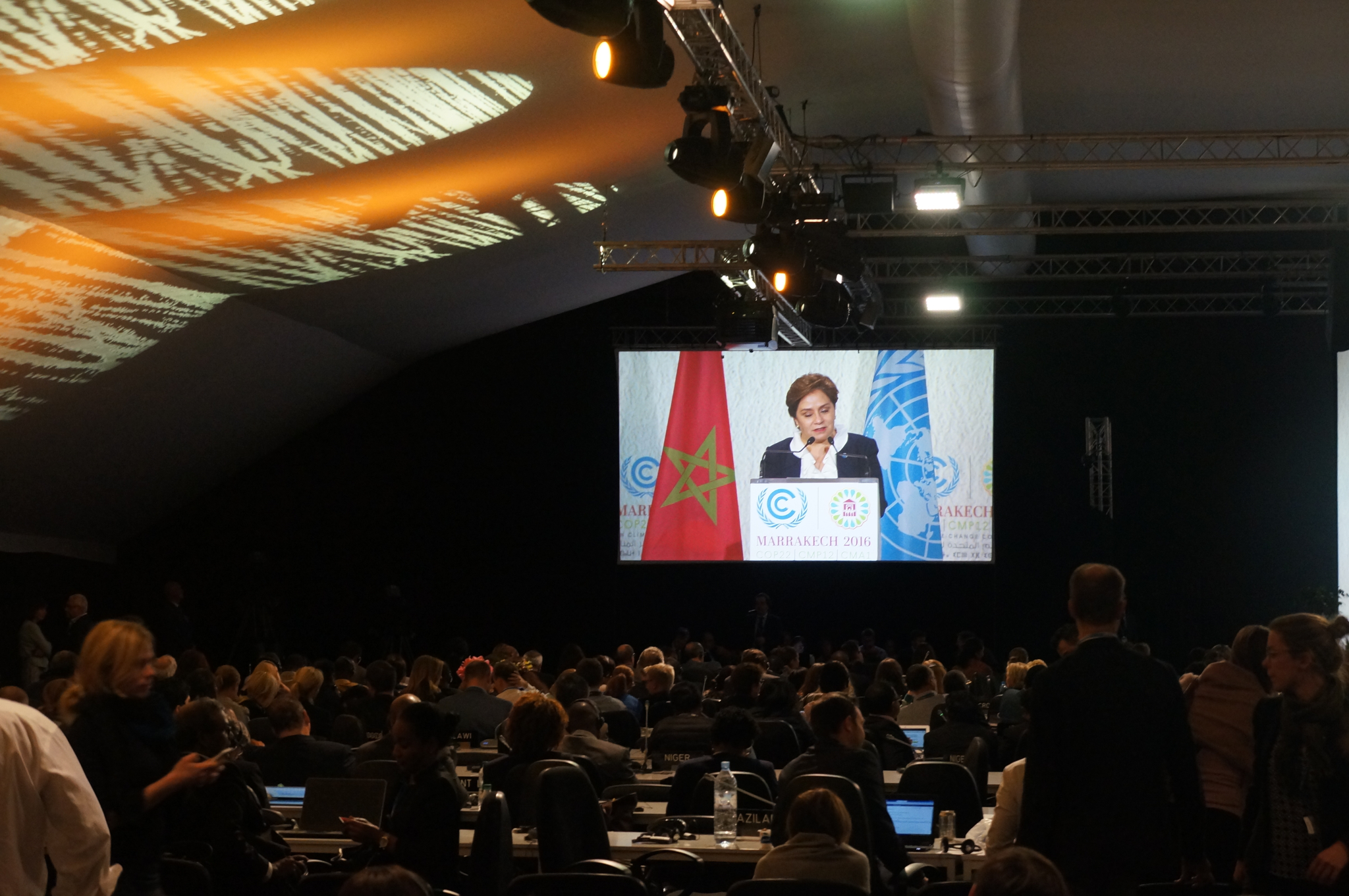 After two weeks of negotiations, the United Nations climate talks came to a close in Marrakech in the early hours of November 19. Here are the major outcomes from the climate negotiations:

The Marrakech Action Proclamation celebrates the entry into force of the Paris Agreement and emphasizes the enforcement of equity approaches to climate commitments, particularly that developed countries should achieve ambitious emissions reductions given their historical contribution to the climate crisis. The document reaffirms the need for a scale up in climate finance to reach the goal of $100 billion US by 2020.

This partnership aims to accelerate the pace of pre-2020 ambition on climate action. It calls for increasing collaboration and partnership, including with non state actors such as policy makers, finance institutions, and civil society. Additionally, it strives to create a platform for both tracking progress and scaling up commitments.

The Adaptation Fund financially supports countries to increase adaptive capacity and climate resilience. A total of USD $81 million was mobilised during the climate negotiations in Marrakech. The majority of the funds - $50 million US - were provided by Germany, while Sweden, Italy and Belgium secured the remaining amount. This funding is inadequate when compared to the $100 billion US that must be raised each year by 2020 in order to support climate resilience and emissions reduction in vulnerable communities. Currently only one tenth of that goal has been reached.

Large scale renewable energy initiatives were launched during the climate negotiations, namely the African Renewable Energy Initiative (AREI) and the Renewable Energy and Energy Efficiency Initiative (REEEI). AREI aims to support new and additional renewable energy generation across the African continent, scaling up to 300GW by 2030 through the use of public and private finance. REEEI, launched by the Least Developed Countries Group, aims to support the poorest nations in accessing existing renewable energy initiatives. It will also support those falling through the cracks of existing programs, and emphasizes a particular need to finance decentralised renewable energy projects.

Delegates from 47 of the most vulnerable countries committed to a 100 per cent transition to renewable energy, sending a wave of inspiration throughout the final day of the climate negotiations. These countries, which advocate for a maximum warming of 1.5 degrees Celsius, will revise their national commitments by 2020 and transition completely to sustainable energy between 2030 and 2050.

Four major emitters - Canada, U.S., Mexico, Germany - submitted mid-century strategies for low-carbon growth by 2050. The Canadian and U.S. strategies both aim to reduce emissions by 80 per cent compared to 2005 levels by 2050, Mexico strives for a 50 per cent reduction below 2000 levels by 2050, and Germany reaffirms their long term target of reducing emissions by 80-95 per cent by 2050 compared to 1990 levels.

Canada not on track to meet emissions target

Urgent action is required on the Canadian climate framework. A recent report from the Grantham Research Institute on Climate Change and the Environment at the London School of Economics and Political Science has found that Canada, along with five other G20 countries — Argentina, Australia, Saudi Arabia, Turkey and the U.S. — is already behind on meeting its 2020 reduction target.

To amend these shortfalls, climate policy experts are calling for an ambitious Pan-Canadian Climate Plan, a halt to new fossil fuel infrastructure (including the Kinder Morgan pipeline), a scaling-up of current emissions reduction targets, and an increase in support to global climate finance.

As agreed upon in the international climate negotiations in 2015, all Parties that have ratified the Paris Agreement will participate in a facilitative dialogue in 2018 to assess national progress and set more stringent emissions reduction targets. In 2023, countries will conduct a "global stocktake" to assess the overall contributions from emissions reductions and identify areas and sectors that requiring a scaling-up of climate targets.