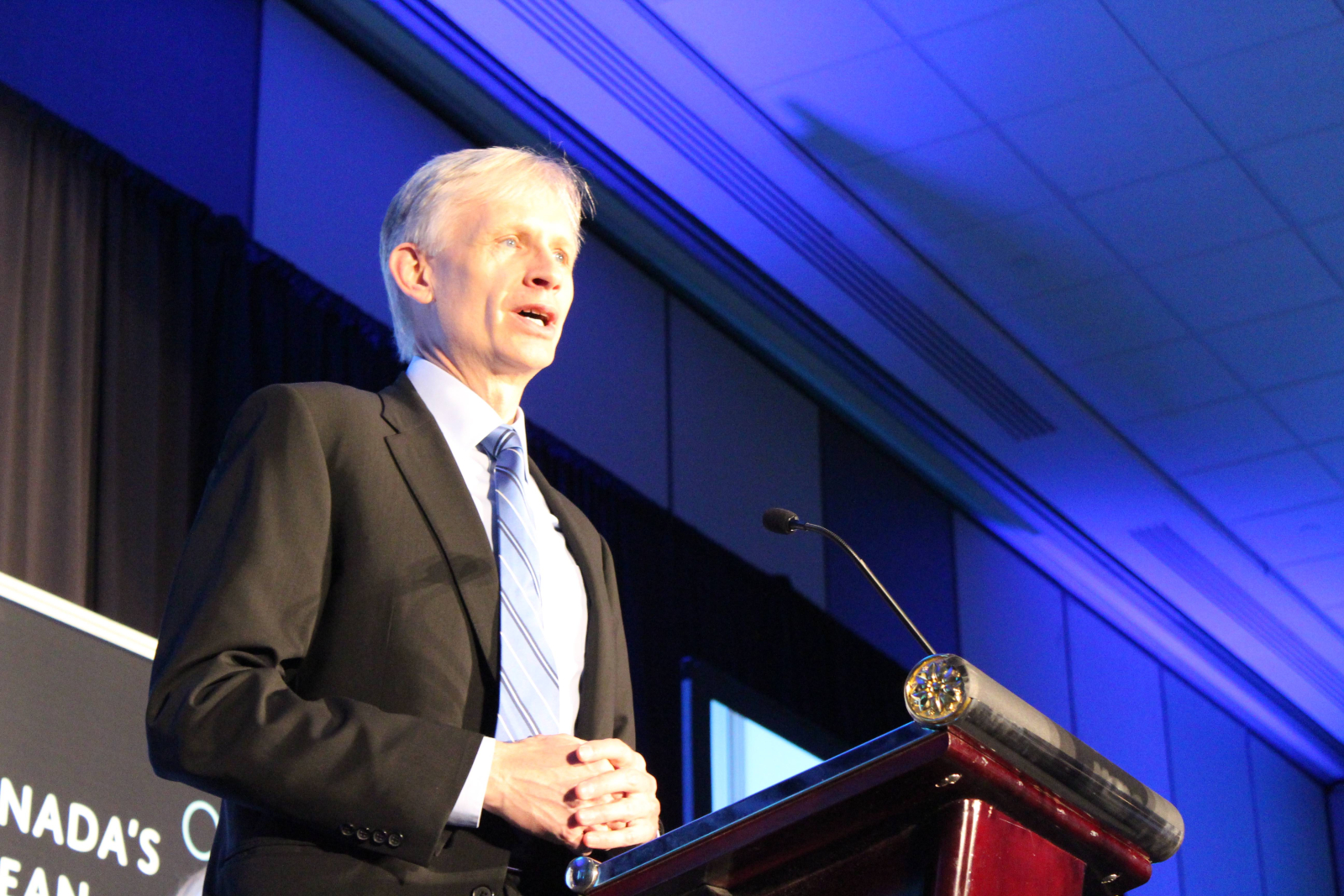 Canadian corporate executives whose companies together employ more than a million people are urging Prime Minister Justin Trudeau and the premiers to press ahead with collective climate action, including putting a price on carbon emissions.

An open letter to the first ministers was released Thursday morning ahead of a planned meeting early next month in Ottawa, where the federal Liberals hope to finalize a pan-Canadian plan with all the provinces and territories.

"Canada has a history of taking far-sighted policy actions to capitalize on the opportunities created by global economic change," says the letter.

"The time is right for the same kind of bold leadership."

Through the Smart Prosperity Institute based out of the University of Ottawa, they've made common cause with clean energy associations, environmental advocacy groups, organized labour and environmental think tanks.

Their common message is that enlightened self-interest dictates Canada strive to be at the front of the pack as the global economy makes a historic shift.

That includes putting a price on CO2 — "the most cost-effective way to reduce emissions, stimulate innovation and drive energy efficiency," says the two-page letter.

Michael Crothers, the president of Shell Canada, said the open letter was conceived in September — before the election of U.S. president-elect Donald Trump shook the climate policy world — and is aimed less at the premiers than at fostering discussions with other industrial sectors across Canada.

"I've had a few with peers in our (oil and gas) sector but also with other business leaders," Crothers said in an interview.

"It really starts to help crystallize into the implementation phase what are some of the key issues that people are concerned about, and how can we address those."

As the letter states, revenues from carbon taxes can be used to help vulnerable households but also to help "businesses to remain globally competitive while making the low carbon transition."

Aluminum association president Jean Simard said Canada now has the lowest carbon footprint aluminum in the world, and competes mainly with China, which controls half of global production.

The carbon intensity of aluminum production is down 60 per cent in Canada, while absolute emissions have fallen by quarter, Simard told The Canadian Press.

"We think that now Canada has reached a point — not only for our industry but other industrial sectors — where we have to bring together a mix of policies, including carbon pricing on a national basis, in order to get Canada's economy as the best-in-class in the mid term," he said.

It's a message that still has many detractors.

Lisa Raitt, a former Conservative cabinet minister now contending for the federal party's leadership, rose in the House of Commons on Wednesday to decry Liberal climate policies, including a new national floor price on carbon "that will drive up the cost of everything and force business to lay off workers."

Those concerns have only intensified since Canada's dominant trading partner elected a Republican president and Congress that are decidedly cool to the fight against global warming.

Simard suggested factors such as the strength of the U.S. dollar will have at least as much impact on Canada-U.S. trade as carbon pricing.

"We think we've passed the point of no return in terms of world commitment on carbon reduction," he said, adding that what's needed now are government policies to "accelerate the transition" while keeping Canadian industries competitive.

According to the World Bank, seven of the world's 10 largest economies have priced emissions of carbon dioxide in some fashion. China is set to bring in a cap and trade system next year, which will be the world's largest carbon market.

Smart Prosperity chairman Stewart Elgie said the low-carbon economy transition is underway, yet the world will continue to use oil and gas, cement and minerals for decades to come.

"Canada's niche in that low-carbon economy is to be one of the cleanest producers of those products," said Elgie.

"The only question for Canada is: 'Are we going to keep pace with that change so we can secure our future prosperity?'"

Perhaps some of these

Perhaps some of these corporate spokespeople could also convey their feelings to the candidates for the leadership of the Conservative Party? Michael Chong was recently booed when he spoke about climate change and the need for carbon pricing; the only candidate to even mention the subject...

Shameful. But it's still

Shameful. But it's still true that many on the right remain pig headed about climate change. Penny wise and pound foolish is what I think we could call them. But every day, the weather itself, is eroding the walls of their denial. Perhaps with the reality of a Trump victory in the states, those of us who know the reality we face, will be emboldened to step up, speak up, and stop leaving it for someone else to chart the new course.

Turning this earth ship around is going to take all of us.

This is good news of course,

This is good news of course, and I hope we stay the course. The sooner we accept the fact that we have no choice, but must move, rapidly, collectively and in a way that creates opportunities for everyone, the better our chances will be.
Dragging our feet only increases the cost and the pain of the transition. We can't have it both ways...we have to get off carbon, leave much of the known reserves in the ground, and move to a cleaner, and less mean, future.

It could be so exciting. I'd want to live to be 100, so I could watch my children, grandchildren and great grandchildren, rise to the challenge and build a world that doesn't have to rip someone or something off...in order to live sustainably. I've always felt sorry for the men and women who dig for gold...or tar...and see first hand, on a daily basis, what that economic model does to mother earth. I want something better and more inspiring for the young people I love.