Canada tries to get everyone singing carbon Kumbaya 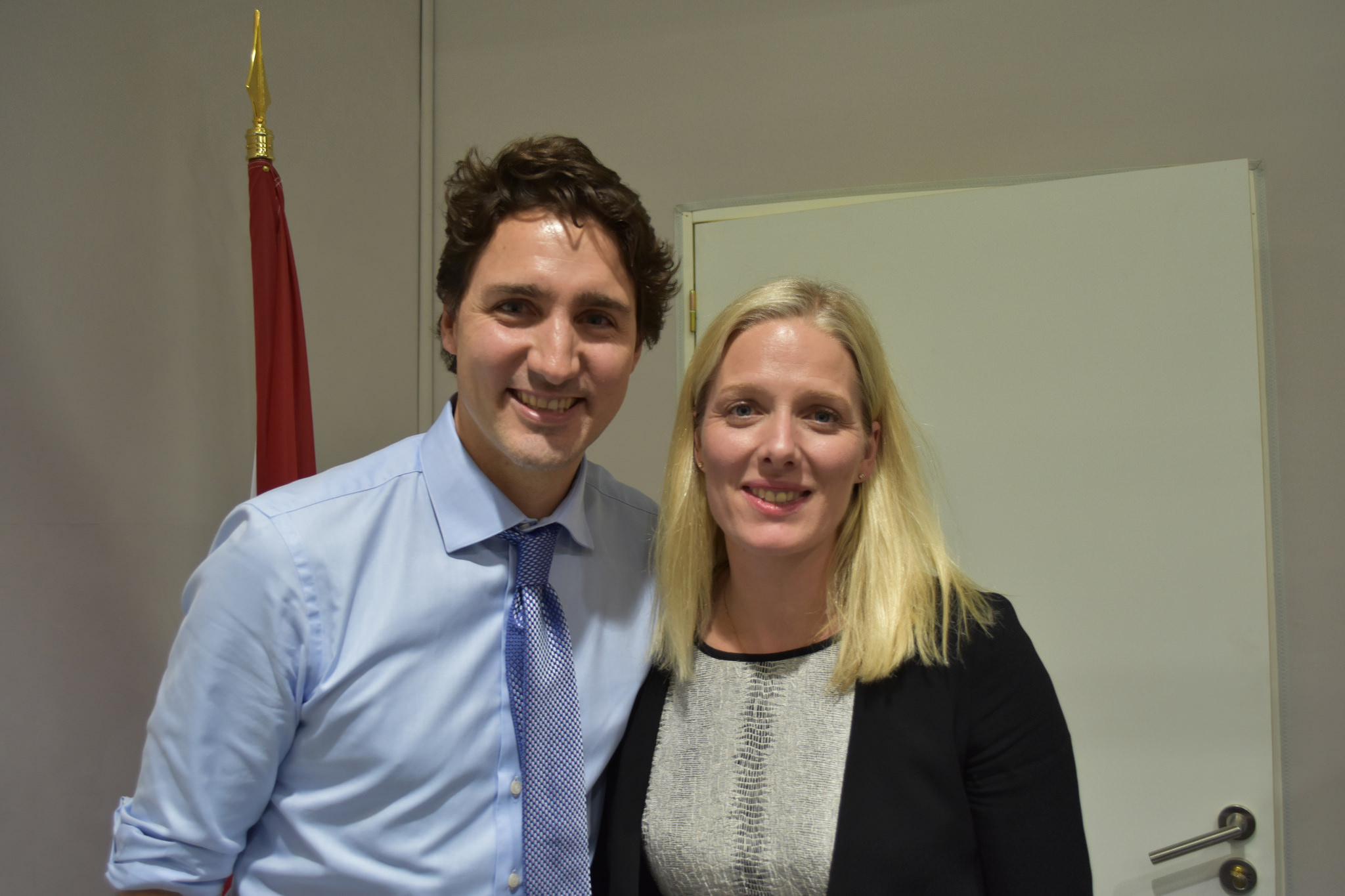 Climate policy is a messy game of political horse trading, with no easy path to victory. To build buy-in on its ambitious low-carbon transition plan, the federal government needs to hand out enough infrastructure favours to keep all the provinces on the bus, without losing its base out the back door.

Ottawa’s recent nod to British Columbia’s Northwest LNG plant pleased Premier Clark (check) and the proponent, but ticked off pretty much everyone else.

Should that project get the go-ahead, don’t expect an Ocean Protection Plan over here — or a re-opened Coast Guard Base over there — to reassure opponents. An Insights West poll commissioned by Dogwood Initiative and released earlier this week suggests 60 percent of British Columbians oppose “increasing the number of oil tankers in BC’s coastal waters,” which is code for a pipeline expansion. The opposition numbers are even higher for federal Liberal voters.

All that said, it’s hard for a guy like me not to feel encouraged by the overarching signals coming out of government in advance of the Pan Canadian Framework on Clean Growth and Climate Change, coming next month.

Let’s recap. Within the past month or so, Ottawa:

Taken together, these actions constitute one of the most aggressive climate-action agendas of any federal government in the world today. Really.

The Ottawa crew appears sincere that deep, systemic change is really our only option to remain competitive in the global low carbon economy, and it’s clearly positioning the Framework as our road map. Even industry is on board.

The eNGOs out West want a strong climate plan, but they also really don’t want that pipeline expansion approved, and the additional oil tanker traffic it would bring — at least, that is, until global oil demand craters and economics strand the project. In their minds, the circle just doesn’t square. But without that approval, the whole shebang might well end up dead in the water at next month’s First Ministers Meeting.

A Kinder Morgan green light could well be one of the playing cards that is perilously holding the tower together. The British Columbia-based influencers above, and the movement they give a face to, will not yield an inch on it. (To be clear, I’m not saying they should, just that they won’t.)

The previous government really put us in this spot of incredible division. It’s nasty and messy AF, and your guess is as good as mine on what happens next. Can someone tell me what’s in it for Saskatchewan? I’m just happy we’re in Canada, which is at this moment, warts and all, a beacon of climate leadership for the world, while everything goes Condition Orange just over the fence.

CLAIRE heads for the heavens to join global climate fight

The house that Britco built

I have been wondering what BC

I have been wondering what BC’ers do for a living? Do you all fly kites in lightning storms and ride bicycles with balsam fir frames and cannabis oil based tyres? Have you all relinquished your Air Miles Points Cards and vowed to never fly again? Have all the paved streets been torn up with hydroponic gardens installed?

This comment maybe harsh as a reality check, do you realize the Trans Mountain pipeline is 63 years old. It’s way over it’s safe service life. There has to be compromise in your opposition strategy. Kinder Morgan has been playing Russian Roulette and now the Abolitionists are holding a revolver to their hard heads also.

If all citizens of BC do a “motorized vehicle exorcism” so be it, Damn the pipeline. Don’t continue in hypocrisy with your “ladder pulling rhetoric”. The Trans Mountain pipeline must be replaced for public and environmental safety. Of course the owners want to increase pipe volume.

Isn’t that a refinery beside the Vancouver Airport which sits on the oceans edge? How many BC residents have had their bread buttered by good paying jobs in Fort Muck Murray? Many doing their rounds by airflights for their shift cycles, so they can maintain some sense of family life.

For full disclosure, I am/was a construction tradesman who suffers a workplace acquired “toxic fume injury”, from working on an Air Emissions Project at a Pulp Mill in NW Ontario employed by a BC Contractor. I have worked on Pipelines in the early 70’s on Hydrostatic Testing and well know that the TCP pipeline in NW Ontario was failing under water test pressures a mere 15 years after being put in service in 1957.

Have BC residents buttered their bread from the Pulp and Paper Industry? Do you partake of those convenient disposable sanitary paper products for personal hygiene? Now were prodding for some critical thinking. Dang i witnessed some made from renewable moss in 1969 commercial fishing on the west coast of Vancouver Island. The year John Glenn went to the moon, or was it all illusion created in a Walt Disney Studio?

More than anyone I could do without diesel (H2S) and gasoline (formaldehyde) engine exhaust, pollutants which are in Pulp Mill emissions. Last week i had to put on a charcoal filter mask to put my tools away as some neighbours woodsmoke was hitting ground zero.

My personal joke as I was figuring out my environmental triggers was that I would have to live in the mountains like Jeremiah Johnson, but with electric heat. Dang in Ontario we are paying 0.18 cents at Peak since $mart Meter$, only a 353% increase. Pre smart meter Base Rate, 0.051 cents a Kw X 353% = 0.18003 cents a Kw.

Be careful as to what/who is tainting your Kool Aid. My strategy would be to allow the Trans Mountain project with a definite removal of the aged pipeline. Demand that the old pipe be melted down at Canadian Steel Mills, The American government has put very high Duty Tariffs on imported steel which has resulted in more homeland jobs.

I am sure British Columbia Shipyards are getting excited about the prospect of some Canadian naval ship contracts. As the author mentioned the circle just doesn’t square, not everyone is flying kites, most everyone has mortgages or rent to pay. But then for the purists we could shut down BC Ferries and build some Viking style ships, volunteers anyone for manning up to oar duty?

Kinder Morgan is not

Kinder Morgan is not replacing the old pipeline with a bigger one. They are "twinning" it -- leaving the old one in place (and in service) and placing a new, much bigger pipeline beside it. Not quite the same thing as what you're advocating.

@ Gisela Ruckert, As lobbyist's we must regroup and use engineering and examples of historic failures to point out the folly of their "Pipeline Con/nversion Proposals". The old line must be replaced. It is decade's past it's safe life. Look at the pictures in the link below of the corrosion on the outside of the pipeline involved in the Beardmore explosion. If that line was carrying dilbit (diluted bitumen), the community of Beardmore would have proceeded Lac Megantic into becoming a piece of charcoal. Oil runs downhill, the natural gas fire was upwards which had such immense heat it was melting the snow off of rooftops. It took something like 11 hours for TCP to shut the valve off completely on this burst pipeline.

There are recent examples of oil pipeline leaks where the alleged high tech monitoring equipment did not pick up the problem. The one line in Alberta was only one year old, when the leak was found by someone walking along the "Right go Way" some 14 days later.

In the early 70's, only 15 years after the first section of this pipeline was put in service in 1957, we had pipe failure north of Beardmore when doing a Hydrostatic Test. Another technical point not applicable to the Trans Mountain line, but definitely the Energy East Con/nversion Proposal is that there are many sections that can only be built, tested and maintenance repairs done in winter months when the swamps are frozen. That also means a rupture and spill in warm months is a technical challenge for cleanup. Show me one Spill Contractor in Canada who owns amphibious vacuum equipment to cross swampland to execute a cleanup?

Why corrosion might take down Energy East | National Observer
www.nationalobserver.com/.../why-corrosion-might-take-down-energy-east‎
4 Sep 2015 ... ... gave away, rupturing TransCanada Limited's 42-inch natural gas pipeline. ... From the mainline, the fire spread to a secondary gas line, weakening it. ... They included an explosion in near Beardmore Northern, Ontario in 2011 that ... A National Energy Board report cited corrosion as the cause of six other ...

Yes, we will need some oil

Yes, we will need some oil for a while, no doubt of that. However, pipelines are very permanent structures. Any variety of materials can travel by rail, or not, in time.

The world is turning to renewables quickly. You might like to watch the very enlightening youtube video on the subject: The breakthrough in renewable energy" made May 2016 (would post the link but these comment pages usually won't take them). Unsubsidized renewables are becoming cheaper than fossil fuels. In the last 5 years, the price of solar has dropped 80% and wind 50%. In Oman, solar panels are providing electricity to pump oil out of the ground (natural gas has been used in the past). In india recently a planned coal burning plant was cancelled and a solar farm built instead because the solar plant was cheaper. Deutche Bank thinks in the next few years solar/wind electricity will be cheaper than fossil fuel electricity for 80% of the world. Citigroup (global bank) is getting excited about renewables. Batteries are coming along. The US has a lot of solar and wind - even Texas has a significant industry in both because it's good business. I fear for Canada's economy. Countries who continue to invest in big oil/gas infrastrucure instead of moving forward with renewables will be hurt financially.

The above has recently been said to our Federal government by a Federal think tank. Policy Horizons Canada advised Canada not to invest a lot of money in big fossil fuel infrustructure, to move to renewables. (I only have a PDF of this report, so can't post it, unfortunately.) I have written to Minister Carr about this document and he wrote back that he is familiar with it.

We could move far more quickly to electric cars, etc if the Federal government would stop the huge subsidies to big oil and move those subsidies to a variety of forms of renewables.

In addition, the oil industry does not employ that much of the population - CRED just released a report that says they employ 1.2% of the population. Re KM, there will be 50 long term jobs in BC and 40 in Alberta. This isn't many jobs, compared to all the negatives of this project.