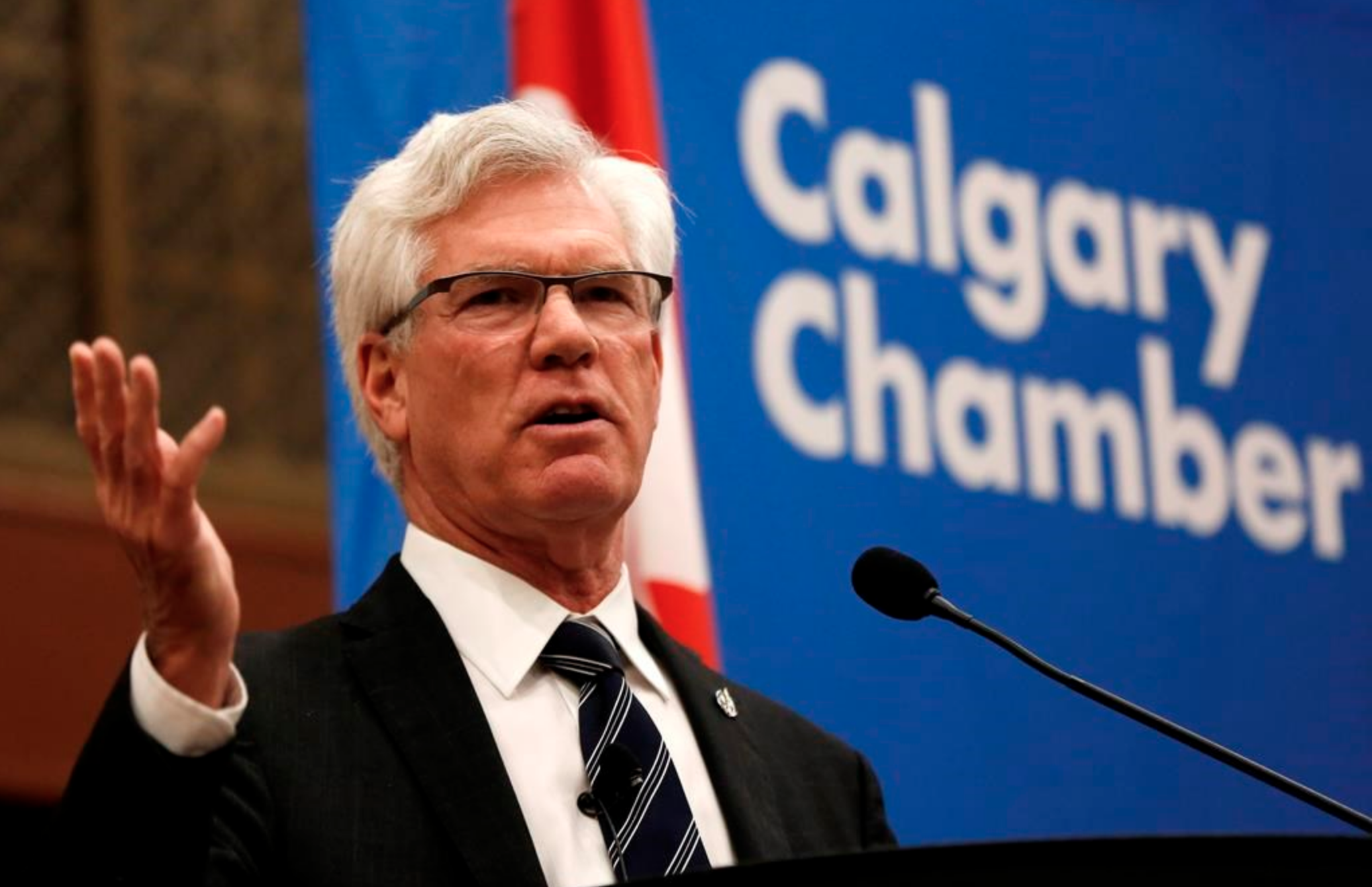 "Our announcement on pipelines brings much needed new hope to thousands of hardworking Albertans in the energy sector — a sector that has suffered so much over the past years," said Carr.

He framed the approval of the Kinder Morgan Trans Mountain and Enbridge (TSX:ENB) Line 3 pipelines as the culmination of a thorough and improved assessment process that heard from more than 35,000 Canadians.

"We set about restoring Canada's faith in how major resource projects are assessed, because how we got to our recent decisions mattered just as much as the decisions themselves," he said.

Jim Carr sees his role as a cheerleader for approved pipelines

He agreed that he saw his role as a cheerleader for the projects now that they have been approved, saying Tuesday's announcements were a clear signal that the government sees the importance of the pipelines.

"I think that the decision speaks volumes about what the government of Canada thinks of the necessity of building infrastructure to get our resources to market sustainably," Carr said.

He said the government's mission now is to explain to Canadians why the projects are in the national interest, and how they plan to balance environmental and economic matters.

"Expanding our export markets is fundamentally important for the industry and for the government of Canada," said Carr. "The Trans Mountain expansion project will make that possible. For the first time Canada will be fully in the global energy game."

Promises of jobs and increased and safety requirement, have, however, done little to dampen stiff opposition, especially to the Trans Mountain project running from near Edmonton to a port in Burnaby, B.C.

Keith Stewart, Greenpeace climate and energy campaigner, said in an email that while the group doesn't want to spend years fighting the project with lawsuits and civil disobedience, they will take whatever peaceful means necessary to ensure it never gets built.

But big spending commitments on marine safety and other measures have gone some way in swaying the B.C. government, which still needs to complete its environmental assessment and approval of the project.

B.C. Premier Christy Clark said Wednesday that the federal government is close to meeting the province's five conditions for the Kinder Morgan pipeline, and expects to have all conditions addressed before a provincial election in May.

So he sees himself as a

So he sees himself as a cheerleader for the Kinder Morgan pipeline.

KM is a United States private enterprise based in Texas. It's corporate goal is making as much money for the executives and shareholders as possible.

The richest 5% of U.S. households owned about 70% of US stocks. Kinder Morgan is worth about 80 billion. Richard Kinder is the chairman. In 2014, Richard Kinder was listed by Forbes as the 41st richest American, worth 11 billion. He is richer today, of course.

So Mr. Carr--who is paid by ordinary Canadians to represent THEM--is telling us he is cheer leading for Richard Kinder and the other wealthiest Americans.