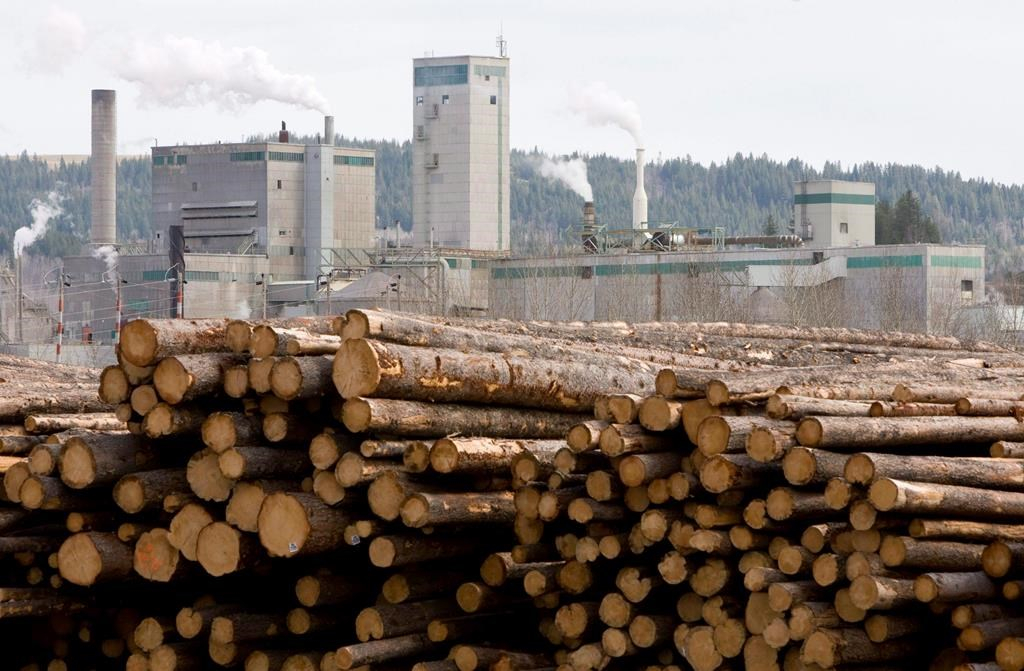 Logs at a factory waiting to be processed. File photo by the Canadian Press.
Previous story
Next story

The prospect of a reignited trade dispute with the United States over Canadian softwood lumber exports has British Columbia looking for new customers in China and India.

Since 1982, lumber trade between Canada and the U.S. has resulted in court battles and produced three managed trade agreements.

The election of protectionist Donald Trump prompted the U.S. Lumber Coalition to recently petition the American government to impose duties against Canadian lumber.

De Jong said B.C. is preparing a defence along with other governments and the industry against potential U.S. challenges. But it's also mounting expansion efforts to buffer the Americans.

"We are amplifying our efforts to do something we did around (the last) softwood negotiations and that is diversify our markets," he said. "We have redoubled our efforts in India and are beginning to see results. We are in China now to further encourage efforts at reducing our dependence on a U.S. market that may become somewhat unpredictable."

B.C. forest industry and government representatives are currently in Asia on a lumber trade mission and de Jong recently returned from India on a similar mission.

Steve Thomson, minister of forests, lands and natural resource operations, said in an interview from Shanghai, that B.C. lumber products are finding buyers in China.

"China is our second most important market, worth about $1.2 billion and continues to have lots of opportunities," he said.

Council of Forest Industries president Susan Yurkovich said she is confident Canada and the United States can reach some kind of lumber trade deal.

"The growing U.S. economy is going to require our product," said Yurkovich, who is also on the China trade mission. "Building and construction is a huge part of that continued recovery of the U.S. economy."

De Jong said such a trade dispute has economic consequences for B.C. and Canada, but it also hurts millions of Americans whose jobs rely on trade.

"There are millions and millions of Americans who have jobs because of trade with Canada," he said. "An interruption to that trade will put those Americans out of work. They need our wood."

Quebec's government also spoke out Tuesday about the potential lumber trade dispute, saying Canada must create a loan guarantee program to ensure lumber producers continue to have access to the American market.

About 60,000 people work in Quebec's forests industry. In B.C., more than 65,000 people hold forestry jobs and about 40 per cent of province's rural communities are dependent on the industry.

The 2006 softwood lumber agreement between Canada and the U.S. expired a year ago and a one-year standstill period has not produced a new deal.

It seems important to let the

It seems important to let the US know that Canada can sell softwood lumber around the world without tiresome, costly trade disputes. It should just go ahead without comment whomever offers the best deal buys the lumber. Certainly no raw logs should ever even be considered.