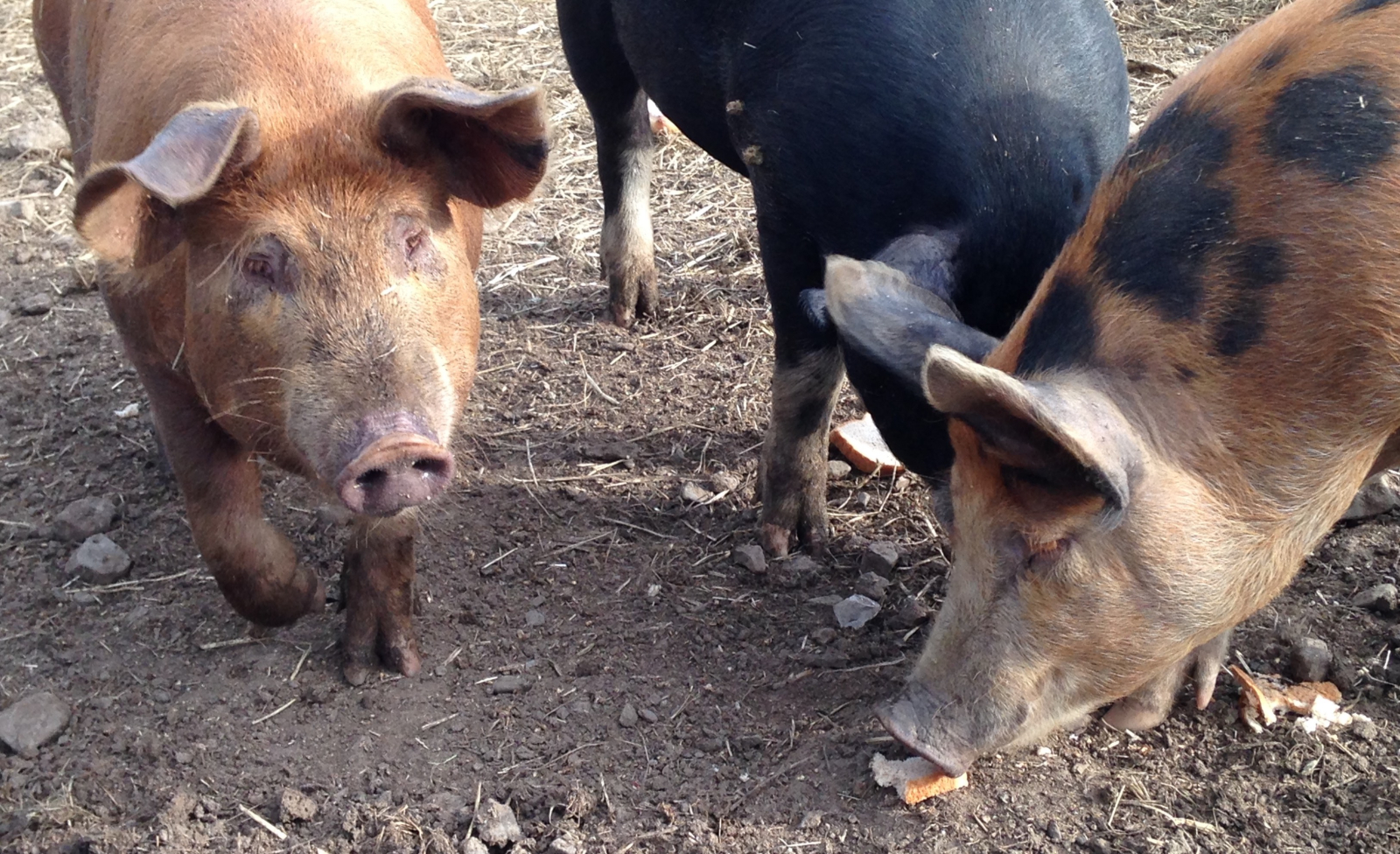 There's no shortage of flavours and styles in the microbrewing scene here in the Great White North. As of last year, Beer Canada — the country's main beer trade association — estimated that there were 640 licenced breweries in the country. That's a phenomenal increase of 108 per cent over the last five years.

I'm very interested in the stories behind the brewers who are going green. Several Canadian brewmasters are working hard to respect the environment and cut waste, notably water use and spent grains. To craft a single litre of beer some breweries use up to 12 litres of water.

Thankfully, there are several breweries across the country that make an effort to manage such challenges and I’m happy to report that they are not sacrificing taste in the process.

Crannog Ales is a farm brewery in Sorrento, B.C.. They brew only organic beer and are an ‘old world’ brewery — no push-button, computer-driven factory for them. They consider themselves stewards of the land, using only 2.5 litres of water to make a litre of beer and they only use organic materials to reduce environmental impact, co-founder Rebecca Kneen explained.

She also told me that the yeast and brewing organisms are healthier when not affected by herbicides, pesticides and residual chemicals used in non-organic agriculture.

The folks at Crannog use their own farm hops and barley malted locally at nearby Gambrinus Malting. They also have some interesting support staff, including pigs and sheep.

"We use our sheep to prune our hops, for disease prevention and increased production," Kneen said. "The sheep love the hops."

They also use herbs and fruit grown right on their ten-acre farm. Their spent grains are used to feed the pigs or for compost and they practice open fermentation, which means even some of their yeast is local!

I tried their Gael’s Blood Potato Ale, which uses potatoes from their farm. The subtle mineral notes gave the beer a very enjoyable flavour, without tasting too "experimental."

Another champion of sustainable brewing practices is in Ontario: Beau’s All Natural Brewing Company based in Vankleek Hill, about an hour from Ottawa.

‘Traditional brewing styles are rooted in sustainability,” according to Beau’s owner Steve Beauchesne. “It’s built on a foundation that understands resources are precious. The craft beer industry has really taken hold of that.”

The company's commitment to sustainability led them to an innovative financing concept. Beau’s Greener Futures project gave beer enthusiasts the opportunity to purchase limited release barrel-aged beer to raise funds so that they can now provide 100 per cent green energy to the brewery and their delivery trucks.

As a certified Benefit Corporation, Beau’s has to meet rigorous standards of social and environmental performance, accountability and transparency. They are living up to their aspirations and have won several sustainability awards in the last few years.

Beau’s Nordic Pale Ale contains locally foraged ingredients and maple syrup. This beer is one of my favorites – full of character, flavor and a true reflection of terroir.

Al McLeod from Nelson Brewing Company in Nelson, B.C. barters its weekly collection of spent grains with farmers in exchange for produce that goes back into the beer. This is a boon for the farmers as the spent grains still have a thirty per cent food value, according to McLeod.

Operating since 1991 N.B.C was certified organic in 2006 and continues to increase its commitment to the environment with packaging initiatives and the addition of Jerry Grant, their new brewer from Oregon, who has a been helping reduce their water use.

Le Castor Brewing Company in Rigaud, Quebec was named one of the "top 100 breweries in the world" by ratebeer.com in 2015.

The company features a 100 per cent organic brewery certified by Ecocert Canada. They began selling beer in 2012 and are located about halfway between Ottawa and Montreal. Le Castor has a great selection of ales in a wide range of styles.

Steam Whistle Brewing is a star in the eco-brewing movement. Its slogan, "Do one thing really, really well," is a reference to the fact that they only brew one beer - but I’d say they do sustainability well too. Using all GMO-free ingredients is just one way this Toronto-based brewery respects the environment.

Steam Whistle’s website cites an array of efforts to make things better for the earth: use of biodiesel in their delivery trucks, 100 per cent green electricity through Bullfrog Power, diverting 98 per cent of their waste from landfill sites through efficient management, and using bottles with triple the life of the average brown beer bottle.

The numerous awards hanging on the walls of these breweries, not to mention their loyal following, suggests that great ingredients and extra effort can make a difference to both the quality of beer and to the environment.