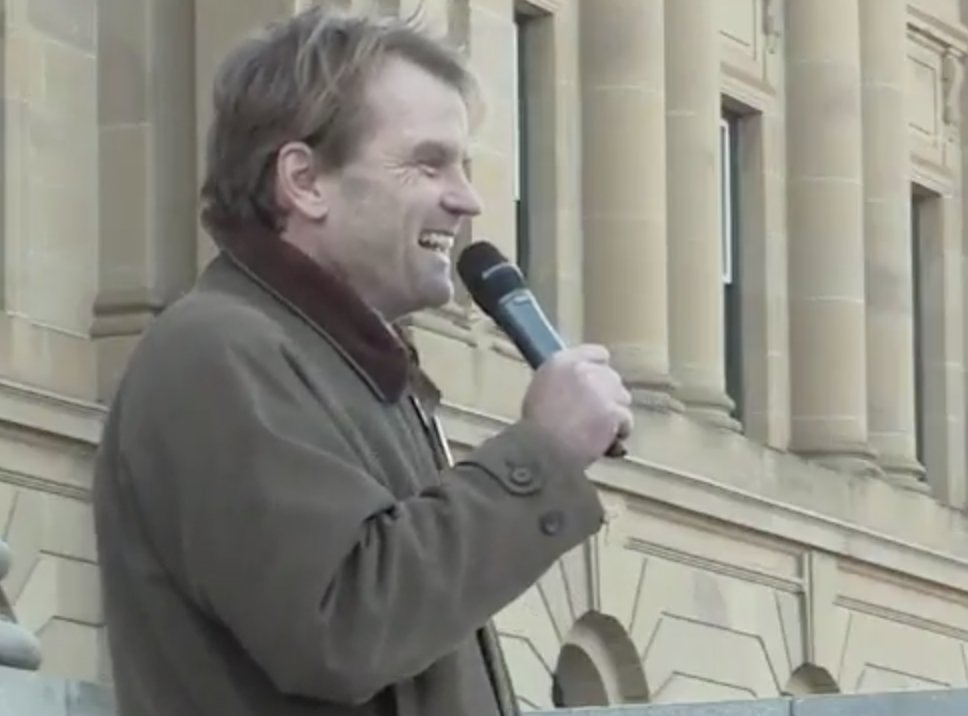 Federal Conservative leadership candidate Chris Alexander grinned and pointed to a crowd on Dec. 3 in Edmonton as it called for Alberta Premier Rachel Notley to be locked up for her policies. Photo from Twitter video.
Previous story
Next story

Federal Conservative leadership candidate Chris Alexander returned to Alberta to speak at an anti-carbon tax rally, a week after becoming embroiled in controversy over a "lock her up" chant that began while he was addressing a similar event a week earlier.

Alexander told the crowd gathered indoors at the Westin Hotel in Calgary on Sunday that he was warned by donors, media and other "establishment types" not to come back following the attention that followed a rally against Alberta's carbon tax at the legislature in Edmonton on Dec. 3.

"They're kind of saying, 'Why are you doing that? Why are you going back there?' I'm not going to fold to a bunch of politically correct people. I'm not going to let them tell me what to say or what to think," Alexander said in a video of the rally that was posted on Rebel Media's website.

Alexander was criticized by many for not doing enough at the Edmonton rally when a chant of "lock her up," an echo of U.S. president-elect Donald Trump's campaign rallies, came as Alexander was speaking about Alberta Premier Rachel Notley.

Alexander has since said he disapproved of the chants and said he tried to change the chant to "Vote her out." He led a similar chant of "Vote them out" during the Calgary event.

The "lock her up" chant became a staple at Trump rallies during the presidential campaign when he accused opponent Hillary Clinton of destroying email evidence in a congressional investigation.

Leitch, meanwhile, said she wouldn't denounce the crowd, and drew cheers when she promised to increase penalties for anyone who engages in violence or vandalism designed to disrupt natural resource development, and that anyone who supports them be charged.

"They're the ones that should be locked up," Leitch said.

No news outlet reported that

No news outlet reported that they tossed the Raging Grannies out of the rally. I guess they only believe in free speech if it is their free speech.