Opinion: Children caught in the grind of poverty and war as UNICEF celebrates 70th birthday 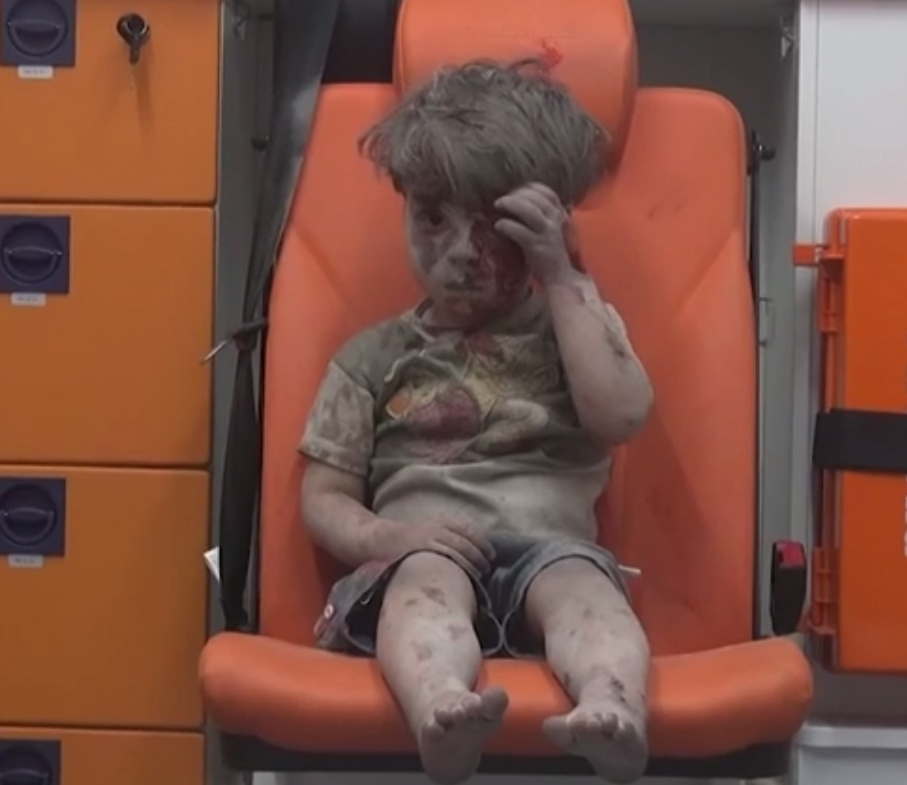 Five-year-old Omran Daqneesh after being rescued from a bombing in Aleppo, Syria, on August 18, 2016. Screenshot from video by Aleppo Media Center
Previous story

This month marks the 70th anniversary of the United Nations Children’s Fund, otherwise known as UNICEF. The UN agency is mandated to protect children's rights.

Sadly, this is becoming an increasingly untenable aspiration for far too many of the world’s children.

Leaving aside debates surrounding concerns about the UN’s bloated bureaucracy—surely a seminal point, especially when one considers that UNICEF’s particular culpability in this department—the anniversary nevertheless provides a rather useful opportunity to take stock of the state of the world’s children.

Current figures released by UNICEF estimate that 535 million children (or nearly one in four worldwide) are currently living in regions affected by conflict or disaster, often lacking medical care, education, food, and security.

Not coincidentally, the UN estimates that currently 65 million people are displaced, of which nearly half are children.

For some, their suffering somehow breaks through the dull roar to become seared onto the global psyche—if for only a brief moment. Aylan Kurdi washed up on a Turkish shore, holding an angelic pose recalling a toddler resting after his long trip. Omran Daqneesh in the back of an Aleppo ambulance, bemused after narrowly avoiding being blown to bits—his older brother was killed in the same attack. The incomparable Malala and her unbounded courage.

But for many, many, many more, the suffering takes place in anonymity. The sick and starving millions. The orphans of the HIV/AIDS pandemic. The victims of violent conflict.

Child casualties have become so commonplace as to barely merit mention in the news cycle. An estimated 15,000 have been killed in Syria since the conflict began, and there have been thousands more in countries like Iraq, Afghanistan, Congo, Yemen, South Sudan, and so on.

Children are not only victims of war, to be killed or orphaned as conflict rages through their homes.

More and more, they are unwittingly playing a more direct role in the theatre of war. Remember the girls taken by Boko Haram in 2014? At the time, the abductions caused worldwide outcry. Two and a half years on, however, many are still missing. Moreover, as Amnesty International reports, that number is only a fraction of the girls and boys forcibly taken by the group over the past number of years.

The Boko Haram example, however egregious, is not an exception. Children are used as soldiers and sex slaves in countries the world over, despite international law explicitly prohibiting this practice.

As horrific as war may be, far more children are victimized by poverty and hunger. Depending on the measure, as many as one billion children are living in poverty. In 2015, UNICEF estimated that approximately 16,000 children under five die each day, mostly from entirely preventable causes considered virtually anachronistic in a wealthy country like Canada.

Those who survive do not necessarily escape unscathed. Reputed British medical journal The Lancet found that nearly 250 million children—or about 43% of the global population under five years of age—will be stunted as they grow older.

Impairment in physical growth is mirrored by delay in cognitive development and has dire consequences for those who live to become adults. Simply put, an already drastically uneven playing field is further compounded for the most disadvantaged.

Canada and some other rich nations are not immune. Canada ranks 24th of 35 industrialized nations in terms of childhood poverty rates—at 14 per cent after transfer payments.

According to the report, the situation is worsening.

And so, while we should be aware of the plight of children everywhere, we must accept that all good work starts at home.

The Clown, the hero

Children should not have to suffer. That much is self-evident. But they do. Disproportionately so.

What can we do? What can anyone do amidst such flagrant injustice?

There are no easy answers. UNICEF’s voice—however ineffectual—remains an important one, if for nothing else but to draw attention to the carnage.

One has to believe, though, that there is something more.

Perhaps it is worth remembering Anas al-Basha—otherwise known as the Clown of Aleppo—a 24 year old Syrian children’s performer who refused to leave the besieged city, opting instead to dodge mortar fire in order to coax a laugh from the children of this Mesopotamian hell, if only for a moment.

If we need quotidian heroes in these bleak times, one need look no further than to the likes al-Basha.

The Clown of Aleppo was killed by a bomb just over a week ago, on December 1, 2016. For the sake of children, one can only hope his spirit lives on—in Aleppo and around the world.