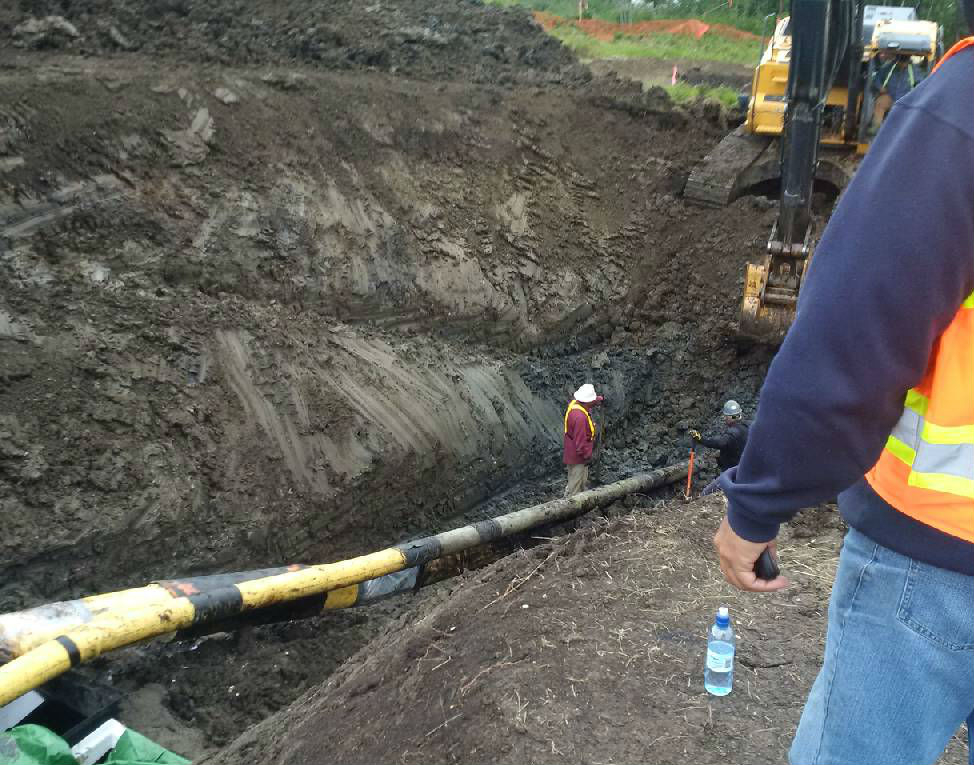 Saskatchewan's privacy commissioner says the government should release on-site test and inspection results of Husky Energy pipelines done since 2011, but the province says that's not going to happen.

Commissioner Ron Kruzeniski said in a report that he doesn't believe releasing the records would interfere with the government's investigation into Husky's July oil spill into the North Saskatchewan River.

The Ministry of Economy said an early release of documents could result in media coverage and other public pressure for the government to impose penalties or make decisions before all of the information is considered.

The ministry also indicated that release of records might interfere with a right to a fair trial if charges are ultimately laid.

The Opposition NDP had requested the test and inspection information on July 11 — only days before a Husky pipeline burst and leaked about 225,000 litres of heavy crude oil and diluent into the river.

The government refused the request, which prompted the NDP to ask the privacy commissioner to weigh in.

Kruzeniski said there would be nothing wrong with releasing factual information.

"I am not persuaded that an investigator would conclude an investigation based solely on news reports," he said Monday.

"There are many examples where publicity is given to an incident and after an investigation, charges are laid."

He said good investigators would not be swayed by publicity and would base their conclusions on facts.

"Further, I am not persuaded that this would lead to an unfair trial."

The ministry also suggested that Husky might not co-operate with the investigation if the records are released.

Kruzeniski said he doesn't buy that argument either.

He said pipeline legislation requires license holders to provide information to the ministry upon request and the records existed before the investigation started on Aug. 15.

Late Monday afternoon, the government said it will not release the information.

"One of the purposes of the Husky oil spill investigation is to examine the integrity management practices of the company. This includes a determination of whether the company complies with all applicable standards and responsibilities," the government said in an email.

The government's report on the investigation into the spill is expected early next year.

Last month, Husky Energy released its own report into the spill and said that shifting ground was to blame for the pipeline burst.

The leak forced the cities of North Battleford, Prince Albert and Melfort to shut off their water intakes from the river and find other water sources for almost two months.

Husky said it has spent about $90 million responding to the spill, and wrapped up shoreline clean-up efforts in October after recovering about 210,000 litres of what spilled.

Saucony Triumph 9 Vs 10
Ahead of the actual wedding and wedding reception, you should definitely look each of the spots concerned and determine the very best regions to adopt photographs. You will need to choose regions that have much space for your personal sizeable loved ones photographs, as well as exclusive places that catch essence of your location well for the much more romantic images. Also make sure you timetable your larger sized class pictures so you do not end up running around seeking these people.

So, when you use a few tips to maintain your way back in shape, you will find a lot less pressure lying on your back and down the road you can expect to feel a lot less discomfort. Be sure to adhere to these handful of ideas to keep your back in doing work design and operating solid for a long time into the future.Guidelines To Help You Combat Arthritis Signs

Comprar Adidas Ultra Boost 2016
Keep in mind that to achieve success in stocks and shares, you will need not just good luck. There are many those who believe that there is no expertise required, and the ones people are improper. You need to know what you will be carrying out, and incredibly discover the stock trading prior to making any expenditure.

Tend not to waste materials your cash on bed bug bombs. Alternatively, get some Alpine Airborne dirt and dust or some Phantom Aerosol and utilize the products for your bed mattress. These low-repelling merchandise is toxic to sleep pests and other pest however they are difficult to recognize, which means the pest will not conceal from using it.