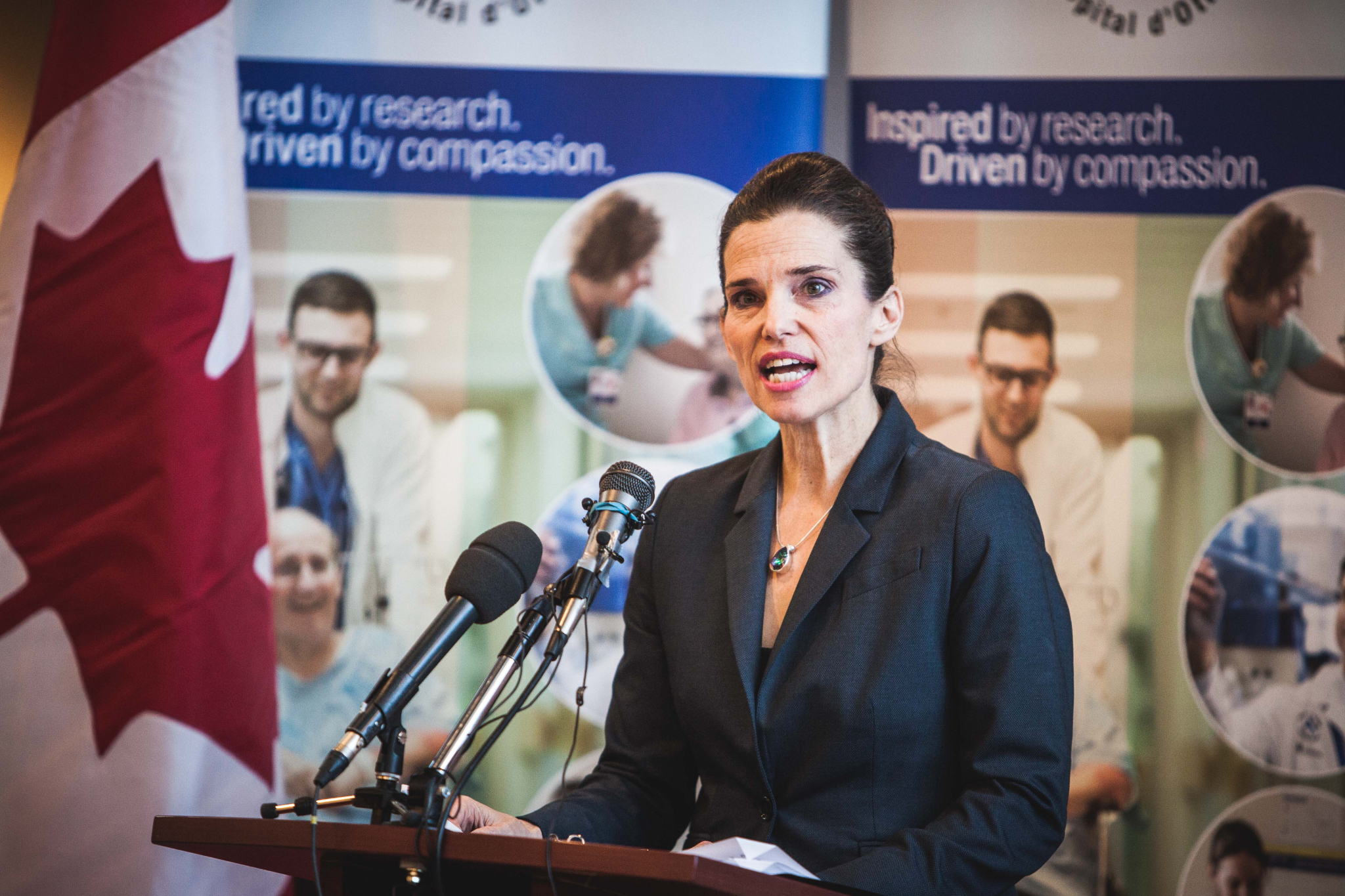 More than a year after the Trudeau administration officially ‘unmuzzled’ thousands of federal scientists, collaborative agreements between union leaders and the government have put some teeth into the motion.

The documents, negotiated by the Professional Institute of the Public Service of Canada (PIPSC), protect the right of federal scientists to speak freely about their work and research, after years of jumping through bureaucratic hoops created by the Harper government. The deal guarantees that taxpayers will have better access to the science their money is funding, according to PIPSC president Debi Daviau, and makes major headway in the “de-politicization” of Canadian science.

But despite these agreements — and the departmental policies that will complement them — she said barriers to federal science may still exist for journalists in the form of communications departments.

“Policies will be developed that let scientists know what their role is, what their responsibilities are, and how the process actually works for them to be able to speak,” Daviau told National Observer, “but at the end of the day, truly the least bureaucratic way to speak to a scientist now as a result of this agreement is to approach the scientists (directly).”

Last month, a communications advisor for the Canadian Environmental Assessment Agency declined to provide National Observer with access to a federal scientist who worked on the Pacific NorthWest LNG project, approved by the federal government in September.

New research by Simon Fraser University, Lax Kw’alaams Fisheries, and the Skeena Fisheries Commission indicated that approval of the $36-billion liquified natural gas proposal was based on flimsy evidence, but when National Observer asked to speak with a scientist involved in evaluating that evidence, the following response was issued via email:

According to Daviau, the collaborative agreements do not necessarily require federal communications staff find scientists for journalists to speak with, but do require science-based departments to develop detailed policies that enable scientists to speak in a timely way about their research with members of the press and public. They will also identify some of the “gaps” in current processes that continue to pose problems for media writing about government science, she added,

In a scrum last week on Parliament Hill, federal Science Minister Kirsty Duncan declined to comment on CEAA’s inability to provide an interview with a scientist to National Observer, but said improving access to federal scientists is a “culture change” that will take time.

“Culture change is long and it's hard, so in August, myself and Minister Scott Brison (president of the Treasury Board) wrote a joint letter to all ministers and to all departments to remind them of the change in policy,” she said. “I am sure there are going to be cases (where access isn’t possible). This is huge culture change. All I can tell you is what journalists have been telling me, and the story is, (they) can't keep up with the stories that are coming to (them).”

Not all scientists covered by agreements

The collaborative agreements were born of a March 2016 letter signed by PIPSC and a non-profit advocacy group called Evidence for Democracy, which called for infrastructure to support and protect the Liberal government’s promise to let scientists federal speak freely.

They followed up on years of silencing under the previous administration, during which many scientists claimed they were forbidden from attending conferences, speaking about their work, and forced to seek cabinet minister approval before discussing their research with the press. The gag order was paired with the gutting of federal libraries across Canada, many of which contained irreplaceable environmental research archives.

The federal government employs nearly 40,000 scientists and technicians, more than 15,000 of whom are represented by PIPSC. Daviau said most of them will be covered under the deal between union negotiators and the Treasury Board, but looping in everyone — including scientists and researchers with the National Research Council of Canada, the Canadian Nuclear Safety Commission, and the Canadian Food Inspection Agency — will take more time.

Additional bargaining will take place in the months to come, but Daviau said she doesn’t anticipate any push back in achieving the similar agreements for federal agencies, “because it’s the right thing to do.”

Kathleen Walsh, interim executive director for Evidence for Democracy, applauded the “historic” step, but agreed that more work needs to be done to cement the policies in federal offices. Additional measures could be put in place, she added, to guarantee that scientists are protected from outside influence, political or corporate.

“A safeguard like that would mean a number of policies,” she explained. “It means having whistleblower protection, it means ensuring that the evidence in science ... is free from undue corporate influence; that it follows the principles of scientific integrity — that it’s unbiased, it’s transparent. There’s certainly a lot more that can still be done. This is a great first step forward, but there’s more to do to ensure the integrity generally.”

The collaborative agreements came only one week after the Trudeau government made major strides on another science-related election promise, by launching the search for a national chief science advisor. The advisor will offer scientific advice to the prime minister, cabinet and science minister, and will advise the federal government on how to ensure its science is open to the public and well-communicated between ministries and departments.

The original Liberal Party promise was to create a chief science officer — not a chief science advisor — but Duncan said the difference is more about semantics than the position itself. It’s not a change to the party’s promise, her office explained, but rather a change in wording that resulted from a global consultation on best practices, and feedback from Parliamentarians on all ends of the political spectrum.

“We’ve decided to go with the term ‘chief science advisor’ because that’s what’s used mostly in the OECD (Organization for Economic Co-operation and Development)," Duncan told National Observer at an Ottawa press conference last week. "When you use ‘chief science officer,’ it often refers to a scientific or technical expert that leads a firm or organization. So we've gone with the standard of the OECD.”

According to the government's listed qualifications for the job, the candidate must possess a doctoral degree in science or mathematics, have significant experience as a scientific research practitioner and peer-reviewer, ​and demonstrated leadership and management experience within public or private research organizations.

Walsh, whose organization — Evidence for Democracy — promotes the transparent use of evidence in federal government decision-making, said she wasn’t worried about Duncan's change in wording. She didn’t believe it would effect the robustness, powers or effectiveness of the position, and said she believed Trudeau’s government was delivering on its promise.

“We submitted a call for consultations on the chief science officer after Minister Duncan announced it last fall, and what we submitted and described actually really matches the description that she has put out since,” she said. “A lot of it has met our asks.”

Both the collaborative agreements and the search for a chief science advisor coincide with the federal government's December celebration of Arctic Science Month, marked by the launch of a new podcast for Natural Resources Canada experts to answer the public questions about the Arctic.

At a time when scientists in the U.S. are frantically backing up federal climate and environmental data over fears it could be erased under the Trump administration, Canada's Natural Resources Minister Jim Carr said in a newly released video that Canada wanted to celebrate the work of its scientists.

"Canada's north is vast. It's natural resources are abundant and diverse. Science permits discovery. All month, we'll be highlighting the important work our scientists and engineers are doing in this fascinating part of our country."

Min Carr would like us all to take a moment to appreciate the great science at work in Canada’s North #ArcticScience https://t.co/YyCOOutWGm