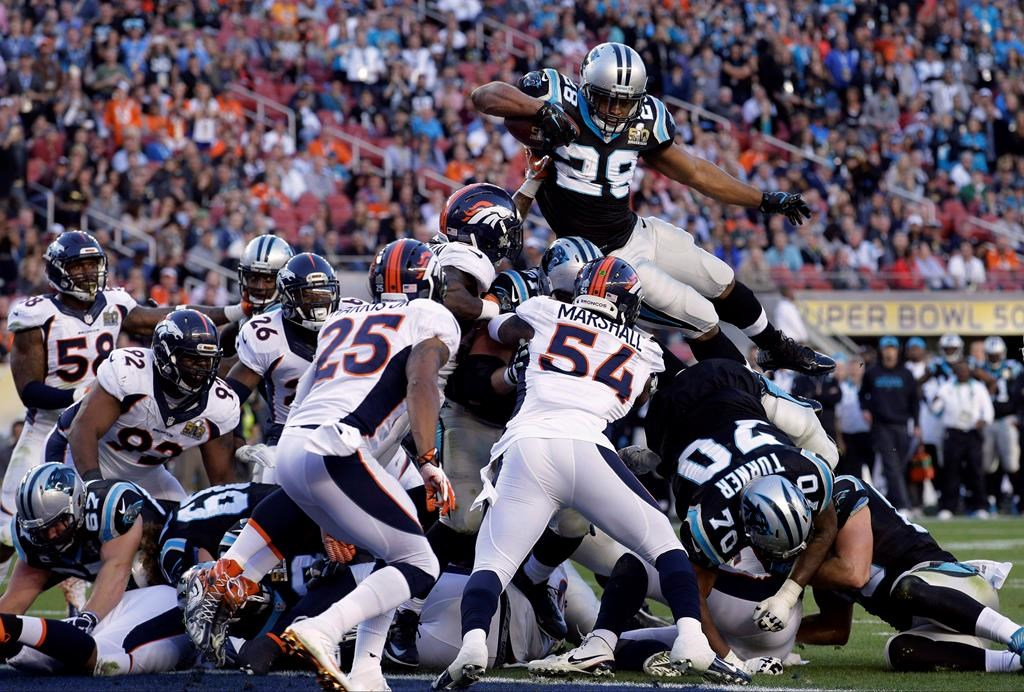 The next Super Bowl is set to air on Feb. 5, 2017. But will Canadians see the American commercials? File photo by The Canadian Press
Previous story

The company that owns the right to broadcast the Super Bowl in Canada and the National Football League went back to court Wednesday in a last-ditch effort to reverse a decision banning the substitution of Canadian ads over American ones during the big game.

Bell Media, which owns CTV, and the NFL formally filed notices of appeal of a recent court ruling upholding the ban, but made clear they're hoping the Trudeau government will intervene before the case is heard.

"Today's submission is just the latest procedure in an ongoing legal process," Bell Media said in an emailed statement.

"But there is a growing community of voices highlighting the negative impact of this decision on the Canadian creative and broadcasting industry."

Citing complaints from Canadian viewers, the Canadian Radio-television and Telecommunications Commission ruled in 2015 that simultaneous substitution of Canadian spots over the star-studded American ads played during the Super Bowl would no longer be allowed, effective the first NFL championship game in 2017, set to air Feb. 5.

In late October, the Federal Court of Appeal allowed an appeal of an earlier court decision upholding the ban, but denied a stay of the ruling until the case could be heard.

Political leaders on both sides of the border, including former Republican presidential hopeful Marco Rubio, along with unions and business groups, have recently begged the government to lift the ban if the CRTC doesn't reverse course before game day.

Two Liberal MPs, Bob Nault and Wayne Easter, have also asked the CRTC to back down, and have written to several policy-makers warning the decision is costing the Canadian economy tens of millions of dollars.

Bell and the NFL have asked for an order setting aside the CRTC decision, arguing that the regulator has no jurisdiction to prohibit the simultaneous substitution of the Super Bowl ads under its own so-called "sim sub" regulations, and that the ban contravenes the Copyright Act.

The league complained Wednesday that the CRTC has been using legal roadblocks to slow the courts in hearing the case and urged the Trudeau Liberals to step in.

"The CRTC's legal maneuverings each step of the way have only served to delay this process in an apparent attempt to run out the clock and sidestep the challenge," the NFL said in a statement.

"While the NFL continues to preserve its legal rights and press its case in Canadian courts, the League remains confident that the Government of Canada will act reasonably and responsibly before the 2017 Super Bowl to address this arbitrary attempt by the CRTC to disadvantage not only the NFL, but Canadian broadcasters and the Canadian creative community as well."

A spokeswoman for the CRTC said the regulator would not comment while the case is before the courts.

Bernier takes aim at the CRTC, says it should be phased out as telecom czar

By The Canadian Press in News, Politics | September 15th 2015