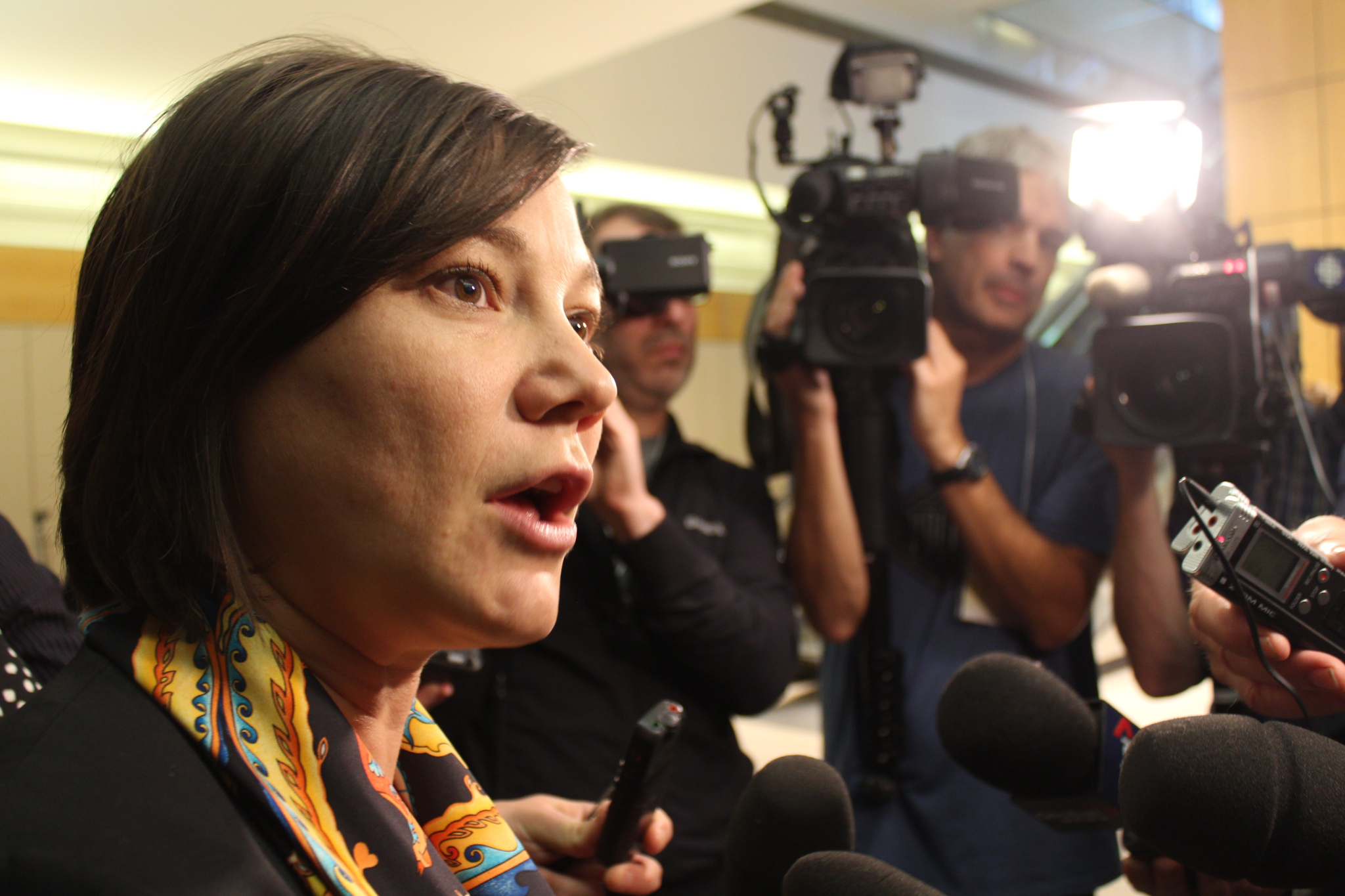 Alberta Environment Minister Shannon Phillips said the province was "still standing" a day after its carbon tax took effect, and Albertans who opposed the levy could start seeing rebate cheques within days.

But Opposition Wildrose critic Don MacIntyre said the majority of Albertans continue to oppose the tax, and that the science isn't settled on whether humans are responsible for the majority of climate change.

There is overwhelming scientific evidence, published in peer-reviewed journals, that demonstrates how human activity contributes to climate change. National science academies around the world have also confirmed that humans are responsible for most of the warming observed on Earth in recent decades.

In Alberta, the new tax is part of a larger plan to help it reduce emissions while diversifying its oil-rich economy. The tax officially began Sunday, adding 4.5 cents per litre of gasoline at the pumps as well as hiking costs for home heating.

Phillips held a news conference Monday where she addressed what she felt was "misinformation" about the levy, a day after deputy premier Sarah Hoffman held a similar media availability in the legislature building.

"There is no doubt this is a large change for Alberta. It's a large change with large rewards, and it is completely fair for ordinary Albertans have questions," Phillips said.

Like Hoffman a day earlier, Phillips stressed the link between the NDP government's new tax on carbon and the Prime Minister Justin Trudeau's approval of the Trans Mountain pipeline expansion in November.

MacIntyre, however, said pipelines were still built before there were carbon taxes, and that pipeline approvals should be based on scientific merit by the National Energy Board rather than politics.

"It is a rather typical move on the part of a socialist government to tax its businesses into insolvency and its people into poverty and then offer us a crumb or two of our own money and expect us to be grateful. Well, we're not," MacIntyre said.

The National Energy Board, the federal pipeline regulator, has also come under fire in recent years from critics who say it is too close to industry and cannot be trusted to oversee major energy projects.

Several large protests against Alberta's tax have been held at the legislature in the last few months, with critics demanding a referendum.

Phillips said the costs of the tax to Albertans will be nominal, despite opposition claims that families will pay thousands of dollars. Cheques to offset the costs, based on income from tax returns from 2015, start being sent this week, she said, and will be re-evaluated after Albertans file their 2016 returns.

She said details for rebates for energy efficiency upgrades will be announced before March.

MacIntyre argued Albertans were involved in green, energy-efficiency projects long before the NDP came to power in 2015.

But when MacIntyre was challenged by a reporter whether there was a discrepancy between his call for a science-based approval process for pipelines and his view that it's wrong to claim climate change is primarily man-made, he said the science "isn't settled."

In 2007, a report from the Intergovernmental Panel on Climate Change — a group of hundreds of the world's leading scientists — said global warming was human-made and blamed it largely on the burning of oil and other fossil fuels.

"You can't say that any more," MacIntyre said Monday. "The science isn't settled."

By The Canadian Press | News, Politics | June 4th 2016
Reports from the Race to a Safer World

The issue of humans causing

The issue of humans causing climate change was formally settled 10 years ago. Period. Media is to blame for much of the "climate skeptic" nonsense, because a decade on, they are still giving them forums and printing their ignorant statements. People see this and actually Believe what they say. It has paved the way for the atrocious mess we are now in - pipelines, Trump, tarsands, etc. It is irresponsible to continue treating the "deniers" as if their comments are credible or based on any facts, Many high profile "deniers" are paid by major multinationals to voice their agenda and media provides all the free advertising they could want. It is time to stop indulging these people and get on with climate damage control.

One can not prove anything in

One can not prove anything in science. If MacIntyre and the rest of us wait for the absolute proof he wants, we will be waiting forever, by which time it will be too late to do anything about climate change.

MacIntyre is right. The

MacIntyre is right. The science isn't settled. There may be a political consensus based on the political to make it so... But the hard facts don't match the spin we see in the media. And any conspiracy theory about why a scientist isn't politically correct is just nonsense. It takes tremendous courage to step out of line and disagree with political elites.

MacIntyre is right too. there is nothing to be done until we understand what the consequences of our actions will be, and we really have no idea. We use fossil fuels for really good reasons, and we can't just change that as an act of political will.