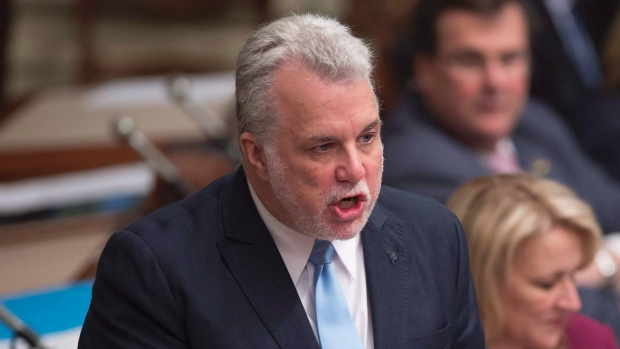 The federal government's push to close bilateral health-funding deals with individual provinces and territories appears to be losing momentum.

After talks to establish a national funding framework fell apart last month, the feds reached side deals with New Brunswick, Nova Scotia and Newfoundland and Labrador.

But health and finance ministers from the 10 other provinces and territories are now repeating their call for Prime Minister Justin Trudeau to meet face to face with the premiers to resume negotiations.

In a letter Tuesday to their federal counterparts, they reiterated their objection to Ottawa's last offer — increasing health transfers by 3.5 per cent per year and $11.5 billion in targeted funding over 10 years — because it simply isn't enough.

"The new federal government was elected, in part, on a mandate to engage in a constructive dialogue with provinces and territories to secure the future of health care."

Later Tuesday, a Trudeau spokeswoman said there were no immediate plans for a first ministers meeting on health.

In the letter, the provinces once again pointed to what they describe as an evidence-based estimate that predicts health-care costs to rise by 5.2 per cent annually. The ministers said this figure has been backed by independent organizations such as The Conference Board of Canada.

The feds have argued that they put forward a "historic" offer that is the best they could do within the confines of their own narrow fiscal framework.

Philpott has said Ottawa wants to transform the system because health-care outcomes in Canada are average compared to similar countries — even though Canadians pay some of the highest per-capita costs in the world.

A spokesman for Philpott wrote in an email Tuesday that the lines of communication with the provinces and territories remain open.

The federal efforts to reach bilateral deals appeared to drive a wedge between provinces and territories.

After the federal-provincial talks collapsed in Ottawa, the provinces seemed united in their opposition to the federal proposal. However, three provinces broke ranks and inked their own deals with the feds.