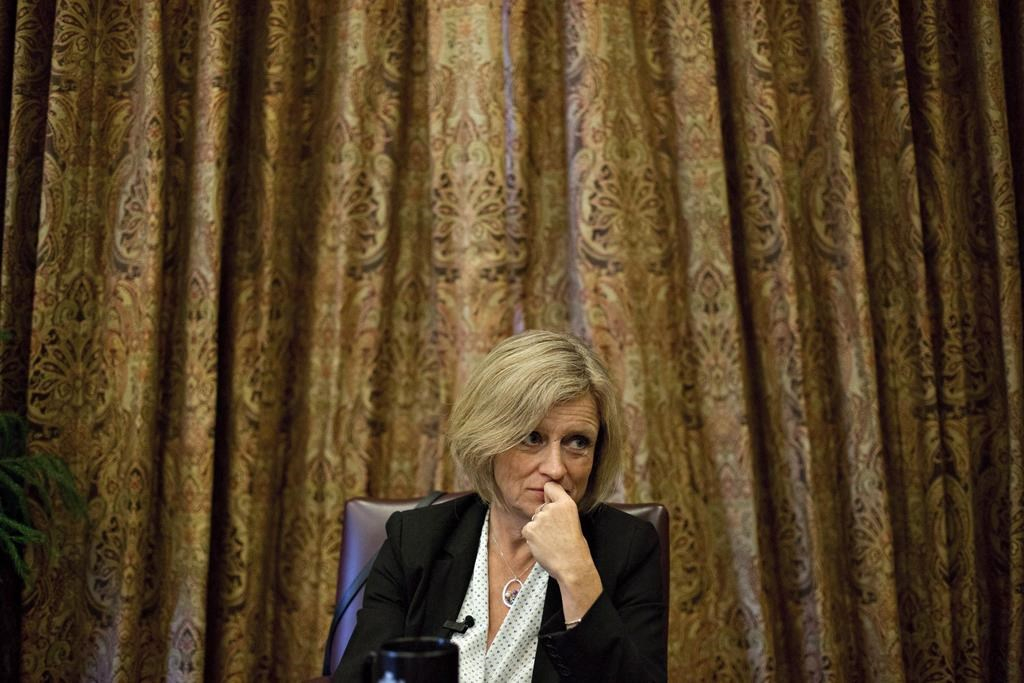 The next stage of Alberta’s carbon plan is underway, with carbon tax rebate cheques arriving to low and middle−income families.

Deputy premier Sarah Hoffman said Thursday the rebate should offset the costs of the new carbon tax for many families, and perhaps leave a bit of money left over.

"By taking some simple steps to increase energy efficiency, things like using energy efficient light bulbs (and) low−flow shower heads, you’re not only helping our environment but you’re also saving yourself some money," said Hoffman, who made the announcement at an Edmonton home.

Rebates will rise in 2018, in tandem with the carbon levy, to $300 for singles, $450 for couples and $45 per child. Full rebates will go to an estimated 60 per cent of Albertans. Partial rebates go to another six per cent. The other third — those who make more than $51,250 a year — receive no rebate at all.

The rebates are calculated and disbursed based on income tax returns.

The money is to offset the costs of the new carbon tax, which is hiking the price of gas at the pumps and home heating bills. The carbon tax is 4.5 cents per litre on gas and just over five cents a litre on diesel. Natural gas goes up by $1.011 per gigajoule.

The government estimates that direct and indirect costs of the tax will be $443 for the average family this year. Opposition parties say the true cost will be double that or more as the tax flows through the economy.

Some critics call the rebate plan fundamentally flawed given that its goal is to encourage everyone to reduce their carbon footprint.

Premier Rachel Notley has said higher−income Albertans have more discretionary income to make changes to their homes to reduce the carbon tax, while those in lower income brackets may not have that luxury.

Some companies and employers have begun passing the carbon tax on to consumers, while others are taking different approaches. In Calgary, the operator of a hockey arena is looking at turning off spectator heaters or lowering the water temperature for showers to avoid passing the costs of the tax on to customers.

Asked about this, Hoffman said, "It certainly is up to every individual and every society to decide how they are best going to curb their own emissions.

"I trust that they’ll make the best decision for themselves and the families that they support."