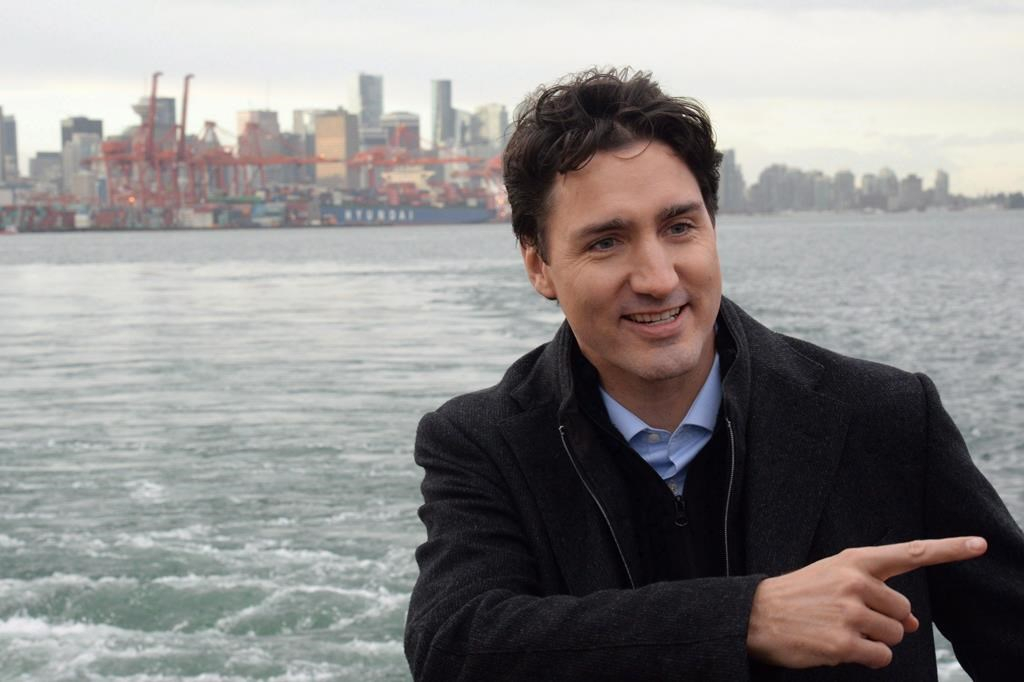 Prime Minister Justin Trudeau is ringing in the new year with a determined effort to re-establish his connection with grassroots Canadians after closing out 2016 amid accusations of kowtowing to wealthy donors at elite Liberal fundraisers.

Trudeau is planning to embark on a campaign-style tour, talking to average folks at coffee shops and church basements across the country.

His communications director, Kate Purchase, says Trudeau will make three or four pit stops each day of the tour.

It is slated to take up six or seven days over the next three weeks, interspersed with some international travel and a cabinet retreat before Parliament resumes at the end of the month.

The first leg of the tour is to start at the end of next week with Trudeau travelling Highway 401 from Ottawa to London, Ont., with an overnight at Canadian Forces Base Trenton.

That will be followed up by stops in British Columbia, Quebec and the Prairies, with events still being planned for the Atlantic provinces.

Purchase says the events will be a mix of traditional townhall-style, question-and-answer sessions and more informal mingling with people in coffee shops and church basements.

"We see this as part of a concerted effort to remain connected to Canadians, at home in their communities," she says.

"The prime minister wants to hear from them how they are feeling at the start of 2017, what their concerns and anxieties are and what we can do to help alleviate that."

The tour may also be intended to reverse the slippage in Trudeau's popularity over the final months of 2016 as he deflected allegations of unethical fundraising practices over his appearance at multiple events where donors contributed as much as $1,500 to the Liberal party in order to rub shoulders with the prime minister.

It will also feed into consultations leading up to his government's second budget, likely to be introduced in February or March.

The budget, the highlight of the winter parliamentary sitting, is expected to focus on the government's innovation strategy, which Purchase describes as anticipating economic opportunities of the future and helping middle-class Canadians take advantage of them.

While he'll be intent on reconnecting with average folks for the next few weeks, Trudeau will take a couple of days to hobnob with some of the world's most prominent government, business and academic leaders at the World Economic Forum in Davos, Switzerland, which runs from Jan. 17-20.

As he did at last year's summit, Purchase says Trudeau will use the forum to promote Canada as a stable, safe place in which to invest.

This year's summit is focused on a theme close to Trudeau's heart: developing ways to ensure the benefits of economic growth and social progress are spread more equitably, to counter the frustration over unequally shared prosperity that has led to an explosion of protectionism, populism and nativism around the globe.

Immediately following the summit, Trudeau will convene a cabinet retreat in Calgary.

He held a retreat in nearby Kananaskis country in the spring, but Purchase says the Calgary gathering will give ministers a chance to tap into the mood in the oilpatch following last fall's decisions to approve two pipelines and to impose a national price on carbon as part of a pan-Canadian climate change strategy.

Justin better choose his coffee shops carefully. Its not his fundraising I care about. If he walks into the one I frequent he will get an earful about his pathetic climate change policy and his promise to end first past the post. He has been a huge disappointment despite his attempts to fix some of Harper's destructive policies and if the NDP can pick a leader with some guts my vote is going there.

Odd headline chosen for the

Odd headline chosen for the article--'coffee shops to talk with ordinary Canadians.' What's funny is that most of the article outlines Trudeau's other travels including a major cabinet meeting in Calgary to "tap into the mood of the oilpatch." One assumes he and his ministers will chat up the million/billionaires there in the coffee shop at the Petroleum Club. The other big travel plan is that Trudeau will go to the World Economic Forum in Davos. That's where the world's richest billionaires fly in annually on their private jets--that's their "coffee shop." Some coffee shops, eh?

Forget Urban BC. No one

Forget Urban BC. No one really wants to hear what you have to say. Those like me who voted for you will be spending our time more productively to ensure that every Liberal we voted in will be gone in the next BC election.

He could easily engage with

He could easily engage with regular Canadians if he bothered to respond to those of us that have taken the time to write to him, or his Cabinet members, instead of instituting a communications black hole. There isn't even an automated response to confirm they are received. There have been a plethora of opinion-gathering projects in the last year, from the protection of waters, NEB and pipelines, bill C-51, to voting reform. The public has sent in a massive amount of feedback, that so far, has been ignored in favour of neoliberal corporate agendas. When the committee on voting reform didn't fall into line, they were accused of not doing their jobs and the report was dismissed. The voting survey was exposed as a manipulating fraud by all and sundry, yet they have defended it. After allowing us to be distracted by other dramas, they are expected to break the promise on electoral reform. FPTP got them elected, so must be protected.

I'm really tired of the games, hypocrisy, and double standards. How many times has he met with special interest (big money) oil patch groups since he was elected? Now how many times has he met with environmental groups? Comments he's reported to have made about those opposing his ludicrous decisions are dismissive at best. There is a clear bias for big donors, a very obvious dismissal of scientific facts (along with the conclusions of thousands of scientists and the breaking of another election promise), and a continuation of the decades-old war against those trying to protect other species, and the environment. This must not be allowed to continue.