By Riley Sparks | News, Entertainment | January 9th 2017
#1 of 114 articles from the Special Report: State of Journalism 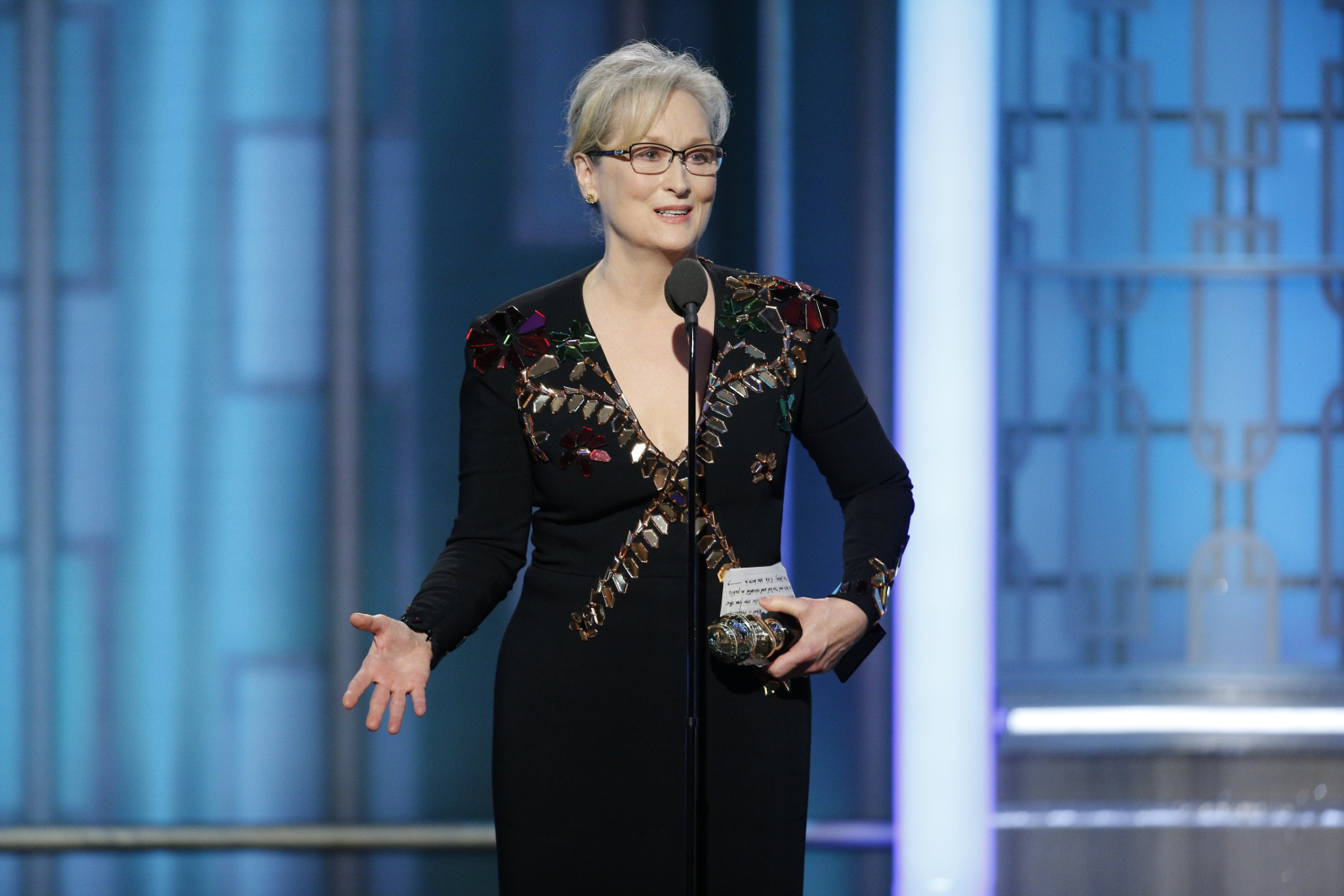 It was more than a simple slamming of President-elect Donald Trump.

Standing centre-stage at the Globe Globe Awards ceremony in Beverly Hills on Sunday, Hollywood legend Meryl Streep pledged her support to one of the Republican businessman's favourite targets: Free press in the United States.

It was raw, and powerful, and brought many of the actors in the room to tears.

“We need the principled press to hold power to account, to call them on the carpet for every outrage,” Streep said as she accepted a prestigious lifetime achievement award for outstanding contributions to entertainment. “That's why our founders enshrined the press and its freedoms in our constitution.”

She has since been dubbed "Queen of the Golden Globes."

In her impassioned presentation, Streep asked the audience to support the Committee to Protect Journalists, an organization dedicated to promoting the safety of journalists worldwide. It focuses on conflict areas and countries where journalists can't report freely, and has mostly avoided partisan politics. But the CPJ has repeatedly voiced concerns about Trump's relationship with the press, calling a Trump presidency “a threat to press freedom unknown in modern history.”

Streep avoided mentioning Trump's name but spent much of her six-minute speech calling him out.

“There was one performance this year that stunned me… It was that moment when the person asking to sit in the most respected seat in our country imitated a disabled reporter, someone he outranked in privilege, power, and the capacity to fight back,” Streep said.

She was referring to a campaign rally in November 2015 when Trump imitated New York Times investigative reporter Serge Kovaleski, who has a condition which affects his joints.

CNN reports the day Donald Trump, now President-elect of the U.S., mocked a New York Times reporter with a disability during a party rally in 2015. Video by CNN on YouTube.

“It kind of broke my heart when I saw it. I still can't get it out of my head because it wasn't in a movie. It was real life,” Streep said. “Disrespect invites disrespect. Violence incites violence. When the powerful use their position to bully others, we all lose.”

Responding on Twitter, Trump called Streep, who has both won and been nominated for more Golden Globes than any other actor or actress, “one of the most over-rated actresses in Hollywood.”

He again denied that he intended to mock Kovaleski:

In a much-shared segment in August 2016, Last Week Tonight host John Oliver made a similar plea for support for the news media, which he noted has struggled with decreasing ad revenues.

“The newspaper industry today is in big trouble,” Oliver said. “Sooner or later, we are either going to have to pay for journalism, or we are all going to pay for it.”

Mryl Streep is one of the

Mryl Streep is one of the great actresses of my generation, which DT should know, if he didn't subscribe to an absolute belief in the truth of what just came out of his mouth 5 seconds ago. Her presentation was moving, and an example of what connecting to others, feeling empathy for others, is all about. Diversity is the key to our continued prosperity; it is the engine of creativity, innovation and everything new under the sun.

That the future president of the United States shares the belligerance and bluster of the late Rob Ford is unfortunate to say the least. But it may say a great deal about where 30 years of neo-liberal free for all elites, and free loser status for everyone else, has taken us.

When the Leader of the 'free world' has to respond aggressively and without anything resembling judgement, to what anybody says about him, we're in a tragi-comic place. As resistance to his style of leadership mounts...where will he find time to govern??? His twittering will be a full time job.

Meanwhile, let's keep our eyes and ears on the men and women of the free press, and on the privileged progressives who believe in a kinder, smarter and more subtle world. Will they all stand up I wonder?