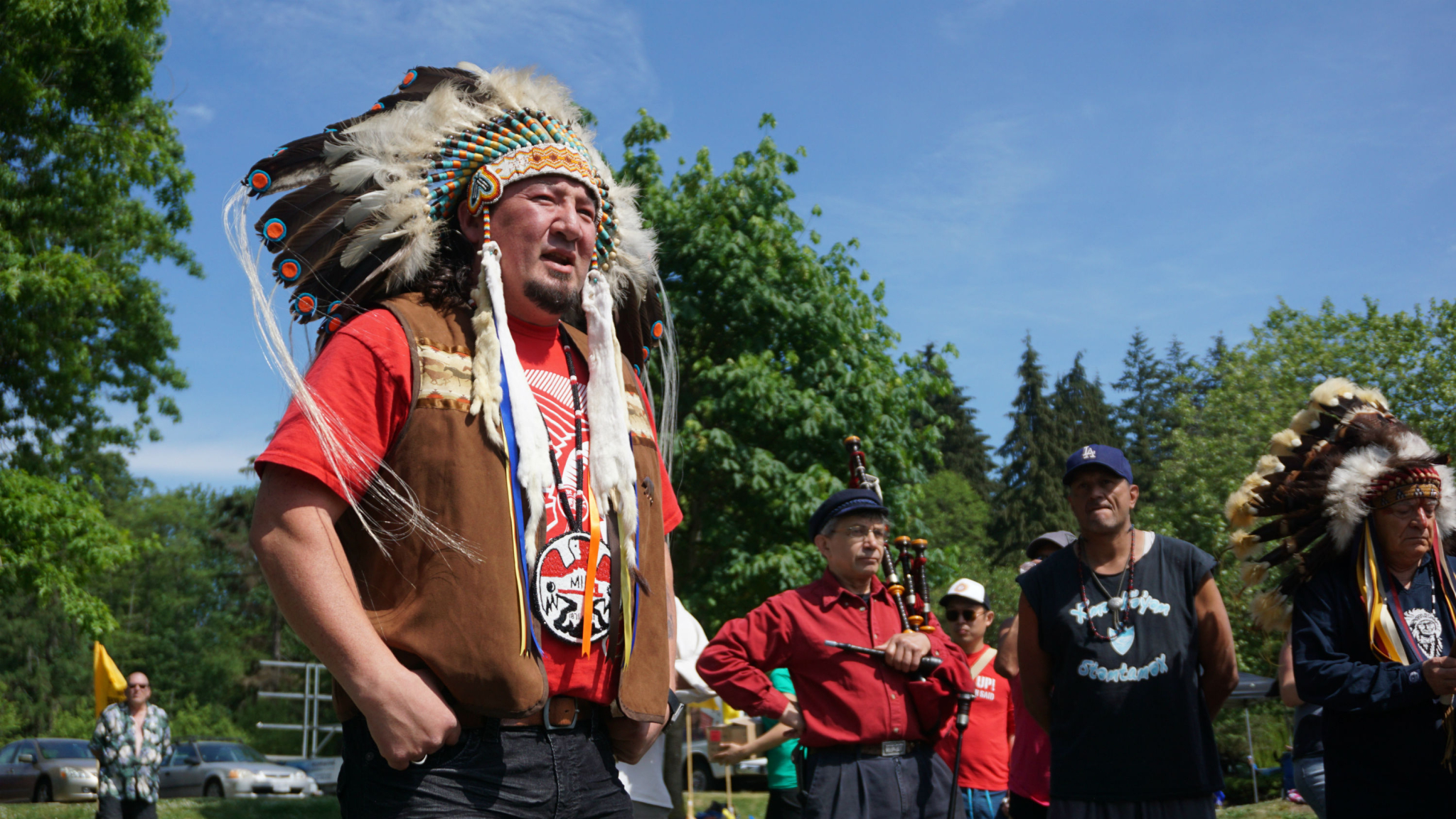 Grand Chief Derek Nepinak of the Manitoba Assembly of First Nations speaks out against oilsands expansion at a rally in North Vancouver, B.C. on Sat. May 14, 2016. Photo by Elizabeth McSheffrey.
Previous story
Next story

The Assembly of Manitoba Chiefs says it is taking further steps in its fight against the Enbridge 3 line replacement project.

The group is trying to get leave to file a judicial review with the Federal Court of Appeal with the aim of challenging Prime Minister Justin Trudeau’s approval last year of replacements to the aging Enbridge line from Alberta to Wisconsin.

The chiefs say in a news release that the project will increase Canadian pipeline capacity and make it unlikely that Canada will meet its Paris climate change commitments.

The group also contends the pipeline replacements will lead to further environmental degradation, including the risks to the watershed from spills, the effects of leaving decommissioned pipeline in the ground and other public safety issues.

Grand Chief Derek Nepinak was one of several indigenous leaders to meet this week in Alberta with actor and activist Jane Fonda, who is supporting them in their concerns over fossil fuel development.

Nepinak says the Enbridge 3 decision is "founded upon a process that marginalized indigenous voices and legal orders."

"It is a fundamental step backwards in the renewal of a nation−to−nation relationship," says Nepinak. "Instead, it stands as an example of another string of broken promises by the Canadian government that damages its relationship with Indigenous Nations and the original peoples.”

Federal Natural Resources Minister Jim Carr has said the approval of the Enbridge project and the Kinder Morgan Trans Mountain pipeline are the culmination of a thorough and improved assessment process that heard from more than 35,000 Canadians.

He has said the government believes it is necessary to build the infrastructure to get Canada’s resources to market sustainably, and the benefits to the economy outweigh the impact on the environment.