Two Canadian billionaires as wealthy as almost a third of Canadians, Oxfam reports 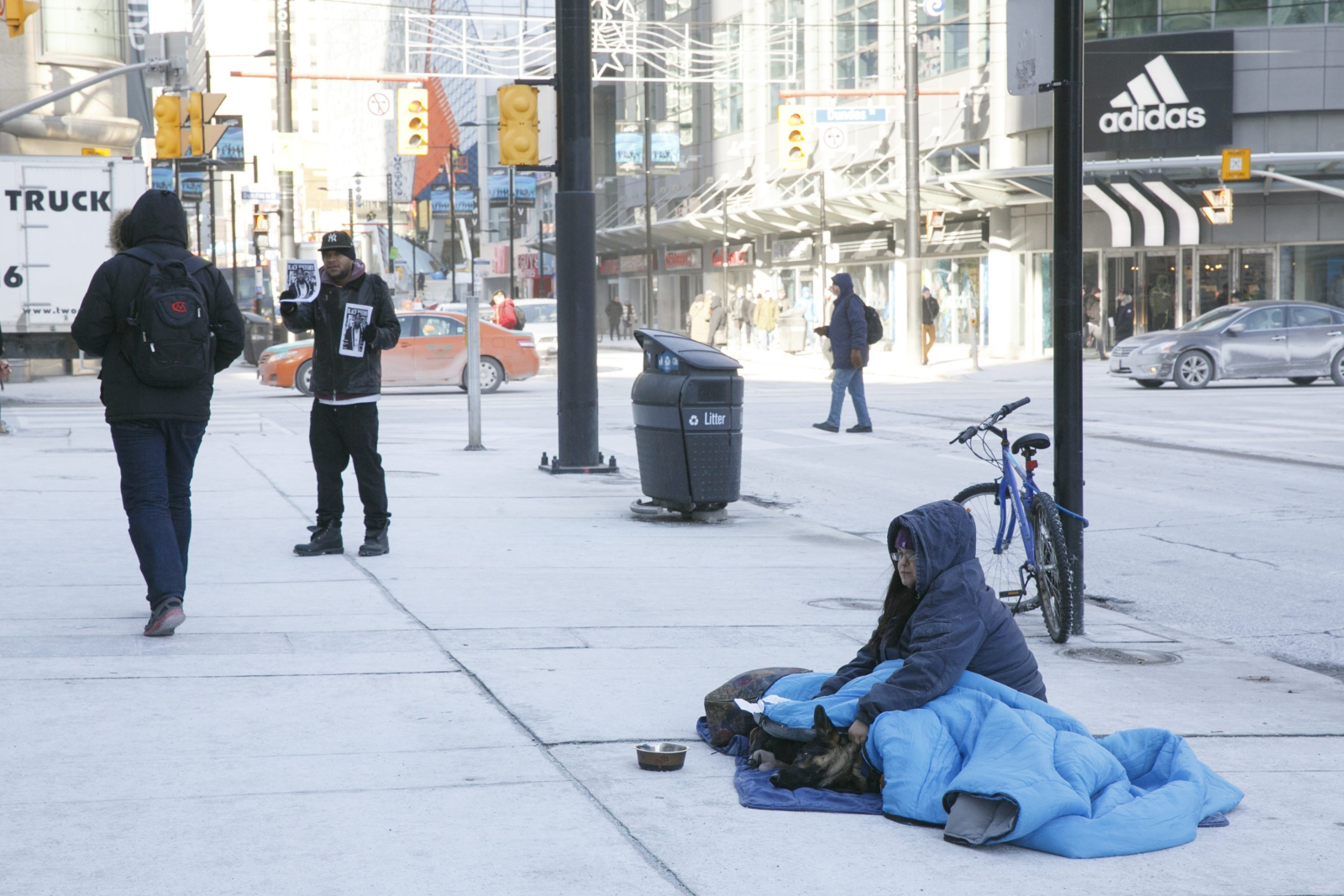 Oxfam is calling on the Trudeau government to do more to tackle income inequality. A new report from the organization says just two people are as wealthy as the bottom 30 per cent of Canadians. File photo by Canadian Press
Previous story

Two people in Canada are as wealthy as the poorest 30 per cent of Canadians, a new study on income inequality from Oxfam has found.

That's even more unequal than last year, when Oxfam reported that five Canadians were as wealthy as the poorest 30 per cent.

Around the world, the gap between rich and poor is continuing to widen: The world's eight richest people are as wealthy as the poorest half of the world – down from 62 people the year before, Oxfam reported. Oxfam released the report ahead of the World Economic Forum, which starts on Tuesday in Davos, Switzerland.

The report is based on global wealth data from Credit Suisse and the Forbes billionaire list.

“What we're concerned about is that we're realizing the problem is getting worse,” Lauren Ravon, Oxfam Canada's director of policy and campaigns told National Observer.

The income gap is getting worse

“For many years Canada was relatively more equal than many other developed countries, many other rich countries, and then in recent years it has been getting worse,” Ravon said.

In Canada, the richest one per cent hold 26 per cent of the country's total wealth, Oxfam reported. The country's 33 billionaires own a combined $112 billion.

At the top of the list is media owner David Thomson, who is worth about $31.2 billion and is ranked 25th among the world's billionaires. The next Canadian on the list, grocery magnate Galen Weston, is worth about $12.2 billion but comes in at just 120 in the world.

At the other end of the economic scale, Ravon said, are many single working women, indigenous people, recent immigrants and people with disabilities. One of the most persistent inequalities remains the gender wage gap.

“Women have record high levels of education, are entering the work force massively and yet they're still making less and they're still employed in sectors that are less valued by society,” she said.

No women among Canada's billionaires

That has barely changed in 30 years, she added. There are no women among Canada's billionaires, and men still make up 79.5 per cent of the top one per cent in Canada. And men are still paid more than women in at least 90 per cent of jobs tracked by Statistics Canada, the report notes.

Income inequality can become self-reinforcing, explained Jordan Brennan, an economist with Unifor, Canada's largest private sector union. “It becomes harder and harder to climb up, because there's nothing to climb up to. You can't jump from an entry-level position to an executive position,” he told National Observer.

And with widespread unemployment or underemployment, he said, workers are less likely to ask for wage increases or push for better conditions – they're just happy to have work.

“What you end up creating are these hourglass-looking labour markets,” he said. “You've got a large number of people congregating at the bottom in low-wage, precarious, insecure service sector jobs that are poorly-compensated with no retirement security, and then the super high-end jobs. There's nothing in the middle.”

Canada added almost no full-time jobs last year – just 60,400, Statistics Canada reported in an end-of-year-review last week. That's less than half as many as were added in 2015. The labour market grew overall, but almost three quarters of the 214,1000 jobs added last year were part-time.

Those numbers line up with an assessment from CIBC's deputy chief economist Benjamin Tal, who warned late last year that Canada was experiencing a “slow but steady deterioration” in the distribution of stable, high-paying jobs.

“How sustainable is our society going to be in the long term, if there are fewer and fewer opportunities for people?” Brennan asked.

Nowhere in Canada is that more evident than in British Columbia, said Deanna Ogle, campaign organizer for Vancouver-based Living Wage for Families.

“We have the widest divide between those who are doing more than okay and those who are struggling to make ends meet,” Ogle told National Observer.

A 2016 report from First Call, a coalition of child and youth advocacy groups in B.C., found that the wealthiest 10 per cent of families in the province earned slightly more than the poorest half of residents – 27 per cent of total before-tax income for the wealthiest compared to 25 per cent for the poorest.

It's not improving, Ogle said: “We see that in our communities. Families that used to be doing okay are now struggling.” To start closing the gap the problem, the organization wants the B.C. government to increase the minimum wage and work towards a living wage.

That's one of several measures Oxfam would like to see across Canada.

“Each province needs to set its minimum wage, but just the federal government giving the signal that no one in this country should be working for poverty wages is an important signal to send,” Ravon said.

In the next federal budget, she said Oxfam also wants to see increased federal spending on social services, including child care and services for indigenous people. The organization is also urging the federal government to introduce pay equity legislation to address the gender wage gap.

“They've promised it but they're dragging their feet,” Ravon said.

The report also calls on governments around the world, including in Canada, to introduce more progressive taxation, cut down on tax breaks for corporations and take stronger action on tax evasion.

That is a bloody crime!

That is a bloody crime! Seems to me we're just repeating the scene in the first 50 years of the industrial revolution. What a yo-yo of government ignored inhumanity!