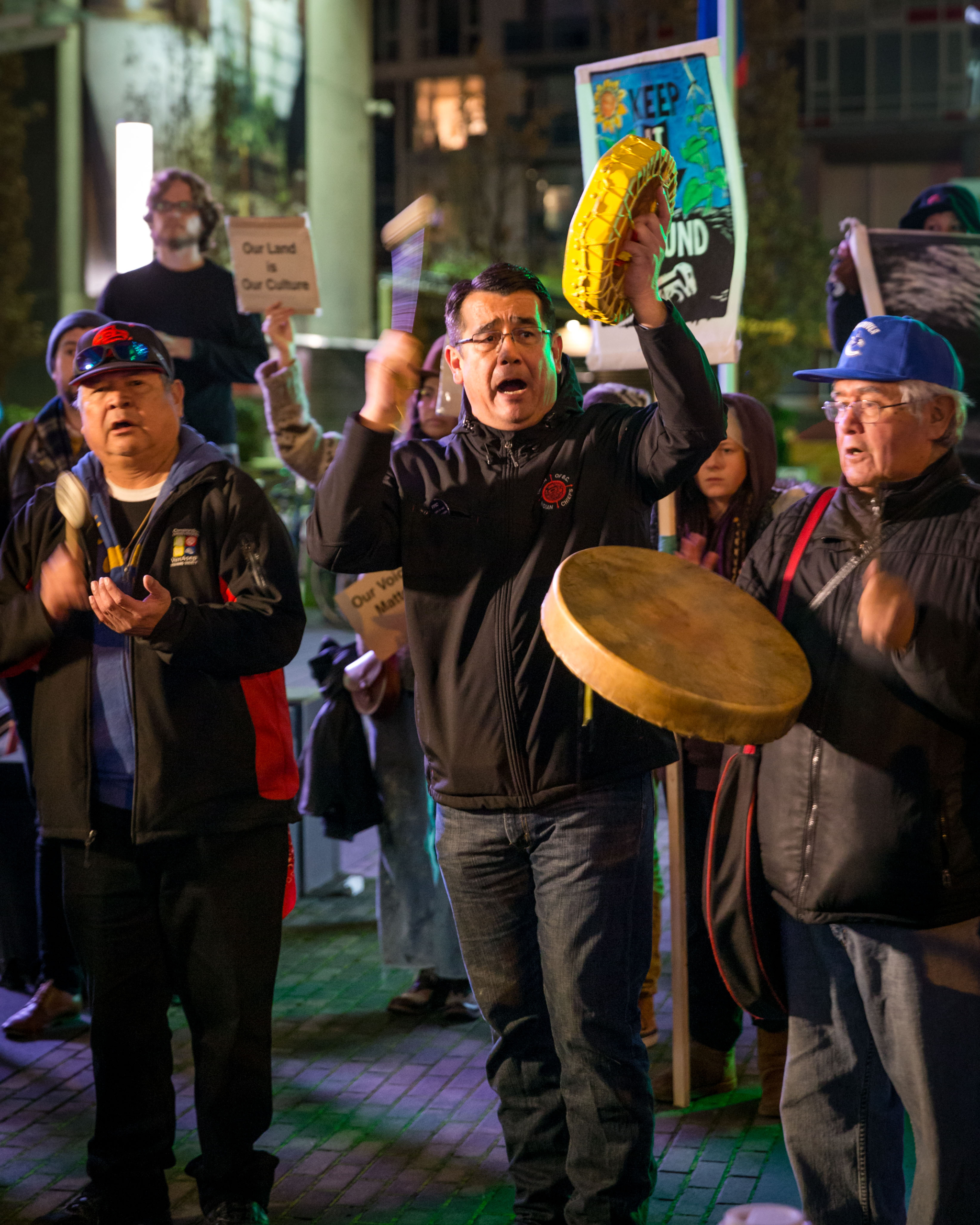 The Coldwater Indian Band south of Merritt, B.C. has added its name to a chorus of groups challenging federal approval of the controversial Trans Mountain expansion in court, alleging that the pipeline project could do irreparable damage to its only viable source of drinking water.

Kinder Morgan's hotly-debated pipeline proposal may have approval from federal and provincial governments, but a flurry of recent lawsuits from First Nations and environmental organizations, including the Coldwater, could stall the planned start of construction in September 2017.

The pipeline expansion would skirt the edges of the First Nation's territory in B.C.'s Coldwater Valley, near an underground aquifer that provides well water to the 856 residents of the small agricultural community.

"We want to make it clear that we’re going to stand up for our water,” Coldwater Chief Lee Spahan told National Observer on Tuesday. “My band’s situation is just like what the Standing Rock Sioux were facing — our primary source of drinking water is under threat and there is no need for it. Coldwater Chief and Council are gravely disappointed by the Crown’s failure to take our concerns seriously.”

Oil spill damage could be "irreversible"

The expansion proposed by Texas-based Kinder Morgan would triple the capacity of an existing pipeline system to ship more than 890,000 barrels of oil per day from Alberta to the West Coast. It was recently approved by both the B.C. and Trudeau governments, subject to nearly 200 federal and provincial environmental, financial, and technical conditions.

The existing Trans Mountain pipeline, said the First Nation's lawyer Matthew Kirchner, already runs through Coldwater's traditional territory, and the band does not want a second pipeline nearby, threatening to spill heavy oil into the aquifer that supplies local drinking water. In a November 2016 letter to Coldwater, he said the federal government's consultation lead recognized that if hydrocarbons were accidentally discharged from the pipeline, the contamination to the aquifer could be "irreversible."

"The Crown consultation lead acknowledged that having information on how a pipeline could affect the aquifer was, in their words, 'essential,' and that the impact on the aquifer could be effectively irreversible if there were a leak," he explained. "But despite acknowledging that, they went ahead and approved the project without what they say is essential information about the aquifer and how it could be impacted."

Putting the "cart before the horse"

The federal government has ordered an impact study on Coldwater's aquifer as part of its project approval, but Kirchner called the study "too little, too late." No matter what the study uncovers, he said the federal government doesn't have the authority to reverse its decision on the project, and the proponent has no obligation to reroute it.

Chief Spahan equated the condition with "putting the cart before the horse."

"I can't see why they would approve it first and study it after," he said. "They’re not even respecting what we want as First Nations... We depend on that drinking water."

In its application to the Federal Court of Appeal, the Coldwater Indian Band alleges that Kinder Morgan failed to identify the aquifer in its planning and potential impacts on the aquifer were not studied prior to federal approval of the expansion, beyond recognition that harm could be done. Trans Mountain had initially tabled an alternative pipeline route that did not threaten the aquifer, said the band's press statement, but that route was withdrawn due to its greater cost.

Coldwater was not consulted or notified of this withdrawal, Chief Spahan said.

“The Crown’s decision to put our drinking water at risk merely because Kinder Morgan does not want to consider another viable, but more costly, alternative route through our territory is profoundly troubling,” he said in the release. “We asked the Crown to take our concerns seriously and to avoid unnecessary risks to our water and way of life. They have failed to do so."

A flurry of legal trouble

In an email statement to National Observer, Trans Mountain declined to address the band's lawsuit directly. Instead, its media relations department said it has been engaging with Coldwater since it submitted its National Energy Board application in 2013, and that discussions since then have focused on addressing the community's concerns related to rights, title, and protecting its aquifer.

"We share the same objective of ensuring the construction and operation of the Project minimizes impacts to the environment and specifically, the Coldwater aquifer," said the email. "We have worked, and will continue to work, diligently to achieve this in cooperation with Coldwater, the National Energy Board and the B.C. Environmental Assessment Office."

Both B.C.'s Squamish First Nation and Tsleil-Waututh Nation are among the indigenous groups that have already filed court challenges against the project, citing lack of consultation and an incomplete evaluation of the project by the federal regulator, the National Energy Board. Two environmental organizations, the Living Oceans Society and the Raincoast Conservation Foundation, have also filed for a judicial review of the Canadian government's approval on grounds increased shipping tanker traffic would pose too great a risk to the endangered southern resident killer whale, a species legally protected by Canada's Species at Risk Act.

The Trans Mountain expansion is a $6.8-billion proposal that Kinder Morgan says will safely deliver Canadian oil to new markets while generating new jobs and other economic benefits. At least 21 municipalities and 17 First Nations oppose it, however, due to potential risks to sensitive marine and terrestrial ecosystems.

Trans Mountain and the Crown responded to Coldwater’s Notice of Motion on Jan. 16, and the First Nations has five days to respond to Trans Mountain. After that, the Federal Court of Appeal will decide whether Coldwater’s court challenge can proceed. The expansion project is expected to break ground in the fall.

I would really like to know where those new markets are. According to many analysts and traders, tankers that are going through the port of Vancouver are to small to make it profitable for KinderMorgan and other Canadian crude oil producers to ship their product to Asia. The price for crude would have to be low enough to compensate for the cost of transporting the oil across the Pacific. The most profitable market for KinderMorgan is the one where it is actually been sending its product for many years, the U.S. West Coast. Canadian oil producers have been able to ship Canadian crude oil trough the U.S. Gulf Coast port facilities (the U.S. allows Canadian Oil producers to ship their crude if not mixed with U.S. oil products). Despite having the possibility to ship their crude to foreign countries other than the U.S., no new markets have been open to Canadian crude oil. According to quarterly reports by the NEB on "Canadian Crude Oil Exports by Type and Destination", the only type of crude oil that Canada exports is light conventional crude oil (around 25,000 b/d or 0.8% of Canada's total production) produced on the eastern coast of Canada. Until the price of crude oil goes back up to where it was in 2014 and differential in price between the WTI and Brent widens, the only market that is profitable for Canadian oil producers is the U.S.