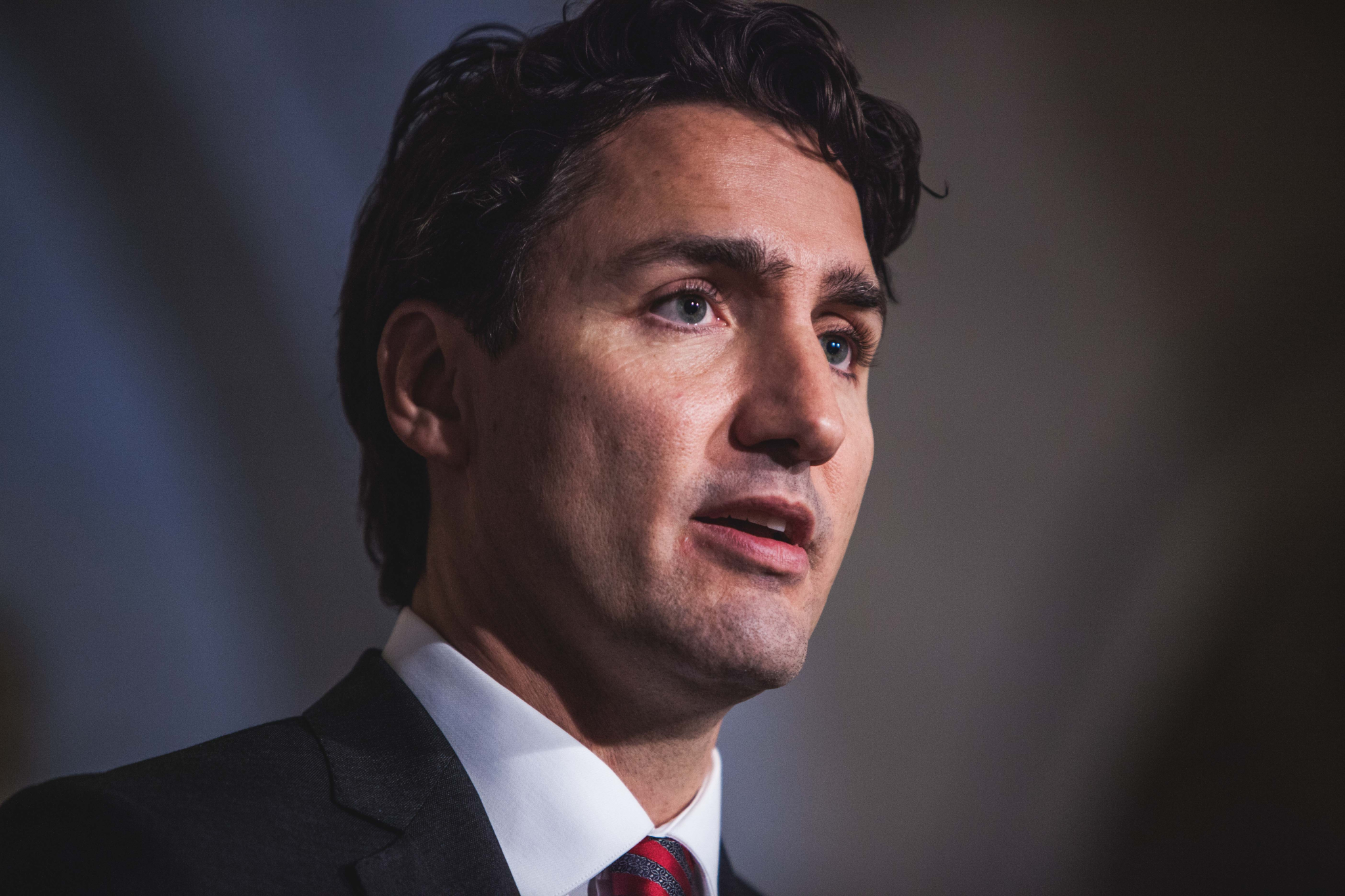 Prime Minister Justin Trudeau says he should have chosen different words when he talked about phasing out the oilsands earlier this month and unleashed anger in economically ailing Alberta.

"I misspoke," he said Tuesday at the end of a two-day cabinet retreat in downtown Calgary, where the prolonged downturn in oil prices has emptied out floors and floors of office space.

"I said something the way I shouldn't have said it."

Trudeau enraged many in Alberta when he said of the oilsands: "We need to phase them out."

"We need to manage the transition off of our dependence on fossil fuels," he told a town-hall meeting in Peterborough, Ont. "That is going to take time. And, in the meantime, we have to manage that transition."

Trudeau's position is similar to a policy adopted by former Conservative prime minister Stephen Harper when he joined a 2015 commitment by the world's seven largest economies to "phase out" fossil fuels before the end of the century.

The unemployment rate in Alberta, where the economy largely centres on the oil and gas sector, was at 8.5 per cent in December, higher than the national rate of 6.9 per cent. Tens of thousands of people have lost their jobs over the last few years.

Trudeau said he knows Alberta is going through tough times.

"I have said many, many times that I will not run against Alberta, that I understand the jobs here are essential to the families who live here but also essential to our Canadian economy," he said.

"People are happy to jump on words and try to make political hay out of it. I understand that and I certainly have accepted that this is the way this political world works."

He said petrochemicals from the oilsands will always be valuable — even though the world is moving away from fossil fuels. And he touted energy companies' emissions-curbing technological innovations.

The Liberal government is also hopeful the cross-border Keystone XL pipeline, killed by former U.S. president Barack Obama in 2015, will soon be revived under the newly installed Trump administration. Trump signed an executive order Tuesday to push Keystone forward, although it was short of details.

Greenpeace campaigner Keith Stewart said Trudeau should admit the oilsands do need to be phased out — sooner rather than later.

"I understand that the prime minister is under enormous pressure to pretend that the oil boom will last forever, but a leader should be honest about what it will take to avoid dangerous levels of global warming," he said.

"That means starting to phase out fossil fuels now and getting it done by the time my kids are my age. If we don't manage that change, the world market will force it on us and the oil-price drop gave us a preview of what that looks like."

The prime minister had a town-hall meeting planned in Calgary on Tuesday night.