Conservatives strive for focus, unity in next sitting of Parliament 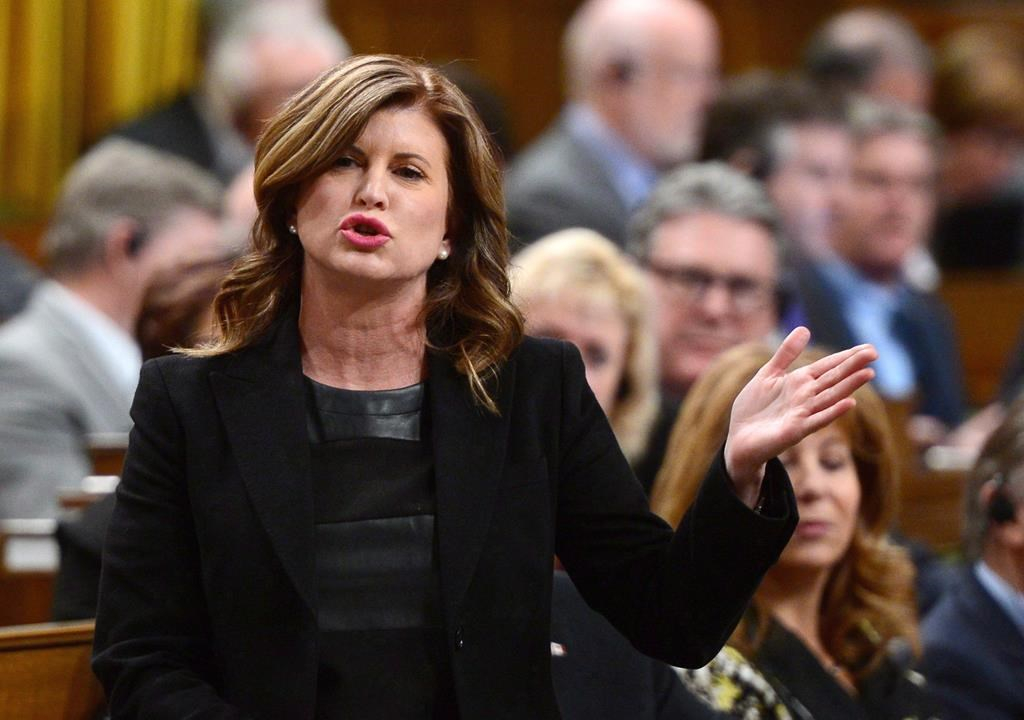 Interim Conservative Leader Rona Ambrose and her caucus are in Quebec City for a two day retreat. File photo by The Canadian Press
Previous story
Next story

Conservative members of Parliament are gathering in Quebec City today for two days of strategizing before next week's return of the House of Commons and their final months with Rona Ambrose as interim leader.

With the race to replace Ambrose ramping up and a change of government south of the border upturning the political status quo, the goal for the party's 97 MPs is simple: stay focused on the singular goal of holding the prime minister to account.

They aren't wanting for ammunition.

Whether it's Justin Trudeau's travels on board the Aga Khan's private helicopter or a U.S. administration with little apparent affinity for cross-border trade or cutting carbon emissions, there's plenty of fodder for question period.

And if Justin Trudeau thought his Jaunary town-hall tour has changed the political channel, the Conservatives plan to change it right back, house leader Candice Bergen said in an interview.

"He is out of touch," Bergen said. "We saw it before the election and now Canadians are seeing it too."

The Conservatives have their own challenges, however, including presenting a united front to Canadians while in the midst of an escalating battle to choose a new leader.

There are 14 candidates in the race, and 10 of them are sitting MPs. As they've clamoured for front-runner status, they've started to attack each other more directly in debates and via press releases as the May vote draws nearer.

Keeping that rancour from seeping into the party's work on Parliament Hill might be beyond her control, Bergen acknowledged. The key will be to focus on the main message: "We really are the only party talking about the taxpayer."

Of course, everyone is talking about Kevin O'Leary.

The brash businessman-turned-reality-TV-star, whose political aspirations ape those of the newly elected president of the United States, has officially joined the race to lead the Conservatives, and is the presumptive front-runner.

His rivals are taking a wait-and-see approach to esstablish just how much of their support they're likely to lose to him, both from the party's rank-and-file membership and the heavy hitters within the party.

About two-thirds of the party's members of Parliament have already publicly endorsed a candidate, with the most coalescing behind former Speaker Andrew Scheer.

Given the crowded field and the fact party members will use a ranked-ballot system when they vote May 27, the names they mark as second and third choices — as well as who those candidates tell their supporters to back — will be very much a factor.

The jockeying for support is creating some tension, said Quebec MP Bernard Genereux, who thought that tension was apparent during the French-language leadership debates in Quebec City earlier this month.

Despite pressure on him to pick a side, Genereux said he's staying neutral. As chair of the party's Quebec caucus, he wants to keep the atmosphere there calm and united, he said, and remaining out of the race is the only way to do that.

"It's a normal process, there will be some teams and between those teams there will be distance," he said in an interview. "But when it's over, well need to turn the page and move on."

Both Genereux and Bergen also credited Ambrose for her success so far in keeping the party united. Many Conservatives still lament the fact she's ineligible to be the permanent leader, but she nonetheless leaves a legacy, Genereux said.

"She's changed the image of the party."

Added Bergen: it would have been easy to just sit back and wait for a full-time replacement, but that's not what Ambrose did.

"With so many people putting their names forward, the job is seen as a prize — the opportunity to run the country — because Mr. Trudeau has made a lot of mistakes."

As a result, she said, the party is better and healthier for it.