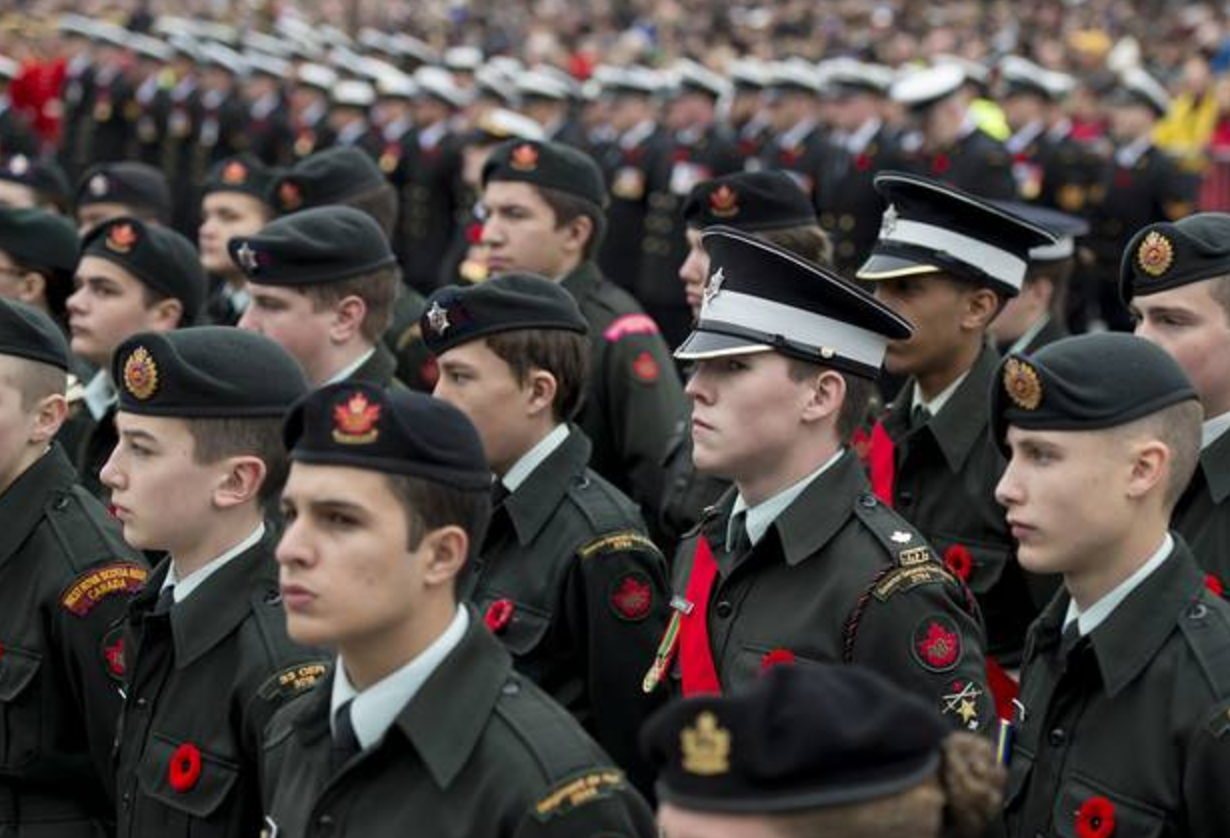 Canadian cadets who suffer from long-term injuries or illnesses while in uniform should get similar support to their superiors, says a watchdog report. File photo by Canadian Press
Previous story

The Canadian Forces ombudsman is taking the military to task for its treatment of ill and injured cadets, saying little has changed since a deadly grenade explosion at a cadet camp in 1974.

In a report to be released Thursday, ombudsman Gary Walbourne says the military must do more to ensure cadets who suffer long−term injuries or illness while in uniform get similar levels of support and compensation as their instructors and other service members.

That isn’t currently the case, says the report — cadet instructors and serving military personnel are eligible for large disability payments and other supports that cadets themselves are unable to access.

"Overall, we found that Canadian cadets, although treated fairly following minor incidents, are not treated on par with Canadian Armed Forces members or civilians involved in cadet activities when it comes to compensation for serious, life−changing injuries and illness," says the report.

Walbourne says little has changed in the more than 40 years since a live grenade exploded at a cadet summer camp in Valcartier, Que., killing six teens and leaving dozens of others with lifelong physical and psychological injuries.

The federal government is negotiating compensation for those cadets after an earlier report from Walbourne concluded that the surviving cadets did not get the same physical, mental or financial assistance as instructors and serving personnel.

Today’s cadets, Walbourne said, are facing the same challenges, and yet the only way they or their families can receive the same benefits is to go to court. Otherwise, the maximum cadets can receive for a life−long injury or disability is $20,000.

Civilian volunteers, on the other hand, are entitled to up to $100,000 while regular military personnel and reservists could receive $250,000, in addition to workers’ compensation or other support through Veterans Affairs Canada.

"When it comes to access to long−term care and compensation, not much has changed since the 1974 Valcartier grenade incident," the latest report says. "More needs to be done to support our most vulnerable participants of the cadet program."

In a letter responding to the ombudsman’s report, Defence Minister Harjit Sajjan said National Defence will review the findings with an eye towards ensuring cadets are properly cared for.

About 54,000 Canadian youth between the ages of 12 and 18 are enrolled in the land, sea and air cadets. The program has a budget of about $250 million and relies on serving personnel, reservists and instructors drawn from local communities who receive special commissions as military officers.

Military officials say the program is designed to teach youth how to become good citizens. It is also seen as an important way to familiarize young people with the Canadian Forces.

Cadets are not serving military members, but the report says National Defence and the Canadian Armed Forces have a responsibility to provide "accessible and equitable support to cadets (and their families) if they are injured, become ill or die as a result of events falling under their supervision."

The ombudsman’s report does not provide details on how many cadets become hurt or sick while in uniform each year.