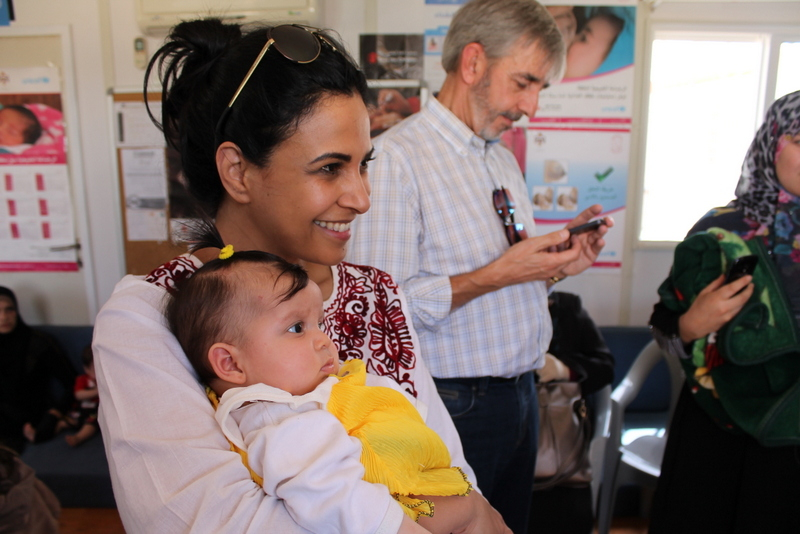 Zahra Al-Harazi, a Yemeni-Canadian entrepreneur and UNICEF Ambassador, was in Las Vegas when her inbox started filling up with messages asking if she was alright.

"Friends from around the world were texting me, 'Are you OK? Where are you?'" she told National Observer over the phone. Slowly, it began to dawn on her that after she returns to her home in Toronto on Monday, she may not be able to come back to the United States anymore.

Al-Harazi was shaken by the implications of President Donald Trump's executive order banning newcomers from seven countries — Iran, Iraq, Libya, Somalia, Sudan, Syria and Yemen — from entering the country for the next 90 days.

Even though the White House has backed down from imposing the policy on U.S. green card-holders and confirmed Canadians won't be affected, she said she's still shaken by what her friends experienced over the weekend, some of whom were just returning from holidays or business trips. She said one of her friends, an Iranian-Canadian businessman who owns a company in the U.S., was turned away at the border on Saturday.

"He owns a home and a business in the U.S., and employs many Americans," Al-Harazi explained in disbelief. "He left Iran when he was five, and he hasn't even been to Iran since."

Despite holding Canadian citizenship, Al-Harazi is a frequent traveller to the U.S.. One of her daughters was born in Texas, the other in Missouri, while her son was born in Yemen.

Normally, Al-Harazi said she crosses the border once a month for family visits and public speaking events, but all of this might change as a result of the 90-day ban, which the Trump administration announced abruptly last Friday. She has received messages all weekend from her adult children, she added, all of whom have dual Yemeni citizenship and wanted to know how this would affect them.

“It’s frustrating," she told National Observer. She said her family often plans gatherings in the U.S., and that the new executive order makes it very difficult to plan around this.

As the Canadian Ambassador to UNICEF Canada and an award-winning entrepreneur, Al-Harazi is an honoured Canadian immigrant.

After arriving in Canada from Yemen as a young mother with three children, she went to Alberta College of Art and Design and built a career in communications and marketing. She established Foundry Communications, an award-winning marketing company, was named Chatelaine's top entrepreneur of the year in 2011, and was one of the Royal Bank of Canada's 25 Most Influential Immigrants in 2013.

She has also been awarded the Queen Elizabeth II Diamond Jubilee Medal for her contributions to Canada.

Al-Harazi was stunned by Trump's order to block refugees — it not only targets seven countries that have not been the source of any fatal attacks on U.S. soil in the last two decades, but also excludes countries involved in the 9/11 attack on New York City.

A child in Yemen, longing for the "American dream"

Growing up in Yemen, Al-Harazi remembers how she and everyone around her looked up to the U.S. as a bastion of freedom.

"You know, it’s interesting, because when I grew up, as kids, we completely believed in the American dream," she said wistfully. "America was this faraway, magical place, with freedom and rights...and everyone was equal.

"Everyone else in Yemen had stars in their eyes thinking of America as this ultimate dream. That poem of the Statue of Liberty, that’s what we knew... but now I think about Yemen, and what they’re seeing now. It’s a completely different way of looking at America than when I was a kid. It’s sad to see that."

Even in the poorest country in the Middle East, with little food security and unreliable electricity, she said people knew the famous words inscribed at the foot of the Statue of Liberty: "Give me your tired, your poor, Your huddled masses yearning to breathe free... Send these, the homeless, tempest-tossed to me, I lift my lamp beside the golden door!"

And despite profound disappointment with Trump's latest orders, Al-Harazi said she remains hopeful about the U.S. and American values. The refugee ban, she said, is not reflective of what the country represents.

Al-Harazi fled war in Uganda — her father had just seven dollars hidden in his shoe. She came to Canada when war broke out in Yemen. As someone who understand the plight of refugees and immigrants personally, she said it breaks her heart to imagine what newcomers to the U.S. will face in the months to come.

Having moved from Uganda to Yemen during her childhood, Al-Hazari often felt different because of her accent, and the way she dressed, which was different from that of the locals. She said she also knows all too well what it's like to be treated differently because of where she came from.

"I was very much an outsider growing up. I didn’t belong," said Al-Harazi, who is also half Indian. "You get the sense you’re not really wanted. Coming to Canada, I was also new to this country...

"It took a long time to become Canadian and feel Canadian. So to now feel this feeling of being unwanted again — it brings back all those memories. It’s shocking to be at this place right now, in my life, and again feel like I’m being sent away from another place."

Yemen may be disproportionately affected by Trump's new travel ban, she explained; the country is currently suffering from Saudi military intervention, and is one of the "most war-affected countries in the world right now." There are 2.2 million malnourished and vulnerable children in the country right now, she said, and according to a UNICEF report from December, hunger in Yemen is so widespread that a child dies approximately every 10 minutes.

Al-Harazi was in Jordan as a UNICEF Ambassador in September to meet refugees and aid workers, and said she was 'humbled' by the crowded conditions at Za'atari refugee camps, where over 80,000 Syrian refugees are living.

"They’re people, just like you and me. They have the same hopes and dreams as us," she said. "They’re professionals, tradespeople, they work hard — they’re no different than anybody else. They’ve lost everything, so for them to be rejected and told they’re not welcome…"

Uncertainty for the future

Unfortunately for Al-Harazi, staying in the U.S. isn't an option. She has work to do in Canada, she insisted, in the few hours before her flight from Las Vegas to Toronto on Monday.

“It’s just heartbreaking to think I don’t know when I’m going to be able to come back,” she said.

For now, Al-Harazi is happy that her parents were able to visit her in the U.S. a month ago, since the Trump administration has made it virtually impossible for them to travel to America in the near future.

"I'm so glad my parents came to visit for two weeks during Christmas," she said. "I don't know when they can come back to see us next time."

The Canadian government remains in close communication with the Trump administration on the implications and details of the travel ban, and has promised to update Canadians and more information becomes available.

Why 90 days? Does the Trump

Why 90 days? Does the Trump administration need 90 days to introduce new legislation or new regulations? As if there aren't enough already. Maybe Trump wants 90 days to "make America great again." Personally, I think he's already made too many mistakes. Not that I would have voted for him. The Clinton's made America great when they chose Fleetwood Mac for their music theme.