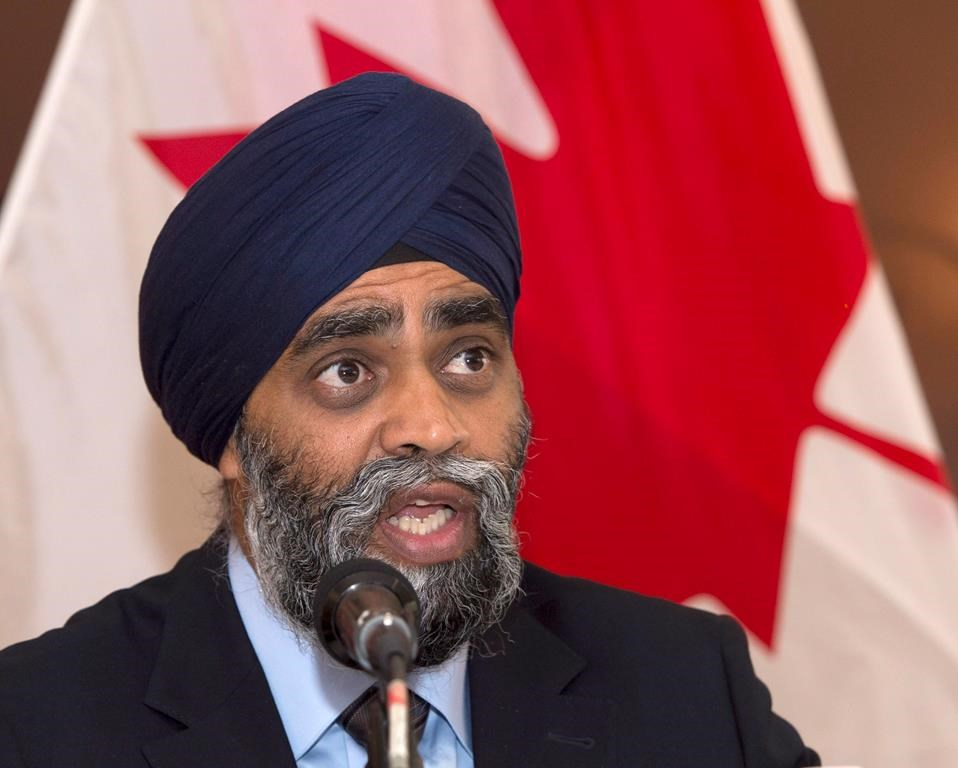 Defence Minister Harjit Sajjan has expressed confidence about Canada's mission in Iraq, even as U.S. officials and others warn the fight against the Islamic State of Iraq and the Levant could be undermined by President Donald Trump's recent immigration ban.

Trump signed an executive order Friday barring citizens from Iraq and six other predominantly Muslim countries from entering the U.S. for 90 days. He signed another order Saturday directing U.S. Defence Secretary James Mattis to present a new strategy for fighting ISIL within 30 days.

The orders come as more than 200 Canadian soldiers are on the ground in Iraq, where they are helping Kurdish forces fight ISIL. They also come as Canadian commanders have been drawing up options for the next phase of the mission, whose current mandate is set to expire in March.

The immigration order has been particularly controversial, with warnings it will drive a wedge between Iraqi and coalition forces in the fight against ISIL. There have also been fears that it could help terrorist groups recruit new members.

Those concerns appeared to get a boost on Monday when Iraqi parliamentarians asked their government to "retaliate" against the U.S., though Iraq's foreign ministry instead urged the Trump administration in a statement to "reconsider this wrong decision."

ISIL and other terrorist organizations have also taken to social media to celebrate the immigration ban, describing it as proof of America's hatred toward Muslims.

While federal officials told The Canadian Press they are watching to see how the immigration ban impacts Canada's mission in Iraq, Sajjan downplayed any potential concerns, saying he was confident that U.S. military officials would ensure the impact is minimal.

"When it comes to working with our allies, the coalition will obviously do their own assessment," he said. "Keep in mind this coalition is led by a U.S. general and they would have had some already good consultations to making sure there's no impact on the mission."

U.S. media reports, however, have suggested that American military leaders were kept completely in the dark and not consulted before the executive order was signed.

U.N. "racing" to prepare emergency aid ahead of battle for western Mosul