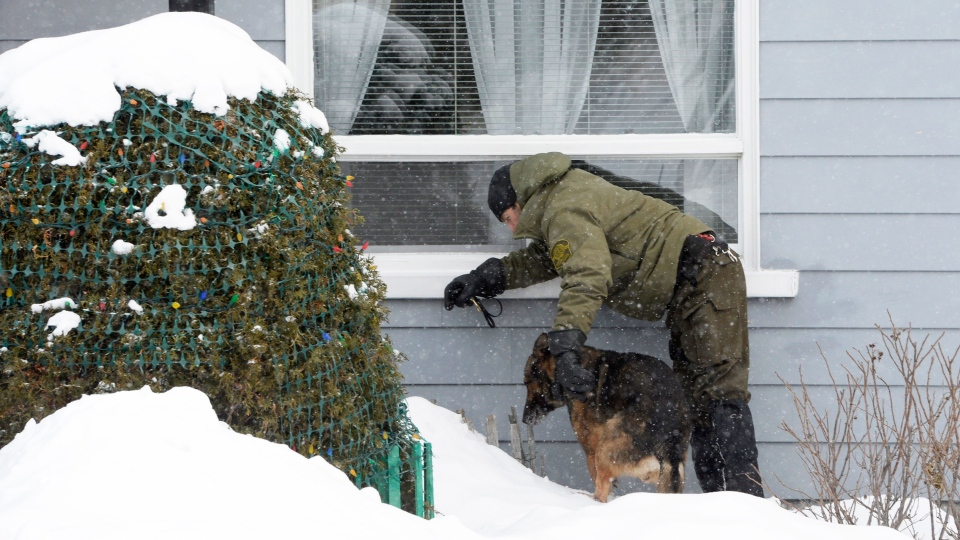 A police officer and his dog look for evidence near a home in the area of a Quebec City mosque on Monday Jan. 30, 2017. Photo by Paul Chiasson/CP.
Previous story
Next story

Prime Minister Justin Trudeau has spoken with U.S. President Donald Trump, who expressed his condolences to Canadians today in the wake of a deadly shooting at a mosque in Quebec City.

A spokesperson for Trudeau says Trump also "offered to provide any assistance as needed."

Trudeau is planning to travel to Quebec City later today as the country reels from the deadly shooting, which took place at the Centre culturel islamique de Quebec.

Trudeau also plans to make a formal statement about the tragedy in the House of Commons, where Parliament is resuming after the Christmas break.

Tonight, Canadians grieve for those killed in a cowardly attack on a mosque in Quebec City. My thoughts are with victims & their families.

No other details were immediately released. The prime minister has condemned the incident as a terrorist attack.

Six people between the ages of 35 and 70, were killed in the bloody massacre that took place Sunday at the Centre Culturel Islamique de Quebec in Quebec City's Sainte-Foy neighbourhood.

At least 12 other people were taken to hospital with minor injuries, according to the Centre Hospitalier Universite Laval.

Police had two suspects in custody Sunday night — one was arrested not far from the mosque while another was arrested just east of Quebec City's downtown core.

MPs on both sides of the House of Commons shared their reactions as they returned to Ottawa Monday morning.

Conservative MP Sylvie Boucher, who represents a riding in the Quebec City area, had tears in her eyes as she described her reaction to the attack.

She said she spoke to her daughters Monday morning before leaving for Ottawa and told them to share a positive message with their Muslim friends.

"Tell them the door will always be open," she said.