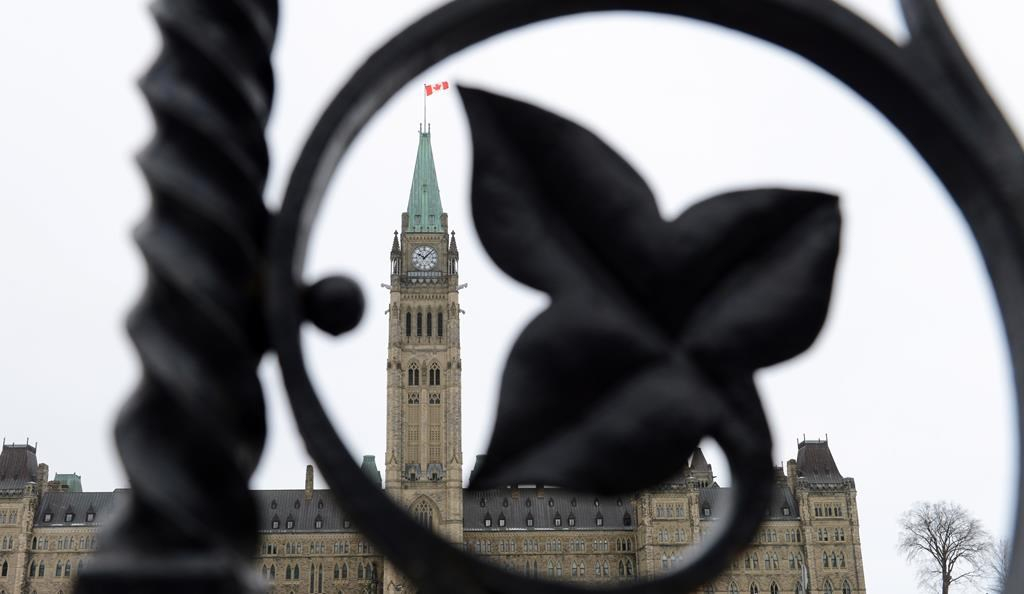 U.S. President Donald Trump and his policies were expected to be front and centre on Monday, Jan. 30 as Canada's House of Commons resumes sitting. File photo by The Canadian Press
Previous story

U.S. President Donald Trump might not be on his way to Canada any time soon, but he — and his decision to order a temporary ban on visitors from seven Muslim-majority countries — is expected to be front and centre as MPs return to Ottawa on Monday.

Prime Minister Justin Trudeau, who created a bit of a stir over the weekend when he tweeted a thinly veiled message to the American administration about how Canada welcomes refugees regardless of their religion, is scheduled to be in the House of Commons for question period that will likely focus on all things Trump.

The New Democrats are calling for an emergency debate Monday on the implications of the executive order signed by Trump, which also put an indefinite halt to the Syrian refugee program south of the border and created much confusion for Canadians — including at the highest levels of the Liberal government.

"I think the implications could be far-reaching," said NDP MP Jenny Kwan, the immigration critic for her party.

Kwan said she wants to know how the executive order will affect Canadians, and what the Liberal government plans to do about it.

Some of those answers came later Sunday afternoon, when Immigration Minister Ahmed Hussen held a news conference in Ottawa alongside Daniel Jean, the national security adviser, and other officials to share what they had been able to glean in talks with the White House and other American officials.

The group said they were told that people with Canadian passports, including dual citizens, will not be affected and were never intended to be. Those with permanent resident status in Canada — and carrying valid permanent resident cards along with a passport from one of the affected countries — will also be able to enter the U.S. as before, said Hussen, who came to Canada as a refugee from Somalia.

Hussen also said he agreed with Trudeau's decision to issue his messages about welcoming refugees to Canada on Twitter.

"They illustrate our long-standing tradition of openness and welcome to those who seek protection, sanctuary, refuge and those who flee persecution and war regardless of their faith," said Hussen, who was sworn in as immigration minister earlier this month.

Government House Leader Bardish Chagger seemed open to the call for a debate, although she noted it would be at the discretion of Speaker Geoff Regan.

"We think they should have the opportunity to debate this important issue in the House," she said.

Conservative immigration critic Michelle Rempel said she wants to see more debate on immigration policy in general, including the consequences of lifting visa requirements for Mexican visitors and progress on the Liberals' commitment to settle Yazidi refugees.

"I think we need to have a broader discussion about immigration policy in Canada in light of a lot of the inflamed rhetoric on both sides of this debate," Rempel said Sunday.

Trump and what he means to Canada was always going to be a major theme for the return to Parliament and in the weeks leading up to the federal budget.

Rona Ambrose, the interim Conservative leader, made it clear she would be pressing Trudeau for more details on how he plans to handle the challenge.

"There hasn't yet been a single explanation about how he plans to keep Canada competitive with a new American administration that is focused on keeping jobs south of the border," she said Friday.

"There's no question that objective things, like the threat of more protectionism, are things that have to be taken into account, but the way to move forward is to start doing the same thing here that they're doing there — look at what we can do in Canada to create good, full-time, well-paid jobs here," Mulcair said last week.

This week will also be the first time that opposition MPs get to grill Trudeau over his use of a private aircraft during a vacation with the Aga Khan, which is now being examined by the ethics commissioner. They are also expected to continue pressing him on the cash-for-access fundraisers that dogged the Liberals before the break.

Chagger, meanwhile, noted they also have a lot of legislative work to do.

That includes the bills on the Canada-European Union Comprehensive Economic and Trade Agreement (CETA), safe-injection sites, strengthening the independence of Statistics Canada, and the one to establish a national security and intelligence committee to provide parliamentary oversight to intelligence services.