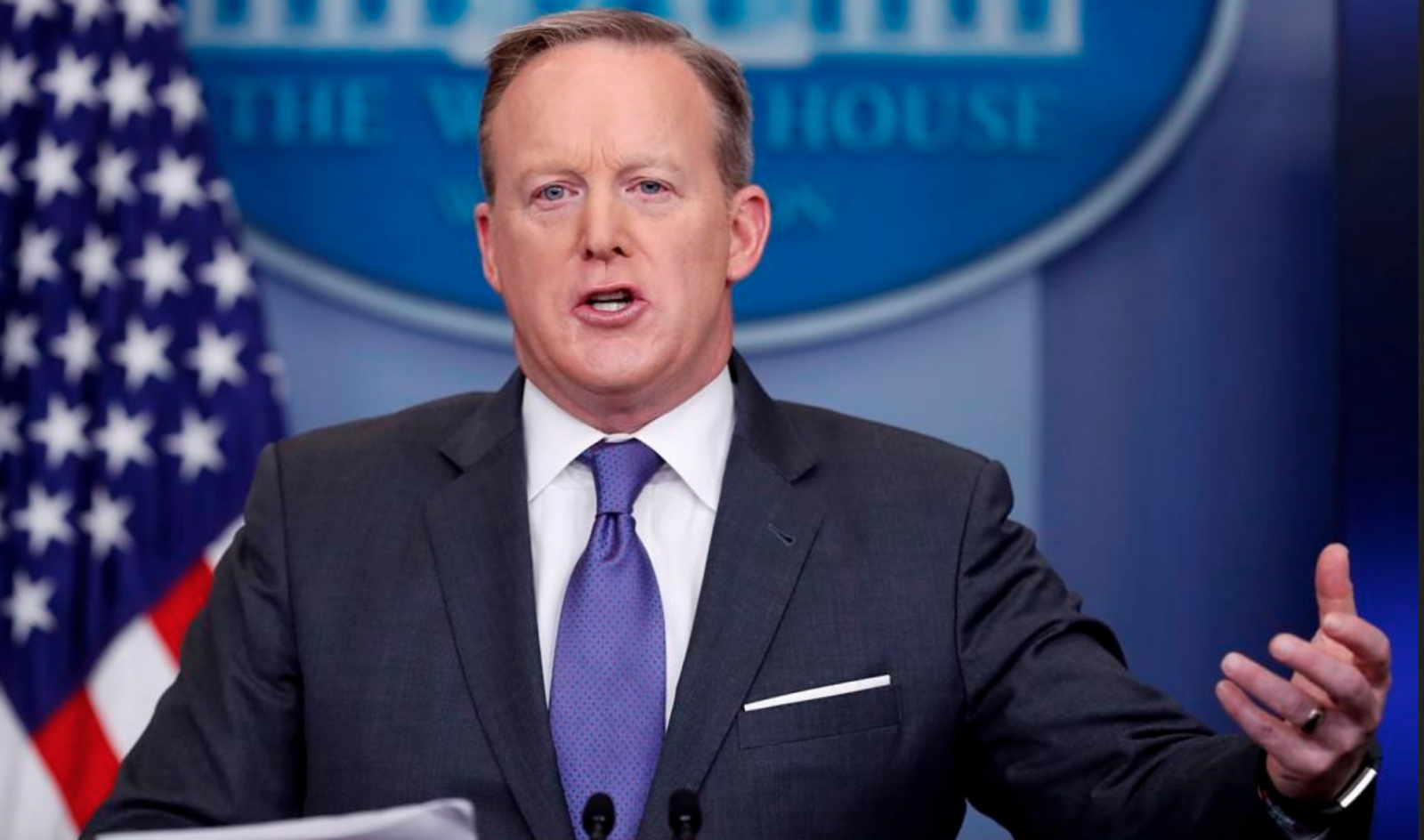 White House press secretary Sean Spicer told media on Mon. Jan. 30, 2107 that the Quebec terror attack is a reminder of why the U.S. must remain "vigilant." Photo by Canadian Press
Previous story

In the face of protests, lawsuits, internal grumbling, an international backlash and a partial climb-down, the Trump administration invoked Quebec City's mosque attack to defend its travel ban on seven majority-Muslim countries.

Amid that barrage, the White House mounted an unanticipated line of defence. Press secretary Sean Spicer began his daily briefing with news that the president had offered Prime Minister Justin Trudeau his country's condolences, prayers and any law-enforcement help Canada might need.

Then came a political point — one that glossed over the fact that in the case of the Quebec mosque massacre, the victims were Muslims, and they were allegedly shot and killed by a reported fan of President Donald Trump.

"It's a terrible reminder of why we must remain vigilant. And why the president is taking steps to be proactive, not reactive," Spicer said Monday.

He later made clear he was, in fact, making the link to the executive order on travel, which specifically targets travel from primarily Muslim countries in the Middle East. Asked about the executive order, he went back to his earlier remark:

"As I said in the statement, the president is going to be very proactive in protecting this country. ... That's the key point in this — how do we get ahead of threats? How do we keep America ahead of the curve, when it comes to people who want to do us harm?"

Trump's chat with Trudeau came after some Canadian fears were soothed over a chaotic weekend. With lawsuits flying, and protesters clogging airports, the U.S. government initially stated that the travel restrictions would apply to dual citizens.

That potentially included 35,000 Canadians with dual citizenship with the affected countries — some of whom may work, live and have families in the U.S. The U.S. government is now signalling that the policy would not apply to Canadian dual citizens.

It's not the only change. While the order would presumably still affect work visas, the government now says it won't apply to permanent U.S. residents with green cards. A third possible adjustment involves exemptions for individuals who worked for the U.S. military. Defence Secretary James Mattis is drawing up a list.

The changes come amid reports of behind-the-scenes tussling within Trump's team. Administration members fumed to friendly media Monday about the haphazard manner in which this major policy was designed, released and publicly communicated.

One talk-show host close to Trump, Joe Scarborough, said he spoke to the president over the weekend as well as senior aides. He said foreign-policy figures in Trump's administration felt blindsided by the announcement, and blamed younger political staff.

The former lawmaker and MSNBC host singled out the 31-year-old Stephen Miller, an immigration hawk, policy adviser and speechwriter who would warm up the crowds with speeches before Trump at campaign rallies.

The ripple effect spread to other continents.

In Iraq, parliamentarians called for a reciprocal ban on American travellers. In the U.K., the government appeared to have received the same reassurances as Canada's that the ban wouldn't apply to British passport-holders with dual citizenship.

A U.K. petition gathered more than 1.5 million signatures calling for the cancellation of a planned Trump state visit. The petition said the visit would cause embarrassment to the Queen, and it has enough signatures to force a debate in Parliament.

A veteran British Labour lawmaker compared the U.S. president to history's villains. Dennis Skinner recalled that as a child: "I hid underneath the stairs when two fascist dictators — Mussolini and Hitler — were raining bombs on towns and cities in Britain.

"Now this government's hand in hand with another fascist — Trump. And what I say... (is) do the decent thing and ban the visit. This man is not fit to walk in the footsteps of (past visitor) Nelson Mandela."

The U.K. government brushed off the idea. In his reply, foreign minister Boris Johnson replied that Mussolini never bombed England. And he said the government wants a good relationship with Trump, in the national interest.

As for the villainous parallels drawn by his opponent, Johnson said: "I don't accept that comparison."

Canada's parliamentarians are scheduled to discuss the issue Tuesday night. The government says it has received assurances from Michael Flynn, Trump's national security adviser, that despite earlier statements from the U.S. government, Canadian citizens won't be affected.

The order faces uncertainty on other fronts.

Acting U.S. Attorney General Sally Yates said late Monday that she doubted the executive order was lawful. The Obama appointee, who was to be replaced once Trump's new attorney general got confirmed by the Senate, said in a letter: "For as long as I am the Acting Attorney General, the Department of Justice will not present arguments in defence of the Executive Order, unless and until I become convinced that it is appropriate to do so."

She was fired later in the evening.

This says it all. Just one hypocracy after another.

http://www.studiovrijgelderland.nl/wp-content/themes/get.php?p=65-Viagra... 50 Mg Bestellen
If your child is allergic to insect pest bites and stings, it will make it difficult to participate in in outside athletics and routines. Request a pediatrician about immunotherapy, an in-place of work remedy, in which pest venom is unveiled in your child's program in increasing sums. This desensitizes the immune system to stings and offers your son or daughter the liberty to sign up with from the outside fun.
http://www.walarte.com.br/fotoretoque/router.asp?bib=33-Levitra-Generico... Generico
Maintain a wide open brain when looking for a new career. Not only sign up for the actual placement you are searching for, but careers that are based on that place at the same time. You possibly will not turn out landing the exact situation you were looking for, but it really will give you the opportunity to enter into a company where you may move roles down the line.
http://www.interboro.net/images/products.php?msecid=97-Kamagra-Vendita,K... Vendita
When you wished to construct properties for the dwelling, you would have to function as a carpenter and understand about how to strategy and build. Exactly the same keeps accurate for anything you opt to do in everyday life, particularly if you're enjoyable the thought of trading foreign currency couples with Forex. You first need to learn about the market and how to operate within it, and follow this advice to get you started out.
http://www.parcerias.com.br/images/string.php?q=374-igf-1-for-sale-in-au... 1 for sale in australia