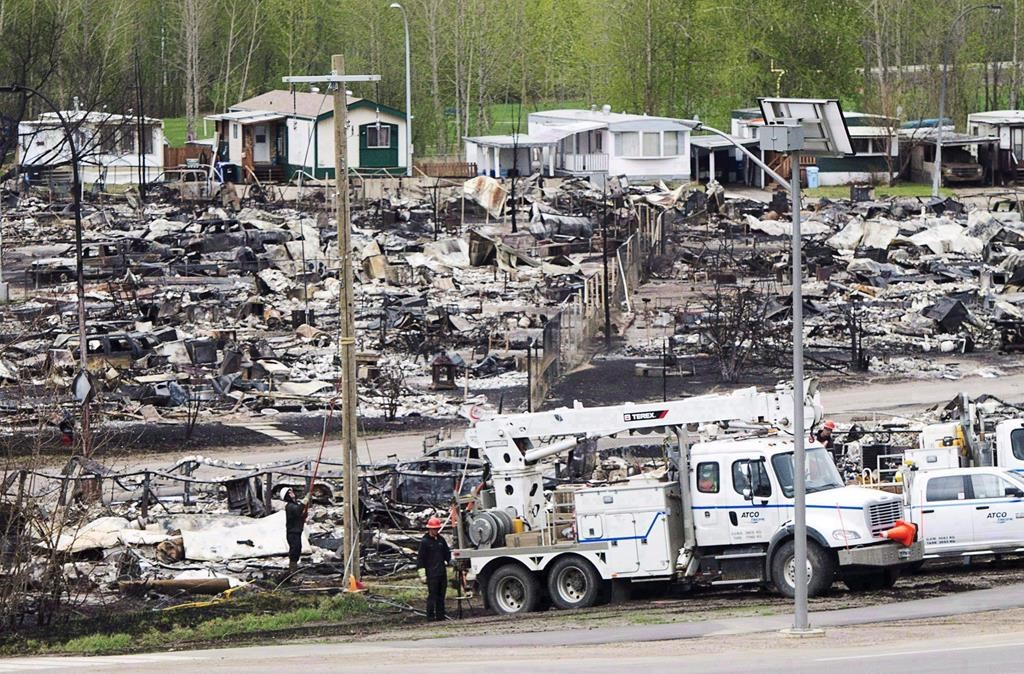 Devastation in the wake of the Fort McMurray wildfire of May, 2016. Photo by The Canadian Press
Previous story

The regional municipality that includes Fort McMurray says it is cutting 168 jobs due to the economic effects of last spring's wildfire and Alberta's slumping oilsands industry.

Wood Buffalo Mayor Melissa Blake said the changes won't be easy after all her staff have been through.

"Because it affects individuals who have been a big part of building this great community we have, it hurts," she said Tuesday in an interview. "The decisions were not about people, they were about positions. Independent of whether people were still suffering from the effects of the wildfire or not it really came down to what was the right structure for the organization."

The cuts to management and staff, including 46 vacant positions, are expected to save about $24 million a year.

Blake said the reductions will touch every department, except fire and emergency services. She said the municipality must transition from a structure that was set up a few years ago to deal with the frantic years of growth during the oilsands boom to the current reality of low oil prices.

The wildfire last May that forced more than 80,000 people from the region and destroyed 2,400 homes and other buildings has made the situation worse. The Insurance Bureau of Canada has called the wildfire the costliest insured natural disaster in Canadian history and estimates insured property damage at almost $3.6 billion.

Blake said operating and capital spending needs to be reduced to better align the municipality with the state of economy. Wood Buffalo must set the stage for a future that takes into account the oil downturn and the wildfire without compromising the community's recovery efforts, she said.

"The extra capacity that we needed for dealing with high growth just doesn't exist," she said. "What we have is a future that is different than the past and even the present. We have to factor in what those demands will be."

Blake said it will be hard to say goodbye to members of her team who she has worked closely with over the years, but the community must keep its eye on the future. Wood Buffalo is expecting a surge of activity this spring as people who have completed their insurance claims have their homes, apartments and other buildings rebuilt.

Blake said she is looking forward to watching the community rebound before she steps down as mayor in October.

"By next Christmas we will have even more families back where they belong."

The municipality also cites the potential impact of changes to Alberta municipal tax laws for the job cuts. Alberta Municipal Affairs said the new law does not include a timeline for communities to change their tax rates.

"It is inaccurate to suggest that these layoffs are a result of Bill 21," said Shannon Greer, a department spokeswoman.