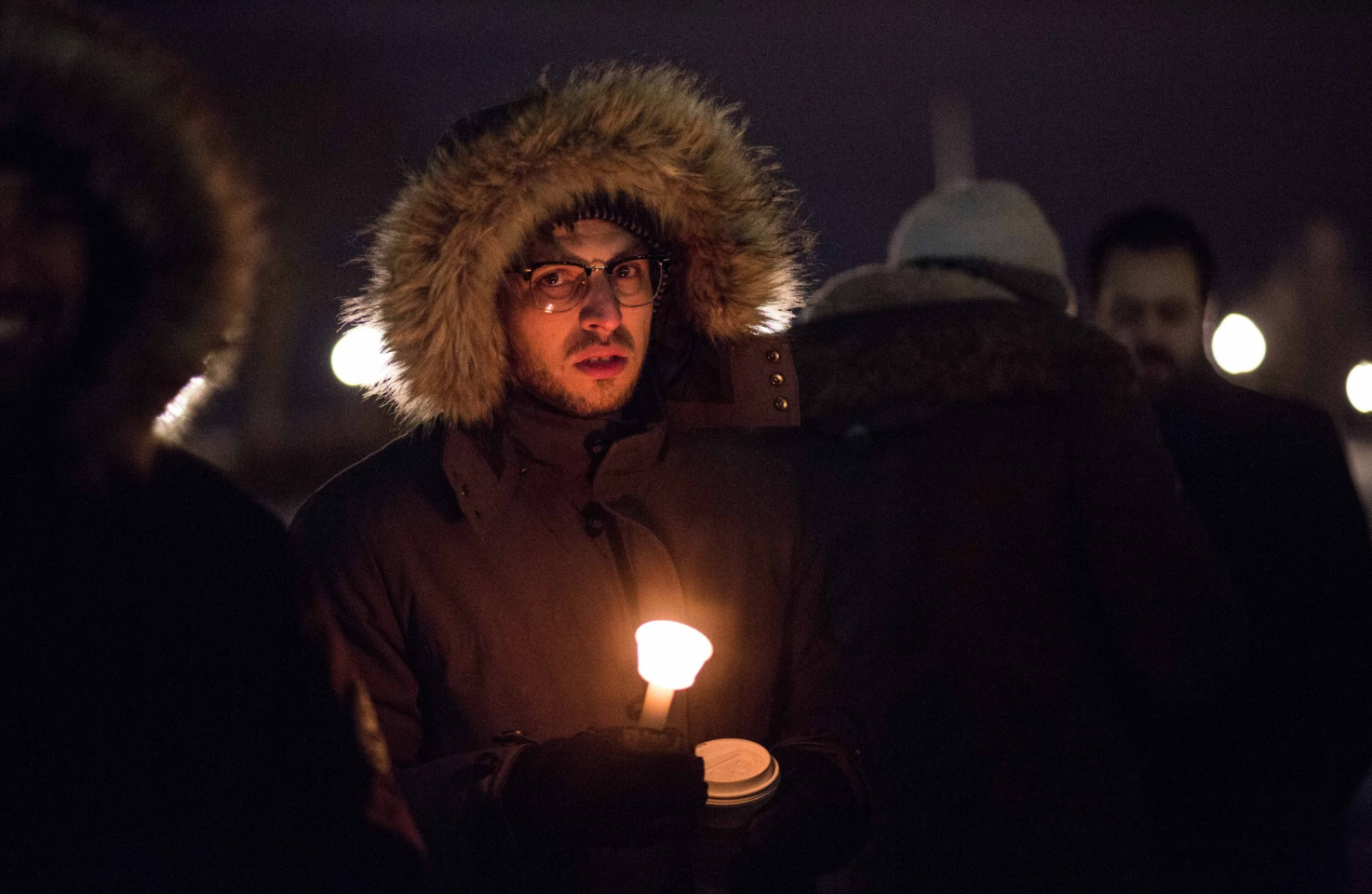 An Ottawa resident holds a candle during a memorial ceremony for the victims of a deadly shooting at a Quebec City mosque. The service took place on Parliament Hill, Mon. Jan. 30, 2017. Photo by Alex Tétrault
Previous story
Next story

A funeral service will be held in Montreal today for three of the six men shot to death in a Quebec City mosque.

Mayor Denis Coderre says the ceremony, which is expected to begin at 1 p.m. ET, will be held at the Maurice−Richard Arena for Abdelkrim Hassane, Khaled Belkacemi and Aboubaker Thabti. There will be prayers for the three other victims — Azzeddine Soufiane, Mamadou Tanou Barry and Ibrahima Barry.

A ceremony is expected in Quebec City on Friday.

The shooting in the mosque on Sunday has highlight the fact Quebec City doesn’t have a place to bury people of the Muslim faith. The head of a non−profit Islamic burial association says the five Muslim cemeteries in Quebec are all located in the Montreal area.

Hadjira Belkacem said families of Muslims who die outside Montreal have to deliver the body for burial in Quebec’s largest city or pay thousands of dollars to have it shipped to the deceased’s country of origin. Five of the six men who were murdered in Quebec City will be buried overseas, and the bodies will be flown to Algeria, Tunisia, Guinea and Morocco.

Quebec City has between 8,000 and 10,000 Muslims, Belkacem said, according to her organization's census.

The six victims, aged between 39 and 60, were killed when a gunman stormed the mosque and opened fire on men who were attending prayer. Authorities have refused to specify what type of firearm was used in the mass shooting.

Alexandre Bissonnette, 27, was arrested Sunday night following the massacre in which 19 people were also wounded, including two who were still in critical condition on Tuesday. On Monday, Bissonnette was charged with six counts of first−degree murder and five of attempted murder using a restricted firearm.

The president of mosque where the atrocity took place said Bissonnette visited the premises at least twice a few days beforehand. Mohamed Yangui said witnesses told him they saw Bissonnette at the mosque and that he allegedly asked when there would be more people there.

Yangui told The Canadian Press on Wednesday that three or four people told him they saw Bissonnette, who reportedly said he liked Muslims. The CBC reported that a member of the mosque says he spoke with Bissonnette for five minutes last Thursday — three days before the slayings.