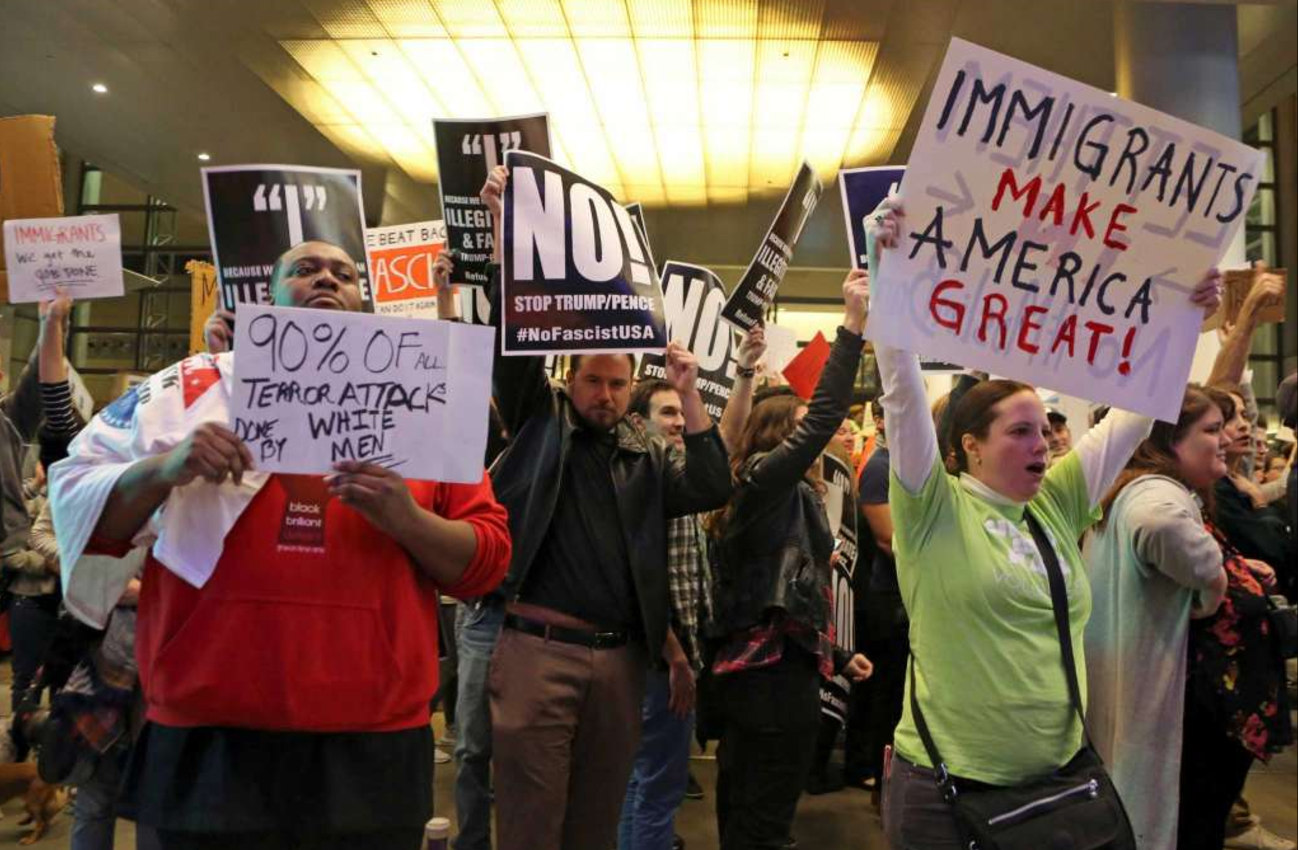 In response to U.S. President Donald Trump’s controversial refugee and immigration policies, the tech sector in Silicon Valley is eyeing Canada to protect its employees.

True North, an initiative launched by Canadian and U.S. entrepreneurs, aims to bring employees of tech companies threatened by these kinds of targeted policies to Vancouver, B.C., only a short plane ride north of California. For $6,720 including tax, the program offers people a trip to Vancouver and assistance getting legal papers set up for work and residency status in Canada.

The package provides airfare for one person and two nights accommodation, and meetings with Vancouver's immigration professionals. It applies to employees as well as entrepreneurs with U.S.-based companies.

True North is working with EY Law LLP, a professional services firm, to help set up Canadian subsidiaries for the staff of American companies affected by Trump's U.S. entry policies.

A screenshot of TrueNorth's offer of support to Silicon Valley staffers affected by President Trump's new immigration and refugee policies.

Tech industry has been bracing for Trump impact for weeks

Last week, Trump ordered a three-month ban on entry to refugees and to citizens of seven Muslim-majority countries (Iraq, Syria, Iran, Libya, Somalia, Sudan and Yemen), and a freeze on refugee resettlement that sparked chaos and protests across the U.S..

His administration is also reportedly planning to change the H1-B non-immigrant visa, which many tech companies rely on to hire foreign workers. It will reportedly call for raising H1-B visa holders' salary from minimum salary from US$60,000 to around US$130,000, making it harder for firms to use the visa to hire foreign workers, including from India.

Michael Tippett, a Vancouver-based entrepreneur and CEO of the feedback management platform Wantoo, said tech companies in the U.S. have been bracing for changes for weeks. Trump was elected Nov. 8 and entered the White House Jan. 20.

“We’ve been discussing it, probably for about a month now, kind of hypothetically — if something like this were to happen, what would our response be?" he told National Observer. "Obviously, we’ve had to accelerate our efforts in light of recent events. But if there’s one group who can move swiftly in situations like this, it’s the entrepreneurial community.”

Tippett estimated that up to 10,000 people working in Silicon Valley might be affected by Trump's entry ban. Google employees joined others in the U.S.-based tech sector, which historically draws talent from countries around the world, in staged protests over the ban. Apple CEO Tim Cook told The Wall Street Journal that hundreds of employees were affected, and the company is considering taking Trump to court.

Tippett said Vancouver is an ideal location for relocating Silicon Valley employees, who could continue to work for their respective companies. Despite being one of North America’s most expensive real estate markets, the west coast city was highlighted as an ideal spot because unlike Calgary, Toronto or Montreal, the employees would work in the same time zone as their employers in California.

“Vancouver is in a very unique position in that it’s directly north of the San Francisco Bay Area,” Tippett said. “Having run remote teams for years, I know that one of the greatest challenges with that is dealing with multiple time zones. There’s not many places you can go if you were having to leave Silicon Valley, so Vancouver was suggested as a destination for these folks.”

“We’re providing a turnkey solution where they come up here to Vancouver. They meet with experts to figure out if they are eligible to make the move and under what conditions. If they needed to relocate people to Vancouver. A lot of it is just trying to streamline processes that are already in place.”

But will it be a case of U.S. immigrants taking Canadians’ tech jobs away from locals in Vancouver?

Scott Rafer, a consultant and a entrepreneur who helped co-found the True North firm, told The Globe and Mail on Monday that this wasn’t the case, since the companies are only taking their existing employees and relocating them north of the border.

“It’s not highly educated immigrants coming in and taking anything that’s even remotely considered a Canadian job,” Rafer assured. “It’s high-income foreigners coming in and bringing their job with them.”