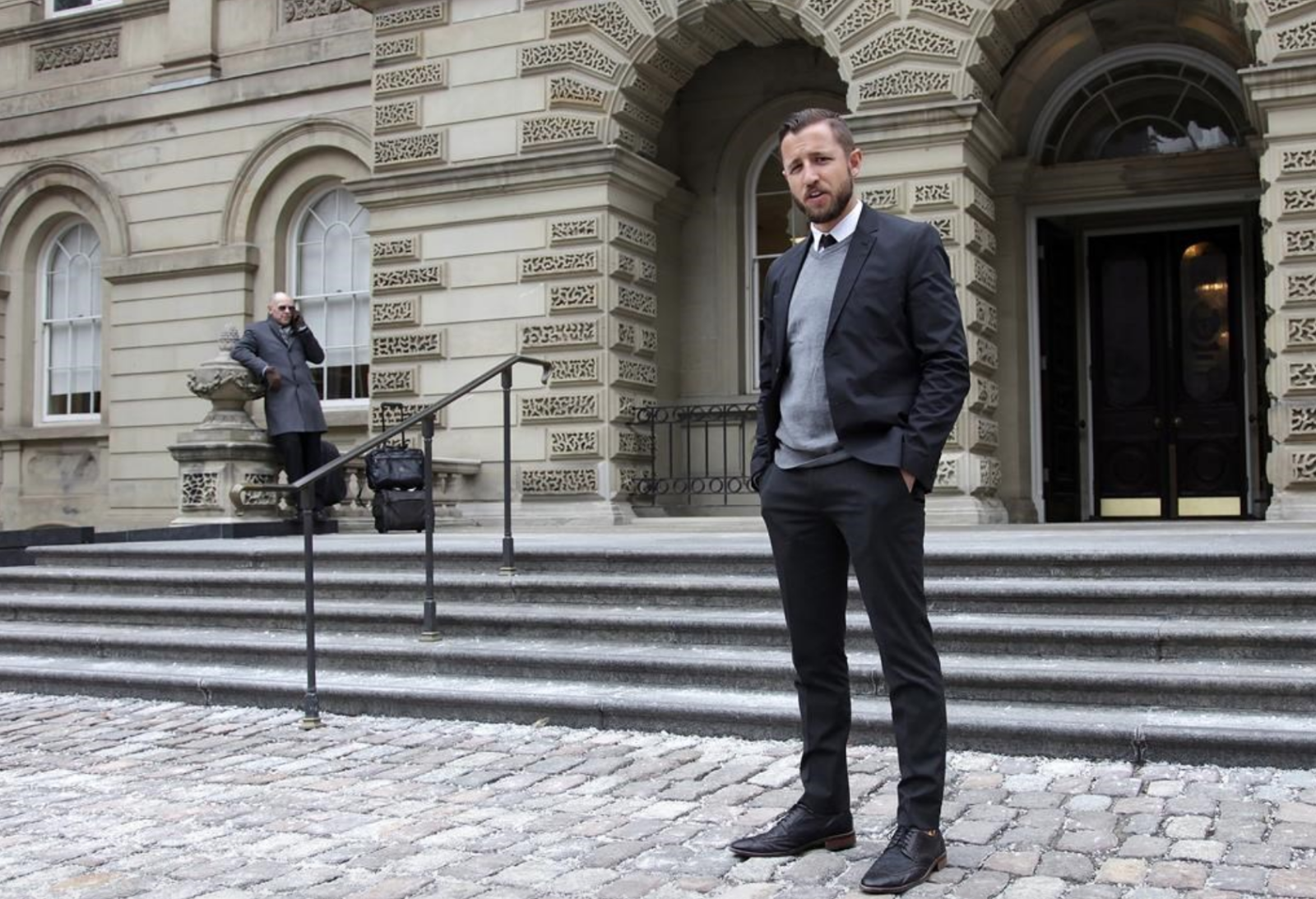 VICE News reporter Ben Makuch is at the heart of a case that pits protecting sources against public safety and prosecution. File photo by Canadian Press
Previous story

A judge who ordered a journalist to turn over his background materials to the RCMP failed to properly balance the need to prosecute a serious crime against the ability of the media to do their jobs, an Appeal Court heard Monday.

In particular, lawyer Iain McKinnon said, the judge failed to appreciate the "chilling effect" turning over the information would have on the media.

"He didn’t even take it into account," McKinnon told the Ontario Court of Appeal.

At issue is an RCMP demand that Vice Media journalist Ben Makuch give them his background materials related to articles he did in 2014 on Farah Shirdon.

RCMP charged Shirdon, whose whereabouts are unknown, in September 2015 with several terrorism−related offences, including that the then−22−year−old Calgary man left Canada to join the Islamic State terror organization and that he had publicly threatened Canada and the U.S.

McKinnon, who represents Vice, accused the RCMP of going on a fishing expedition by demanding Makuch’s logs from an Internet messaging app called Kik, which the journalist used to communicate with Shirdon.

Last March, Superior Court Justice Ian MacDonnell accepted government arguments that Vice was the only source of the information police needed to further their investigation of Shirdon, prompting an appeal that media and civil liberties groups were watching closely.

"The screen captures are important evidence in relation to very serious allegations," MacDonnell said in his ruling. "There is a strong public interest in the effective investigation and prosecution of such allegations."

Government lawyer Brian Puddington argued MacDonnell was alive to the special role the media play in a democracy and that he did weigh the various factors in arriving at his decision. For one thing, he said, the chat logs would be reliable evidence, and Shirdon obviously wasn’t interested in confidentiality.

For his part, McKinnon called it critical that sources — especially those in an adversarial relationship with the state — don’t view journalists as an arm of the police. Otherwise, they would be reluctant to talk to the media — something even the officer who obtained the order against Vice recognized, he said.

But Appeal Court Justice David Doherty appeared to have difficulty swallowing the argument, saying no objective person would consider Makuch to be an agent of police — given that he was being ordered to hand over his materials.

"It can still have a chilling effect," McKinnon insisted.

McKinnon said police already had "arguably more damning" information that Shirdon, who may never return to Canada, had posted on the Internet.

"They don’t need this information," the lawyer said. "They’ve got it already."

Doherty, however, noted that the Kik chats amount to confession, so it was obvious why police would want to see them.

"They are direct statements from the accused incriminating himself of the crimes," Doherty said.

Puddington discounted the suggestion that the prosecution had all the information it needs, saying nothing could be taken for granted. In fact, he said, the chat logs could even tend to exonerate the accused.

Also under appeal is MacDonnell’s decision to impose a sealing order and publication ban on some of the information RCMP provided to get the production order against Makuch. Media and civil−rights groups, which have intervened in support of Vice, called the publication ban too broad and too vague.

Government lawyer Sarah Shaikh countered that only information that would identify a government source was ordered blacked out — hardly sweeping redactions.

A lawyer for the British Columbia Civil Liberties Association, Andrew MacDonald, urged the Appeal Court to provide a "rigorous framework" and provide "important guidance" to lower courts about when police should be able to ask for a journalist’s sources or source materials.

But Susan Magotiaux, speaking for Ontario’s attorney general, said the system was working fine as is, and there was no need to make it more difficult to get production orders against journalists.

The Appeal Court panel reserved its decision. Outside court, a group of free−speech advocates protested briefly in favour of media rights they said were under threat.