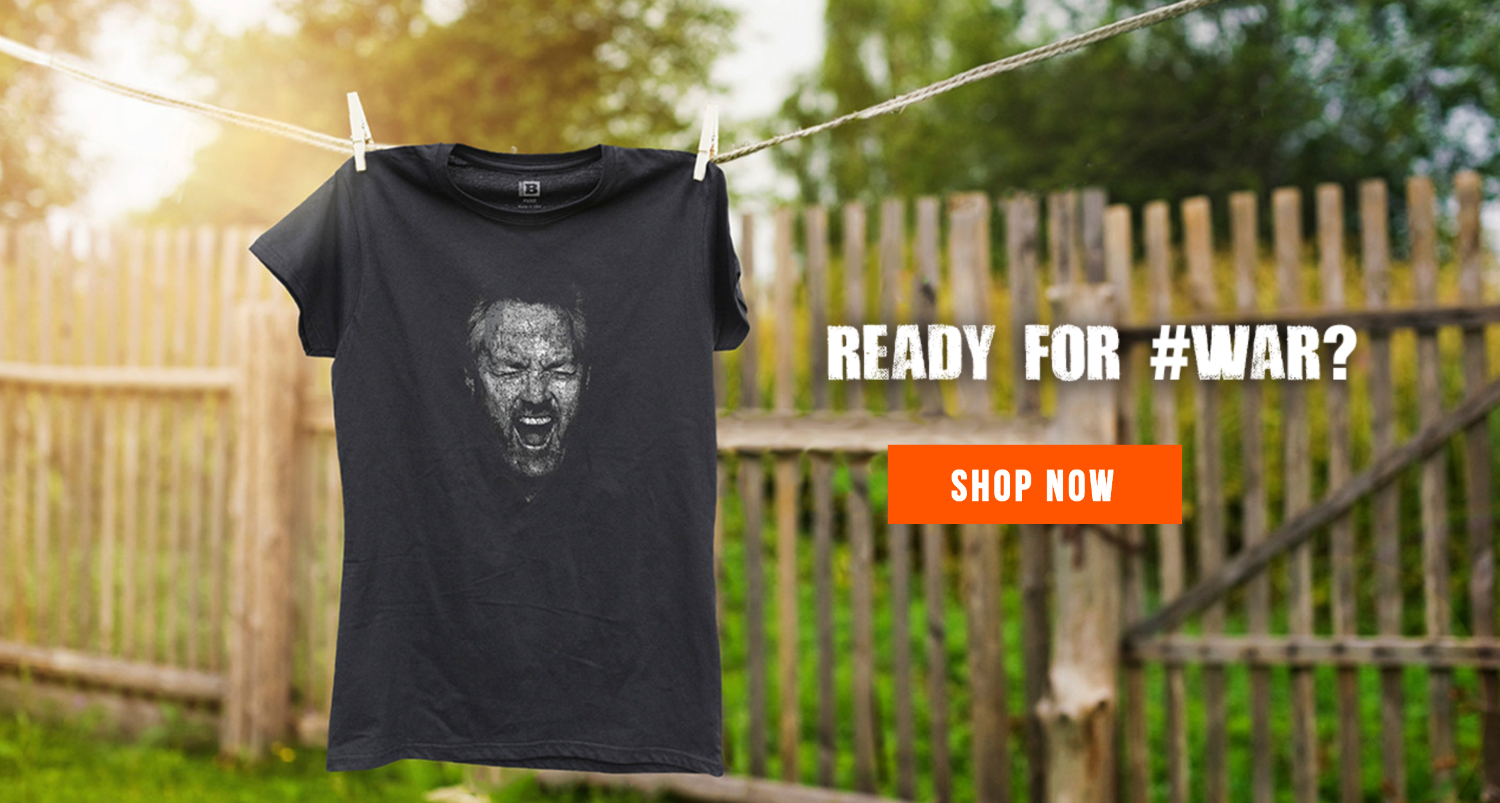 A screenshot of a pop-up ad on Breitbart News for its online store, hosted on Shopify. This pop-up was photographed the day after Trump announced a travel ban on immigrants. It had been removed from the site later the same day.
Previous story
Next story

Canada’s uber-cool tech sensation, Ottawa-based Shopify, is refusing to take down its online store for Breitbart, a racist ‘news’ site with deep ties to the Trump administration and ambitions to interfere with upcoming national elections in France and Germany.

On its Shopify store, Breitbart News can be seen hawking offensive t-shirts telling foreigners to “get in line,” glorifying Trump’s promised wall on the U.S.-Mexico border, and labelling the wearers as “border patrol.”

Under its terms of service, Shopify has the authority to remove store content and accounts if it determines them to be “unlawful, offensive, threatening, libelous, defamatory, pornographic, obscene, or otherwise objectionable.”

Here’s the full text for reference: “We may, but have no obligation to, remove Store Content and Accounts containing content that we determine in our sole discretion are unlawful, offensive, threatening, libelous, defamatory, pornographic, obscene or otherwise objectionable or violates any party’s intellectual property or these Terms of Service.”

This leads to the question: does Shopify not consider Breitbart’s contents offensive?

Not so hip and progressive now

Shopify is a millennial-friendly tech start-up, usually happy to showcase its user-friendly online shopping platform, progressive policies, and awesome employee benefits through promotional content and social media. It’s a compelling pitch that has made me an avid Shopify supporter for years.

It made perfectly good sense when Shopify joined dozens of other tech companies in slamming President Trump’s controversial travel ban. Yet despite more than 20,000 online signatures demanding the company cut ties with Breitbart, a company spokesperson told Metro News on Tuesday that its “position hasn’t changed,” and it will indeed continue to sell Breitbart wares.

I started trying to get answers from Shopify after online campaigners at SumOfUs called the company out for its disgraceful connection to Breitbart. SumOfUs is an international, trilingual petition site that styles itself as “12,243,161 people stopping big corporations from behaving badly.”

But until this week’s statement, it seemed there were no answers to be had. At the company’s Toronto office, after communications staff spent three days ducking calls and emails, a receptionist preposterously promised that a media spokesperson would get back in touch “when they get around to it.”

(More than a week later, they still haven’t gotten around to it.)

Last month, Shopify spokesperson Alexandra Clark issued what still stands as the company’s only direct comment on the SumOfUs petition: “If a merchant is selling products legally in the jurisdiction in which they are operating, they can use our software.” This raises a couple of provocative questions for Shopify, its customers, and its investors:

And even if the brand gurus behind Shopify missed the memo about corporate responsibility in an authoritarian age, do they really want to be outrun by one of the bricks-and-mortar stores that online shopping is trying to drive into obsolescence? Or has the company missed the searing irony that one of its most conventional competitors, big box icon Canadian Tire, has already pulled its ads from the Breitbart site while Breitbart’s Shopify store is still going strong?

“Breitbart News is not a news agency, it's a platform for the extreme far right,” the SumOfUs petition page contends. “It has published repulsive views on virtually any topic you can name: anti-LGBTQ+ diatribes, has called women on birth control ‘sluts,’ and has said that Muslims in Europe and North America are a ‘ticking time bomb.’”

And Breitbart’s ties to Trump have been solidified since his election. Founding board member Stephen Bannon joined the former reality TV star’s transition team, entered the White House as chief strategy advisor, then, alarmingly, was elevated to a key committee of the U.S. National Security Council.

Meanwhile, citing “sources close to Bannon”, Reuters news agency reports that Breitbart plans to open offices in France and Germany to “help elect right-wing politicians in the two European countries, where anti-immigrant sentiment has been on the rise.”

Pressure on Shopify is one way that individuals can participate in the growing global protest against hate — by insisting that one of Canada’s fastest-growing companies step up.

In Germany, BMW and Deutsche Telekom have pulled their ads, The Guardian reports. Lufthansa withdrew, too, denouncing Breitbart as a “website that promotes violent, sexist, extremist, or politically radical content.”

SumOfUs points to Kelloggs, Visa, T-Mobile, Patagonia, Mercedes Benz, Nordstrom’s, Iams, and Swiss Chalet among the 400 or so companies in North America — more than 700 world-wide — that have joined the ad boycott. Late last month, the University of British Columbia, McGill University, l’Université de Montréal, and others followed suit.

Real news outlets quite rightly benefit from a strong democratic reflex to protect free speech. But free speech is not unconditional. It most definitely doesn’t extend to hate speech, and when a website devoted to an extreme ideological agenda poses as news, it obliterates the line between honest reporting and the kind of rage-fuelled conspiracy theories that helped bring Donald Trump — and Stephen Bannon — into power.

“The border between media as an information service and media as a tool in the service of an ideology is becoming more and more blurred,” digital journalism professor Nathalie Pignard-Cheynel of the University of Neuchâtel told The Guardian. Breitbart “positions itself as a classic news site, but it is completely up front about its aims.”

In an era when online platforms can simultaneously be forces for good or crucibles for hate, what must we do differently now, and what can we reasonably expect from service providers like Shopify?

I can’t answer those questions on behalf of Shopify, because Shopify won’t answer any of mine. That silence was a bit of a shock, and SumOfUs Lead Campaign Strategist Emma Pullman also said she was surprised by the disconnect between Shopify’s public persona and its near-total silence in response to the Breitbart petition.

The company has not returned her calls. Nor have they answered the thousands of petition participants, some of them Shopify customers or shareholders, who emailed the company or posted on its social media channels at SumOfUs’ behest.

And now, they’ve made it clear they have no plans to cut ties with Breitbart.

Confessions of a Shopify fan

I gravitated to this story when SumOfUs first launched its petition, not because I’m a Shopify detractor but because I have been — and still am — one of their biggest fans.

I’ve been following the company’s meteoric rise, and cheering them on, pretty much from the beginning. I’ve had two family connections to Shopify that I know of (and at the rate they’re growing, there may be more).

At first, I believed the Breitbart store was just some huge mistake — that automated online platforms are hard for flesh-and-blood staff to monitor, and the problem would be easily solved once it was brought to Shopify’s attention. It’s beyond disappointing to see how wrong I was.

Mitchell Beer is President of Ottawa-based Smarter Shift Inc. and curator of The Energy Mix.

Do Bannon and Trump want war?

Even the "Night of crystal

Even the "Night of crystal glass" had a number of racist incidents preceding it. Breitbart is today's version of the digitized nazi Brownshirts. Beware! Those unaware of history are bound to repeat it! Only knowledge keeps us from repeating past mistakes.

Riptropin Results
Mentioned previously well before, a great way to improve one's physical appearance is by plastic surgery. Procedures array in price and issues, from simple and easy cost-effective, too hard and expensive. The helpful suggestions that had been provided in the above post will help you get the very best-good quality cosmetic plastic surgery available without breaking your bank account at the same time.Plastic Surgery: The Nuances Of Modifying Your Entire body
Riptropin Hk
If you would like limit the anxiety in your life, enjoy a new language. This can available the entire world your decision to enable you to gain a better standpoint and being familiar with, helping you to feel better about yourself. Become enamored with an all new terminology to lower your nervousness.
Hgh Uk Law
Remain structured once you begin a new online business. There are numerous textbooks and sites to assist you to with business if you are a business owner. Learn the software program that you will need to keep your records straight and make up a checklist of the things you may want to get that will help you on the way.
Europharm Uk Jintropin