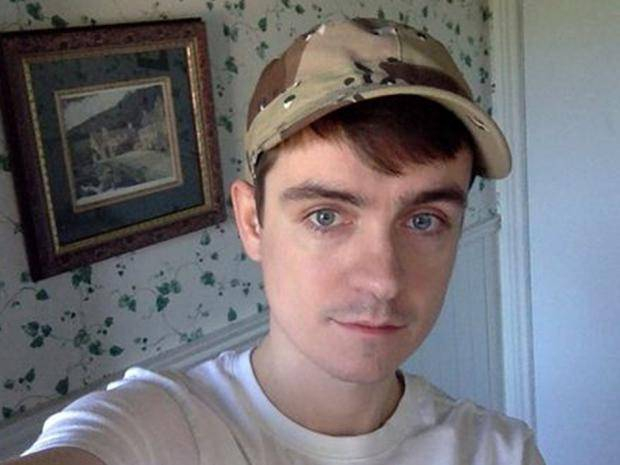 Headshot of Alexandre Bissonnette, a Quebec City student accused in connection with a mass shooting at a Sainte-Foy mosque in January 2017. Facebook photo
Previous story
Next story

As a Canadian Muslim, my response to the Quebec massacre on January 29th was of shock and outrage. As a sociological researcher my outrage was matched by caution and criticism.

I listened with awe and disbelief to Prime Minister Trudeau as he called the shooting during prayers at a mosque “a despicable act of terror.” However, very soon after these bold words were uttered, political commentators were quick to criticize the PM’s assumption of terrorism.

Defined in the Oxford dictionary as “the unlawful use of violence and intimidation, especially against civilians, in the pursuit of political aims,” terrorism fits the bill exactly for the alleged actions of Alexandre Bissonnette, charged with six counts of murder and five counts of attempted murder with a restricted firearm.

Reports about the 27-year-old accused man’s Facebook page say he described himself as a “big” Donald Trump fan and tweeted last year that it was “time for a real leader” who will fight against terrorism.

It isn’t difficult for me to connect dots between the recent “Muslim ban” in the U.S. and the terrorizing actions of a radicalized Trump supporter in Canada. I believe apprehension about calling this terrorism has less to do with the actual definition of terrorism and more to do with at least a decade of “naming and framing” terrorism as a “Muslim problem.”

We have heard heated debates over whether the suspect is a politically motivated “terrorist” or an alienated “lone wolf.”

Resistance to calling him a terrorist, in my view, is a result of the term being applied repeatedly and almost solely to those politically-motivated and radicalized individuals who harbor ideology that is pro-Islam and anti-West.

The political rhetoric on terrorism has aligned Islam and Muslims with politically-motivated ideology and related acts of violence. Suspects in mass shootings who happen to be Muslim are quickly labeled “terrorists,” whereas the white male is labeled the “lone wolf.”

In the case of the Muslim “terrorist,” responsibility is assigned to a collective and blame attributed to an alleged collective characteristic (e.g. criminality, extremist religious ideology, oppression of women). But in the case of the “lone wolf,” responsibility is assigned only to the individual, with no blame placed on that individual’s collective associations (e.g. whiteness, white supremacy leanings, toxic masculinity, extreme right-wing political ideology).

Furthermore, the lone wolf narrative is often polluted with a long list of apparently reasonable and almost victim-making explanations for his deviant behavior - the alienated, marginalized, bullied loner.

On the other hand, as we have seen time and again, the Muslim terrorist narrative is filled with villain-making explanations of his brutality; he quickly becomes the “barbaric, misogynistic, homophobic, sociopath.”

This careful and effective labeling immediately denotes the Muslim as a criminally- intentioned villain and the lone wolf as a psychologically and socially troubled victim of social conditions.

What might not instantly be obvious is how important this “naming” is to the overall “framing” of people as social problems. Naming and framing are used to excuse or justify wrongdoing.

Calling the Quebec massacre a terrorist attack is imperative for us to delineate and separate terrorism from Islam and the villains from the victims.

In the current climate of fear-mongering and division, now more than ever, it is extremely important for us, as Canadians, to be careful with our words and our definitions and to call things out for what they are, even if the Americans do not.

Thanks for your analysis

Thanks for your analysis Sabreena. You have chosen an interesting field of study and I encourage you to write more frequently. I am sure that all of us, being the readers of National Observer, will benefit from your knowledge and experience.