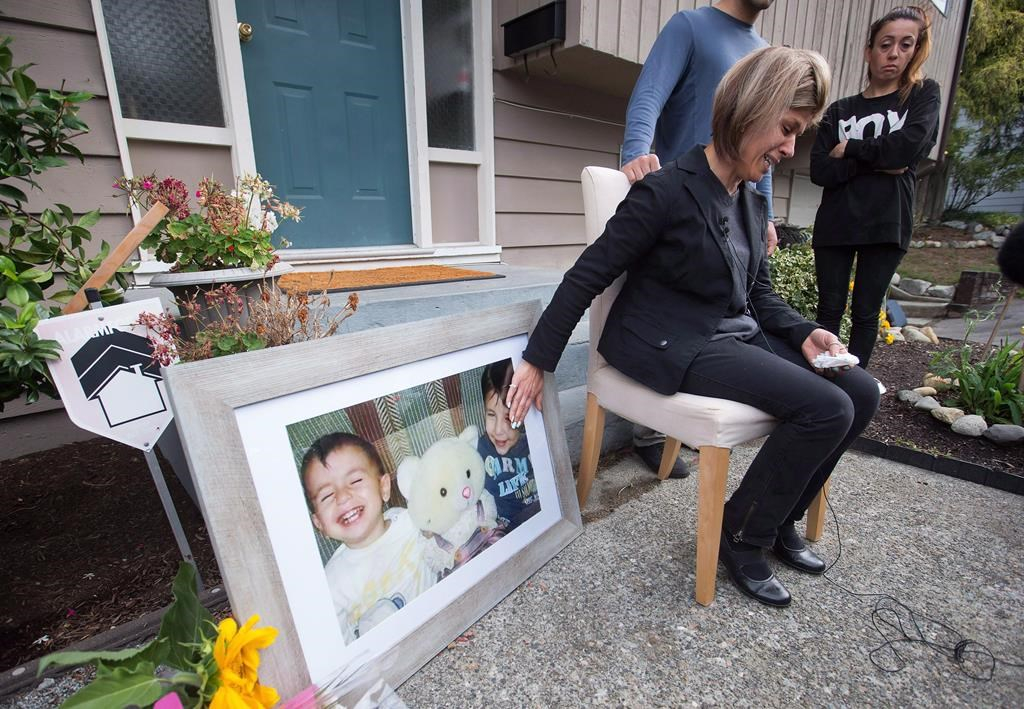 Tima Kurdi sits outside her home in Coquitlam, B.C., with a framed photo of her nephews, Alan and Galib, who drowned as their family tried to escape Syria to safety in Greece. File photo by the Canadian Press
Previous story
Next story

The aunt of a drowned Syrian toddler who became a haunting symbol of the country's refugee crisis will be sharing her story in a forthcoming book.

Tima Kurdi's memoir "The Boy on the Beach: A Syrian Family's Story of Love, Loss, and Hope During the Global Refugee Crisis" will be published by Simon & Schuster Canada in the spring of 2018.

The heartbreaking photo of young Alan Kurdi's lifeless body lying face down on a Turkish beach received worldwide attention in September 2015 and generated outrage over the plight of refugees fleeing war-ravaged Syria.

Tima Kurdi, who is based in Coquitlam, B.C., was thrust into the media spotlight and became a public face of the family's shock and grief.

She later sponsored Alan Kurdi's uncle and her brother, Mohammed, and his family, who arrived in B.C. last year.

"The Boy on the Beach" will chronicle her own journey from Syria to Canada, and speak to her family's search for safety during a time of war.

"I hope this book will inspire people and bring all of us together, making us stronger, with love, compassion and hope for a brighter future," she said in a statement on Wednesday.