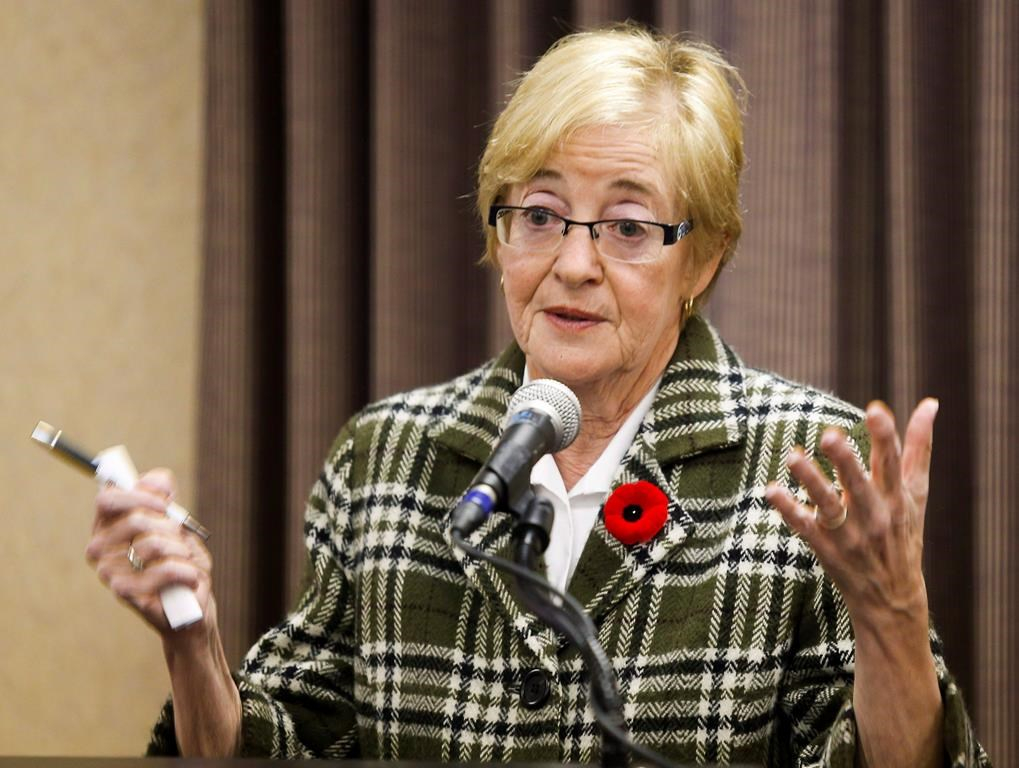 Veteran activist Maude Barlow says she profoundly opposes almost all of Trump's positions, but concurs with his opposition to free trade deals. File photo by The Canadian Press
Previous story

Veteran human-rights crusader Maude Barlow loathes all that Donald Trump stands for, except for one thing: his stance against economic globalization.

Ironically, the U.S. president has emerged as something of an unlikely champion for an idea that he shares with progressive movements like Barlow's Council of Canadians.

Barlow says she concurs with Trump's opposition to free-trade deals — and for some of the same reasons.

Both argue such agreements have only accelerated a hollowing out of the middle class and have left people with fewer work hours and weaker wage growth.

She also acknowledged Trump has succeeded in doing something her organization and others on the left have struggled to pull off since, perhaps, the turn of the century: reinvigorate a large-scale rejection of globalization.

Trump's drive to renegotiate the North American Free Trade Agreement is a unique opportunity for leaders to "fix what's wrong" in the deal, she said. NAFTA, Barlow argues, has favoured the interests of corporations over the masses.

"The moment's come for a debate and, in a funny way, Trump has helped launch that debate," Barlow, who co-founded the citizens' advocacy group in 1985, said in an interview.

The 69-year-old also agreed with Trump's decision to pull the United States out of the huge Trans-Pacific Partnership trade agreement.

But despite a shared disdain for economic globalization — she doesn't see Trump as a friend.

Far from it, Barlow stressed.

"I don't like anything else of what he's done, anywhere," said Barlow, who sees distinguishing groups like her own from Trump as a top priority.

"There's a huge difference between those of us who've been critiquing this for 30 years from a perspective of seeking a more just and sustainable world — and a Donald Trump who will do who knows what...

"It's muddied the waters in the sense that we suddenly have what could be construed as allies that we don't see as allies — from the right wing in Europe to the Donald Trumps in the White House."

She said she profoundly opposes almost all of Trump's positions. She fears he will fail to take care of people and the environment.

Barlow's assessment of Trump's impact on the anti-globalization movement came shortly after the European Parliament ratified a controversial free-trade deal last week between Canada and the European Union.

The pact was finalized despite the vocal objections of movements in Europe that the Council of Canadians supported.

Prime Minister Justin Trudeau, whose trip to Europe last week coincided with the vote, has acknowledged the fears of those who oppose such deals.

During his visit, Trudeau said people who complain that trade deals benefit only a few have a valid concern, but he insisted deals like the Canada-EU free trade pact are good for all.

He spoke about the need for politicians to address the "anxieties" of workers fearful of the pace of change, and of being left behind in the globalized world.

Trudeau also urged European leaders to do a better job explaining the tangible benefits of agreements, like the Canada-EU trade deal.

"When companies post record profits on the backs of workers consistently refused full-time work — and the job security that comes with it — people get defeated," he said in prepared remarks of a speech in Hamburg to an audience of 400 political and business elite.

But Barlow argues the Canada-EU deal will bring greater benefits to corporations at the expense of the people.

"It isn't a pretty agreement," said Barlow, who warned the deal will put public services in Canada at risk and will raise drug prices.

She believes Trudeau should be careful because she doesn't think Canada is immune to the growing anti-trade movements that propelled Trump to victory and helped the United Kingdom vote to leave the EU.

Barlow has been encouraged by Trudeau's efforts in the fight against climate change, but she has been deeply concerned about his support for several controversial projects, such as the Keystone XL and Kinder Morgan pipelines as well as the Site C dam.

She said she has heard workers' concerns in Canada that were similar to the fears present in the U.S. during the election campaign.

"What Donald Trump correctly did, I think, was speak to that hurt," she said.

"I think a lot of people just held their noses about the other stuff ... and heaven forfend, this is what we have."

The U.S. election and opposition to the Canada-EU trade deal have helped breathe new life into a movement that she says has been relatively quiet since the terror attacks of Sept. 11, 2001.

At the time, the anti-globalization movement had been building momentum after showing its might during events such as the huge protests that eclipsed the 1999 World Trade Organization conference — also known as the Battle in Seattle.

But Barlow says the movement faded following 9-11, partly out of concern authorities could connect protesters to terrorism. Instead, she said groups started to focus on writing reports and highlighting the fallout of free-trade deals.

"The time to talk about these trade agreements has come back," she said.

"From left, right and centre, people are talking trade."

Maude sounds almost as confused about the clashing movements taking place in the world as the rest of us do. When Trudeau speaks in Europe about the need to make CETA work for the little guy is he speaking from his heart or is he just trying to build up credits at home after allowing Kinder Morgan, Site C et al? If he continues to think that he can have it both ways in this uncertain world he'll be proven wrong in the next federal election - - - perhaps even before.