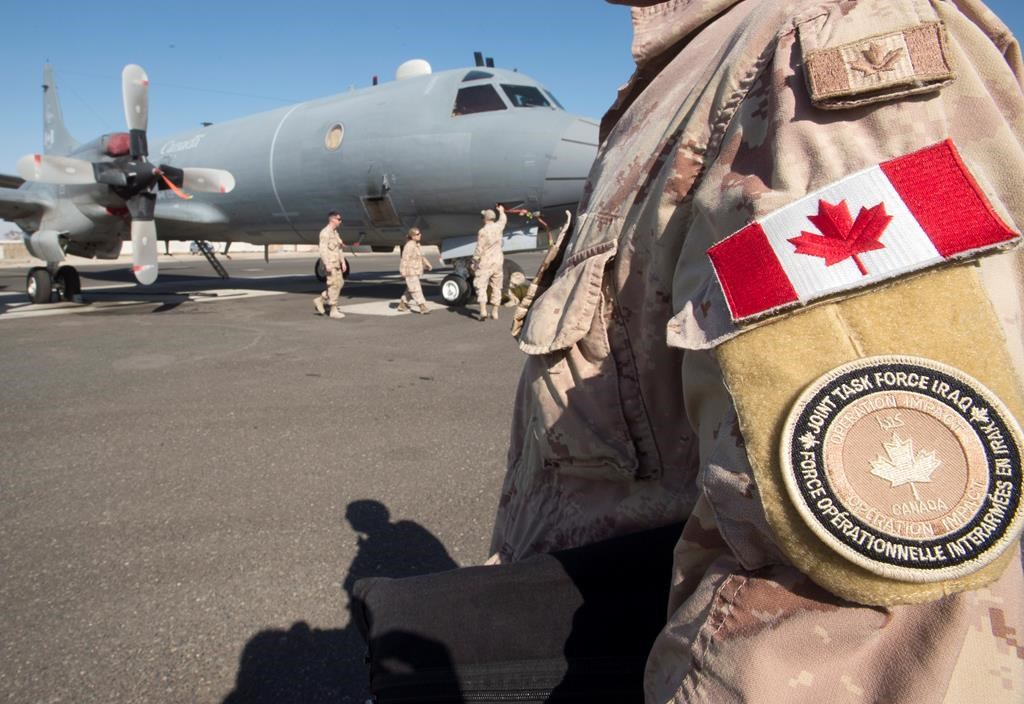 U.S. President Donald Trump could heavily influence the shape of Canada's mission in Iraq in the coming months. Photo by The Canadian Press
Previous story

Canadian military personnel involved in the fight against the Islamic State of Iraq and the Levant are waiting to see what shape their mission will take in the coming months — a decision that could be heavily influenced by U.S. President Donald Trump.

More than 800 service members are currently deployed in half-a-dozen locations across the Persian Gulf region, after the Liberal government revamped Canada's contribution to the American-led war against ISIL last year.

While the majority of those missions have been over Iraq, a senior Canadian commander revealed Sunday that the aircraft have also flown dozens of times over Syria in recent months.

"We have done work in Syria," Brig.-Gen. Shane Brennan, commander of Canada's Joint Task Force-Iraq, told reporters during a media tour of the mission, though he added: "There's lots of work to do in Iraq. We are looking at all of the areas."

The flights over Syria have also included a different Canadian plane that has been refuelling coalition aircraft directly responsible for bombing or otherwise destroying ISIL forces and other targets.

The increased Canadian military activity over Syria, which Brennan described as between 20 and 30 missions in the past few months, is only one indication that the war against ISIL is shifting into a new phase.

As Brennan was speaking at an airfield, the location of which the military didn't want revealed for security reasons, Iraqi forces were launching their long-awaited assault on western Mosul.

The battle, which comes about a month after Iraqi forces declared the eastern part of the city free of ISIL, has been billed as a defining moment in eventually freeing Iraq from the extremist group's grip.

While the fight for the city's western half is expected to be much harder than what came before, Brennan was adamant that victory was a certainty.

"There is a battle that is ongoing and will be won," Brennan said. "It's an inevitable event."

Less certain is what role Canadian troops will play when the current mandate, which also includes a military hospital, special forces troops and a helicopter detachment in northern Iraq, expires in March.

Military commanders are drawing up options based on a number of factors, including the expectation that ISIL will become a traditional insurgency in Iraq, which would require more police and counter-terrorism forces.

Canadian Brig.-Gen. David Anderson, who is leading an international team of military advisers in Iraq's defence ministry, said his group recently submitted a two-year plan focused on exactly that.

There are also concerns that the group will try to spread outside Iraq and Syria, which is why Canada helping strengthen border security in Jordan and Lebanon.

The military will present three options for the government to choose from in the coming weeks in deciding the future of the mission.

Yet one big wild card is what direction the U.S. military will go, after President Trump blasted the slow progress of the fight against ISIL and ordered a 30-day review to consider new options.

U.S. Defence Secretary James Mattis is expected to visit Iraq in the next week or so before presenting his recommendations later this month.

Exactly what Mattis will recommend, both in Iraq and Syria, is wide open for speculation.

But Brennan said the results could have a big impact on what Canada decides to do given the need to ensure a unified and co-ordinated international effort in the fight against ISIL.

"It does depend what happens," Brennan said. "We are waiting as well. I think the question is: What else needs to be done or could be done?"