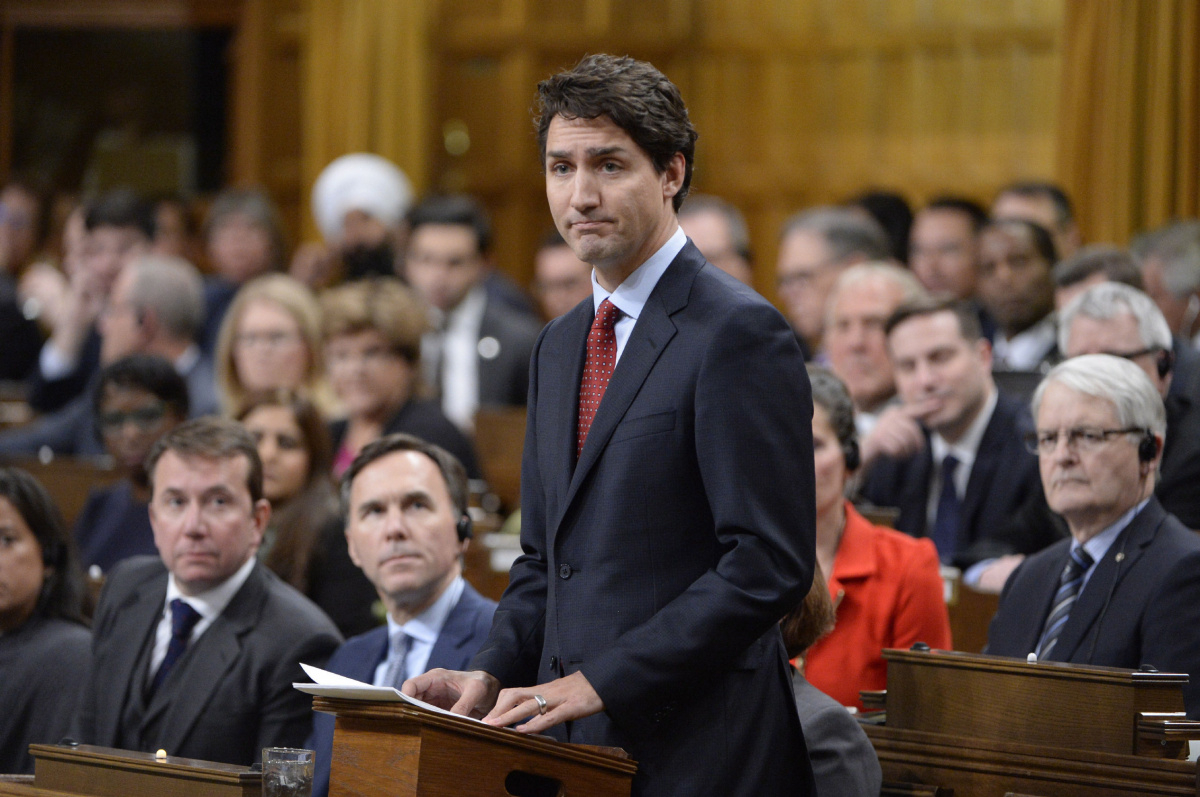 Trudeau suggests it's better to be cleared for entry into the United States while in Canada, because travellers are protected under the Canadian charter of rights, as opposed to American laws. Bill C-23, the Preclearance Act, came up for second reading debate in the House of Commons on Tuesday.

Introduced by Public Safety Minister Ralph Goodale last June, it would replace and expand provisions of the Air Transport Preclearance Agreement signed between Canada and the United States in 2001.

The two countries signed a new agreement in 2015 to expand border clearance and proponents say measures included in the bill will speed the flow of people and goods across the border.

Under preclearance, travellers don't have to pass through customs in the U.S., because they've already done so before departing Canada.

Critics have concerns about the legislation, arguing that it would lead to the erosion of rights of people travelling both to the United States and Canada.

On his way into a Liberal caucus meeting Wednesday, Trudeau suggested it's better to be cleared for travel while still on Canadian soil.

"When you're doing preclearance in Canada, the Canadian Charter of Rights and Freedoms and Canadian laws are in place, so there is extra protection."