By Alexander Panetta in News, US News, Politics | February 24th 2017 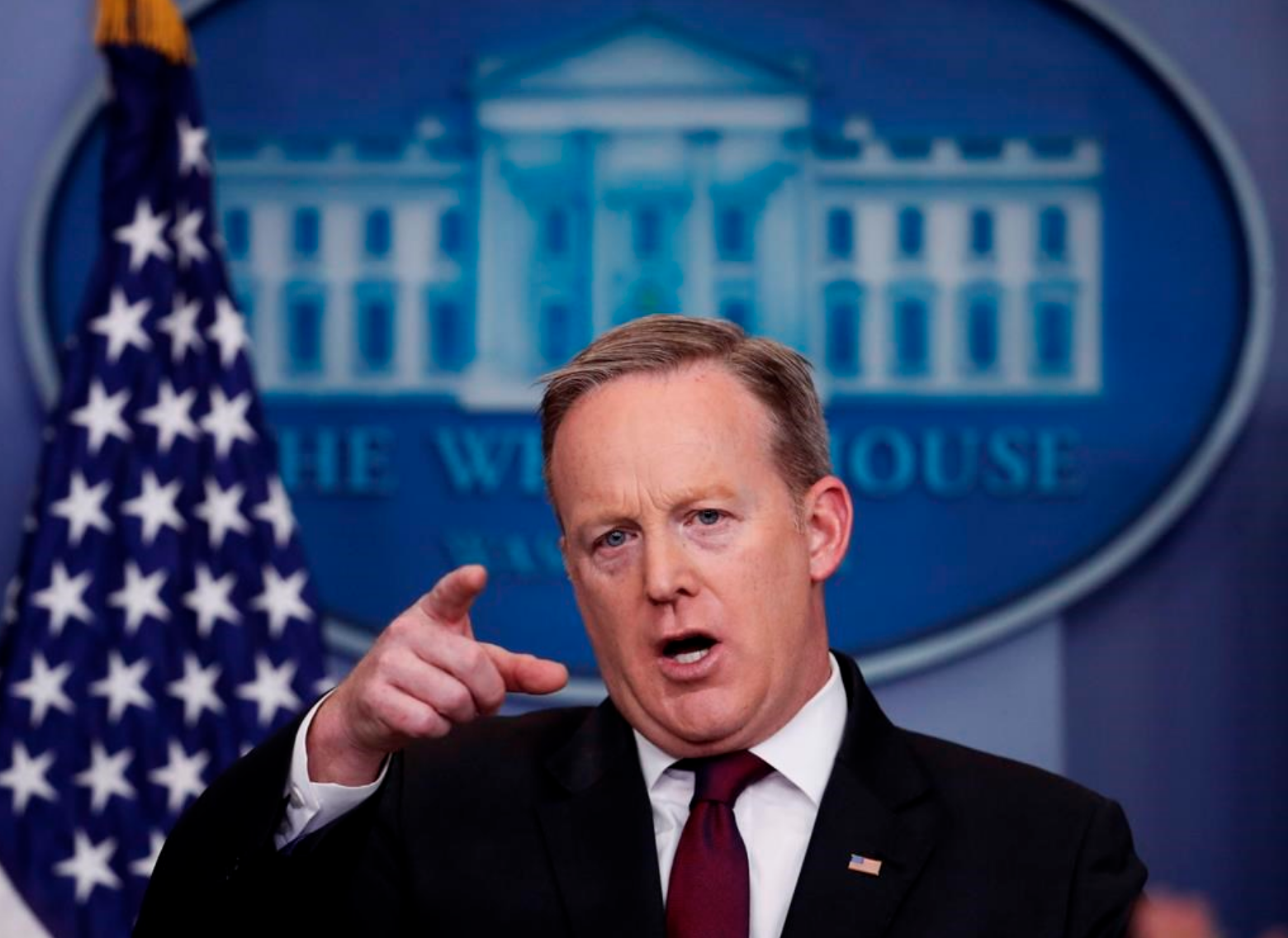 White House press secretary Sean Spicer laughed off the idea of building a wall to separate Canada from the U.S. during a daily briefing with media on Thurs. Feb. 23, 2017 in Washington, D.C. Photo by The Canadian Press
Previous story

White House spokesman Sean Spicer laughed off the idea of building a wall along the northern U.S. border Thursday after a journalist from Montana floated the notion during his daily media briefing.

Spicer and the assembled reporters had to guffaw when the NBC News reporter, taking part via video link, asked whether there were plans to apply to Canada the same treatment U.S. President Donald Trump has directed at Mexico.

Cue the chuckles in the White House briefing room.

The timing of the question carried some irony. News stories in recent days have been about people fleeing the other way — migrants leaving the United States on foot and taking unofficial routes to cross into Canada.

It also came after a phone call Thursday between Trump and Prime Minister Justin Trudeau, where the border was one topic. It was the fourth conversation between the two since the Nov. 8 election, and the third by phone.

Statements from both countries saluted their meeting last week in Washington.

"President Trump emphasized the importance of working closely with Canada on cross-border issues, including implementation of his administration's actions to protect America from terrorist attacks by foreign nationals and others," said the White House statement.

"The two leaders noted their desire to continue building on the countries' deep partnership, which has been strengthened by their meeting on Feb. 13."

They also discussed softwood lumber negotiations, which have languished for months without a resolution. They also talked about working on the Canada-U.S. women's business group they created with Trump's daughter Ivanka.

Trump himself described that initiative as "very important" to him during a news conference last week.

One thing they likely didn't discuss: the U.S. building a wall with Canada. Trump has twice brushed off the idea in the past, and his spokesman, after an initial laugh with the White House press corps, avoided directly answering the question.

"I think the president understands our southern border is where we have more of a concern in terms of the number of people and the type of activity that's coming over there — in terms of the cartels, the drug activity," Spicer said.

Finance Minister Bill Morneau is to travel to Washington next week to meet with his American counterpart Steven Mnuchin. Morneau tweeted Thursday evening that he had a productive phone conversation with the American Treasury Secretary and the two men decided to meet face-to-face for the first time on March 1.

By Mike Blanchfield in News, US News, Politics | February 8th 2017

By The Canadian Press in News, Politics | February 26th 2016