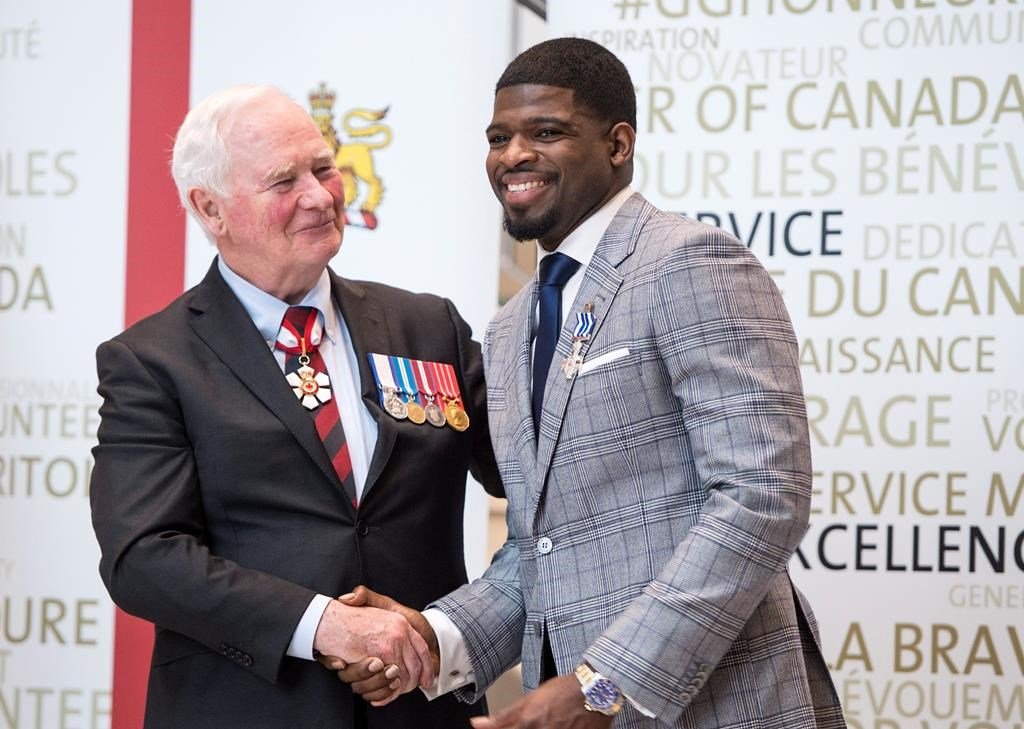 Today's ceremony was held in the P.K. Subban atrium of the Montreal Children's Hospital.

Subban pledged in September 2015 to raise $10 million over seven years through a program called P.K.'s Helping Hand to aid families struggling financially due to a child's illness.

The hospital then named its atrium after the Toronto native.

The Nashville Predators rearguard is in town for his team's game against the Canadiens at the Bell Centre on Thursday.

It will be his first game in Montreal since his trade to Nashville last year in exchange for Shea Weber.