'All hat and no cattle:' Trudeau says Albertans tired of being taken for granted 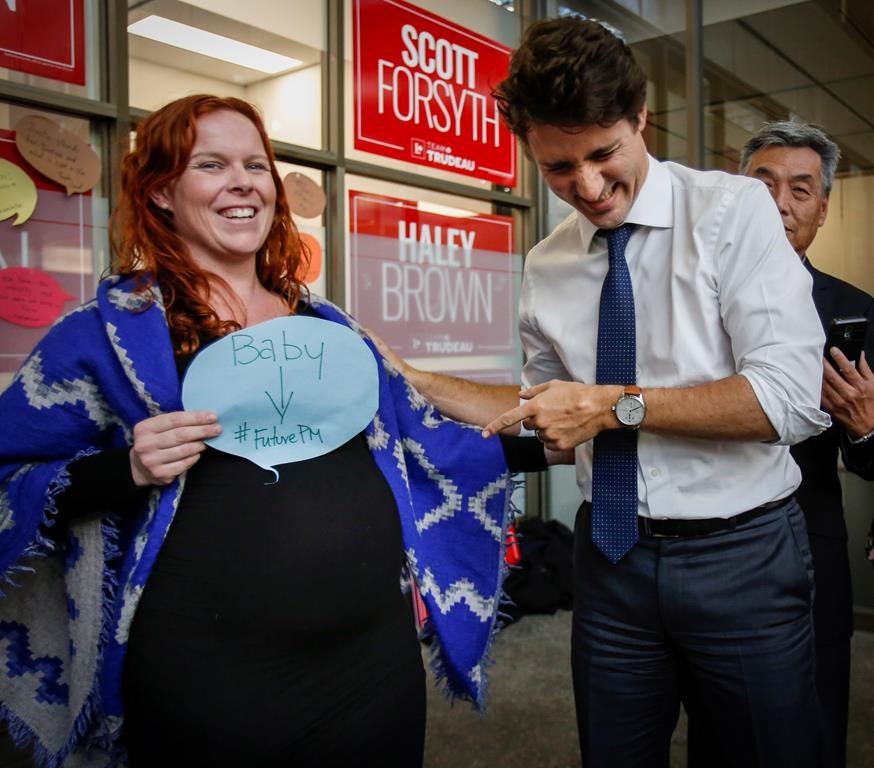 Prime Minister Justin Trudeau says his government has worked hard in the last year to show Albertans that it is listening to their concerns.

While spending Wednesday in Calgary campaigning for a pair of pending federal byelections, he noted the Liberal government has adjusted employment benefits for hard-hit resource workers, invested in infrastructure and approved an oil pipeline to new markets.

The previous federal government said for 10 years that it supported Alberta and the oilsands, but was unable to get a pipeline built to any ports, said Trudeau.

"That's not spin. That's not a political argument. Those are facts and everyone here in Alberta knows that," he said.

The byelections on April 3 are needed to fill vacancies left when former prime minister Stephen Harper and MP Jason Kenney stepped down in Calgary Heritage and Calgary Midnapore, respectively. Kenney is running for the Alberta Tory leadership.

She told reporters the prime minister’s plan to introduce a federal carbon pricing strategy is an important issue for her party.

"We need to send him a strong message this is going to hurt a lot of people across this country. It's already hurt thousands of families in Ontario, and we don't need it to happen here. So we're asking him to abandon the carbon tax."

She was optimistic the messaging would resonate with voters.

“I feel very confident that our party, which is the voice of the taxpayer, the voice of ordinary working people, the voice that says no to the carbon tax ... will be successful."

Trudeau, meanwhile, said Albertans are tired of being taken for granted.

"They want a better option, and that's exactly what we're putting forward," he said. "We will not write off any corner of this country. That's what I'm doing right here. That's why I go to every byelection."

No one expected the Liberals to win any Calgary seats in the 2015 federal election, he said, but a lot of hard work led to the party winning two seats.

"Calgarians are tired of being taken for grant by people who talk a good game, but, as you say around here, it's all hat and no cattle. People deserve better."

Later in the day, Trudeau attended a rally for Liberal candidates Haley Brown and Scott Forsyth, telling the crowd of about 1,000 that it was his sixth visit to Calgary as prime minister.

"And I'm going to keep coming back no matter what some people say because Alberta matters, Calgary matters."

He said Canadians are grateful for the contributions Albertans have made over the years and he acknowledged the economic hardship many in the province are facing due to low oil prices.

"You have supported Canada for so long that Canada will be there to continue to support all of you."

— with files from CHQR