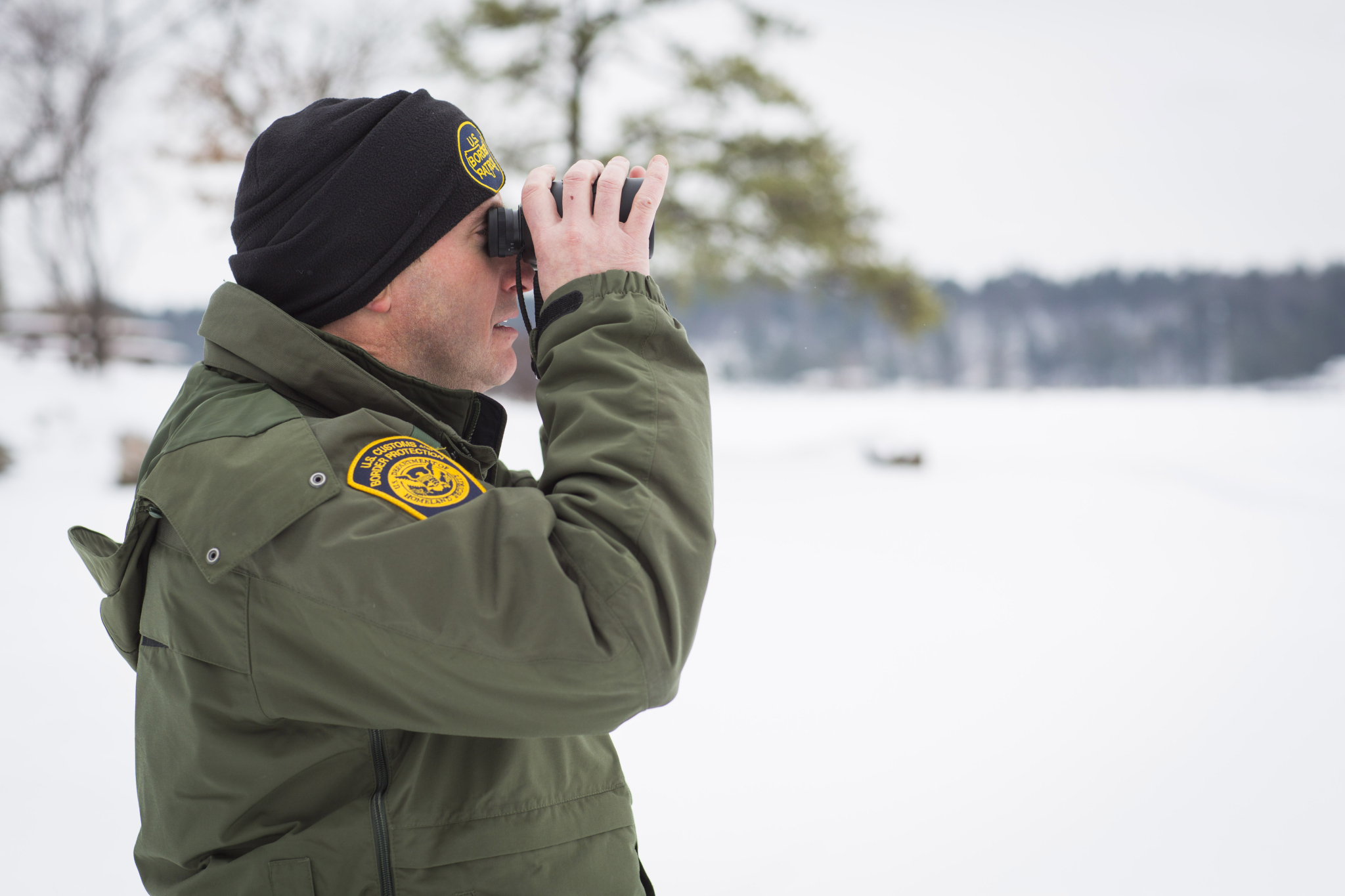 A United States Border Patrol agent scans an area near the U.S.-Canada border in New York in 2015. US CBP file photo by James Tourtellotte
Previous story

The federal government is preparing for a possible surge of people claiming refugee status entering Canada through the U.S. land border, according to government officials in Ottawa.

Canada’s border agency is seeing an uptick of asylum claims at the border and is moving to allocate resources that meet those requirements, said officials, who provided the information on a background basis during a media briefing on Thursday. In Emerson, Man., for example, where reports have showed several asylum seekers crossing the border, the border agency has made sure its staffing is adequate, they said.

Canada is currently experiencing a spike in the number of asylum-seekers entering through the United States over land. Nearly 1,700 people filed such claims between Jan. 1 and Feb. 21, officials told reporters, citing preliminary numbers. That’s an increase of 970 people from the same period last year, when 728 made asylum claims during that timeframe.

Separately, at government offices inside Canada but away from the border, there has also been a spike in asylum claims — from 1,083 people to 2,281 people, an increase of 1,198.

Officials are hesitant to call it a trend. The Canada Border Services Agency is used to dealing with cyclical movements of travellers, they said, during the summertime, for example. The agency routinely prepares for that cycle and said it was too soon to say if the current activity is something different.

The numbers provided on Thursday also include everyone applying for refugee status, whether or not they appeared at “ports of entry” — the term for a designated border crossing where you drive up and talk to an immigration official — or at unmanned locations.

It is illegal to cross between ports of entry, but that illegality does not necessarily determine whether or not law enforcement officials will admit an individual onto Canadian soil and allow them to make a refugee claim.

There have been multiple reports this year of people crossing into Canada illegally between ports of entry. That has raised concerns that the anti-immigrant rhetoric of U.S. President Donald Trump is driving people north, media outlets have reported.

While the RCMP has been arresting people crossing the border if they catch them crossing between ports of entry, authorities said so far they have not laid any charges. Instead, they are passing the individuals on to other government agencies.

Canada’s Safe Third Country Agreement with the U.S., officials explained, applies to those who cross into Canada from the U.S. at legal ports of entry and make an asylum claim at the border. This has led to speculation that asylum seekers in the U.S. are choosing to make the dangerous trek to Canada in the dead of winter, away from ports of entry, because the agreement wouldn't apply to them and they wouldn't necessarily be sent back to the U.S.

Government officials made it clear on Thursday that the Canadian government does not encourage anyone to cross the border illegally, and that Canada still considers the U.S. to have a fair assessment system.

The determination of refugee status is made by the Immigration and Refugee Board. That process can take months, and decisions on asylum claims are made based on the merits of the case.