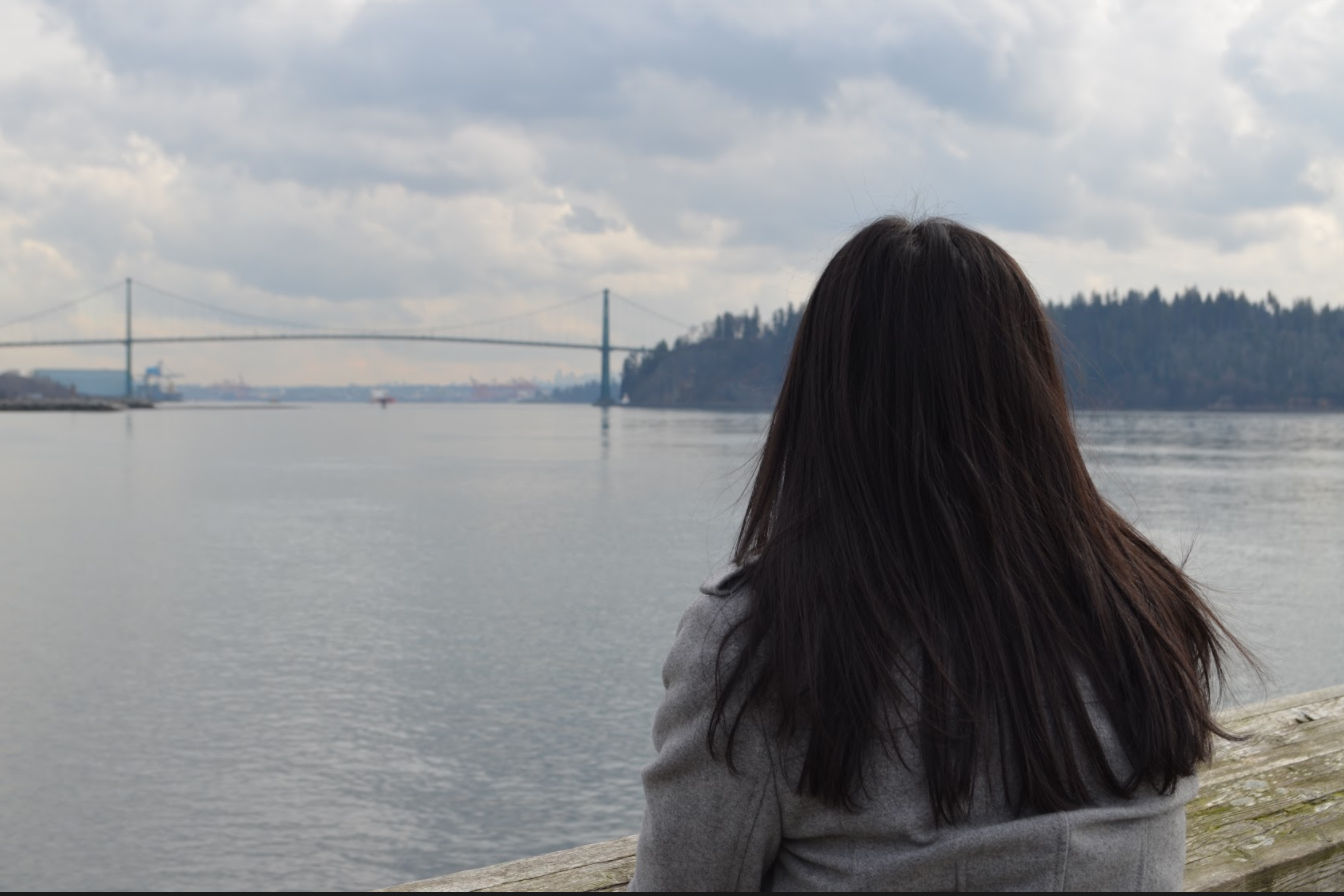 N.S., an elementary school teacher who was detained by U.S. customs officials at the U.S.-Canada border, peers over the water at Ambleside Park in West Vancouver, B.C. on Feb. 28, 2017. Photo by Alia Dharssi
Previous story
Next story

A soft-spoken elementary school teacher from a Vancouver suburb is scared to cross the border between Canada and the United States.

Born and raised in Canada, she hasn’t always felt this way. But an intimidating encounter with U.S. customs officers in April 2016, after which she and a friend were denied entry to the U.S., changed that. She spoke to National Observer on condition of anonymity and is quoted with her initials, N.S..

Last spring, N.S., who is in her 30s and has a passion for music, was headed to Seattle, Wash. with a friend to perform with her Vancouver choir. When the women, both Indo-Canadian Muslims, reached the Peace Arch land border crossing between B.C. and Washington, they were taken into an inspection area for further questioning.

Initially, the officers seemed friendly, asking the usual questions about why “the ladies” were headed south and requesting their passports, N.S. recalled. Then, they told the women to wait, before calling them back multiple times for more information, documents and eventually, their fingerprints and photos.

“There were a couple of border patrol people wearing sunglasses inside, so you couldn’t see their eyes and it was very intimidating,” said N.S., adding that she felt “a little scared” and “unsafe” after her fingerprints were taken.

Canadians singled out because they're Muslim

After more than an hour of questioning, N.S and her friend were denied entry to the U.S. on grounds they didn’t have visas to perform professionally, she said. According to the rules, however, amateurs who don’t perform for pay can enter as tourists. The two women, who sing as a hobby, were headed to Seattle as volunteers. Everyone else in their choir of about 30 people — none of them Muslims or South Asian — crossed the border without a hitch.

Like others Canadians more recently denied entry to the U.S., including a Montreal woman who had religious videos on her phone and a Canadian track athlete with Moroccan roots, N.S. is a Muslim. But N.S. was denied entry many months before Donald Trump was elected president and ordered a “travel ban” on citizens of seven Muslim-majority countries. The ban has been struck down by the courts for now.

Even as Trump’s policies on immigration spark global criticism, cases like N.S.’s underscore how the U.S.-Canada border has long been a space where Canadians can be subjected to scrutiny by U.S. law enforcement without the same expectations of privacy as they would have from Canadian law enforcement.

But now that the United States has an administration hostile to immigrants and Muslims, the extent to which Canadians are subjected to scrutiny under those same roles seems set to increase. This development, combined with amendments to the Preclearance Act currently before Parliament, has left some lawyers alarmed that Canadians could face increased scrutiny and discrimination when crossing the border.

In the process, stories like N.S.’s may become more commonplace.

“It’s important to remember that Canadians have no right to enter the United States,” said Laura Track, a lawyer at the BC Civil Liberties Association. “U.S. border officials have always had these broad powers to ask questions of potential travellers and refuse access to the country.”

Long before Trump, U.S. customs officers used their powers of discretion to deny Canadians the ability to cross for a variety of reasons, she added. At various points in the past, having HIV/AIDS, a history of mental health problems and a recorded suicide attempt have all served as grounds for keeping Canadians out of America.

One Vancouver man alleges he was discriminated against by U.S. customs officers on the grounds of sexual orientation in October 2016. According to a story published in Daily Xtra last week, the man named André was denied entry to the U.S. after customs officers searched his phone, logged into his profile on a gay hookup app and examined nude photos of him.

“People are being targeted (by U.S. customs officers) not because they fit the text of (Trump’s executive order on immigration) but because, in the minds of some people, they should be excluded from the United States,” said Shefman.

But a spokesperson for U.S. Customs and Border Protection said in an email that the agency “strictly prohibits profiling on the basis of race or religion” and urged “international travelers who seek resolutions regarding difficulties” to lodge a complaint with the Department of Homeland Security.

Similarly, a spokesperson for Public Safety Minister Ralph Goodale urged Canadians to report their concerns to the Department of Homeland Security.

Lawyers who spoke to National Observer said Canadians who feel discrimination can withdraw from the border clearance process and return home. Apart from that, there’s little recourse.

“The border is a unique place,” explained Shefman. “The rights that Canadians enjoy in Canada and Americans enjoy in America, they aren’t the same at the border.”

For this reason, lawyers in Canada are particularly concerned about proposed amendments to the Preclearance Act in Bill C-23 that were negotiated by the Canadian and U.S. governments before Trump came to power to facilitate the movement of people and goods.

The proposed law would allow U.S. customs officers to screen Canadians for entry to the U.S. in designated pre-clearance areas on Canadian soil. It grants them broad powers on Canadian soil, such as the right to strip search and to exercise their discretion, while removing the right of Canadians to withdraw from pre-clearance without explaining themselves. If an officer is unsatisfied with their reasons, they may be further detained.

“The U.S. government has recently made disturbing pronouncements, which raise questions about how customs officers would exercise their powers,” said Vance Langford, a Calgary lawyer and chair of the National Immigration Law Section of the Canadian Bar Association.

But Prime Minister Justin Trudeau told reporters in February that Canadians in pre-clearance zones will be protected by Canadian laws.

“When you’re doing pre-clearance in Canada, Canadian Charter of Rights and Freedoms and Canadian laws are in place, so there is extra protection when Canadians go through American customs in Canada because they are protected by the Charter on Canadian soil,” Trudeau said.

However, Langford said the wording of Bill C-23 is too vague to ensure U.S. officers unfamiliar with Canadian law don’t cross a line and gives them too much power to perform invasive searches.

“They are virtually unaccountable,” he said.

As for N.S., she has no plans to cross into America anytime soon.

“Especially now, given what’s going on down there, definitely not!” she exclaimed.

I am a Jew so I'm probably

I am a Jew so I'm probably okay. It's only happening to them. Right? Right??