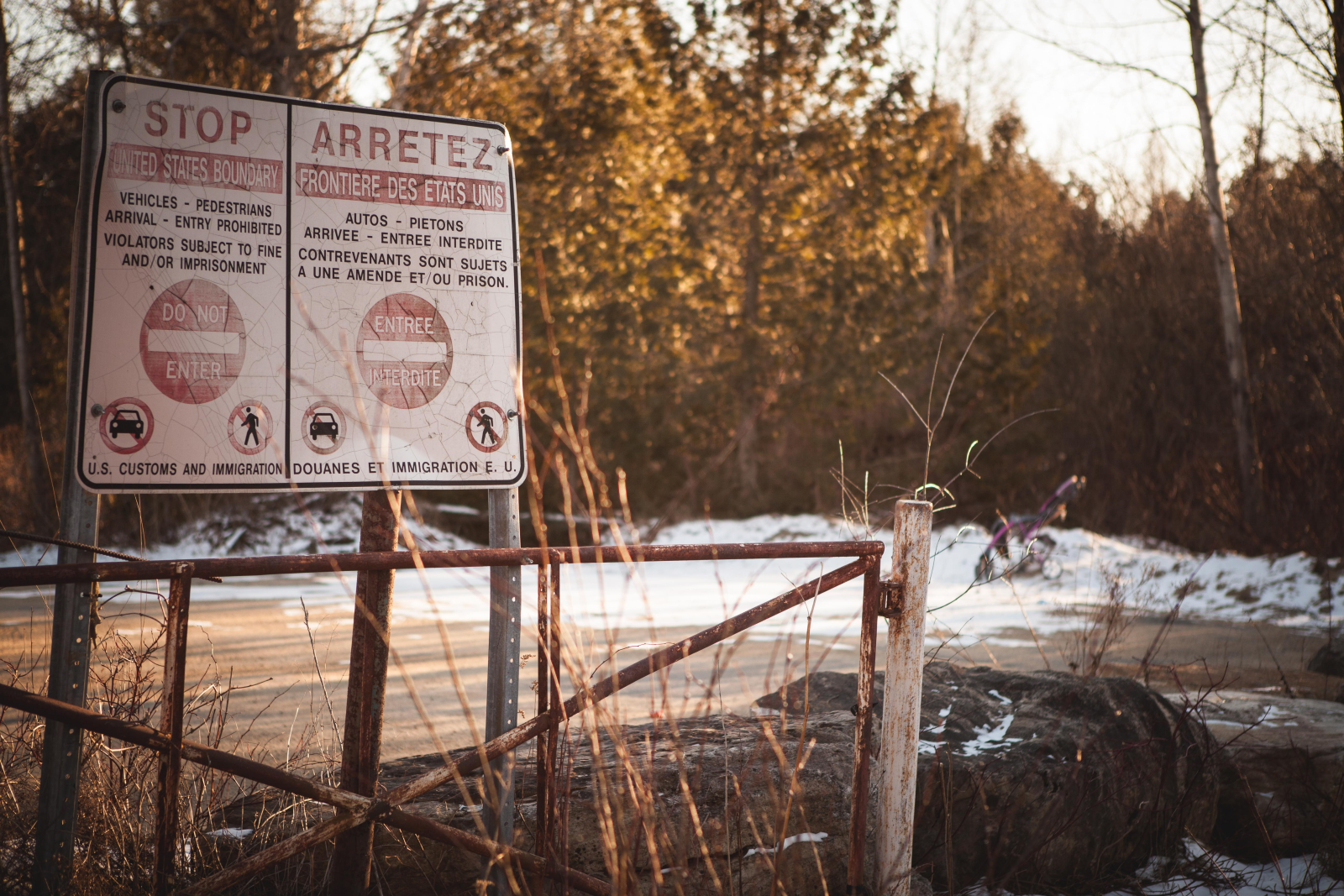 The border crossing is generally quiet, as there is no 'flood' of refugees. But the discarded stroller to the side is a reminder of recent events. Photo by Alex Tétreault
Previous story

The locals gathered in the Quebec border town of Hemmingford were upbeat.

If anyone was worried or scared about refugees illegally crossing the U.S. border into Canada, there was little sign of that at a special town hall meeting on March 6. Only the first person to ask a question to the panel expressed some safety concern. Instead, they were more concerned about the welfare of the people fleeing President Donald Trump's America into the town that is about a 45 minute drive south of Montreal.

Prominent Montreal activist Jaggi Singh was among the crowd and he questioned the methods employed by the RCMP, specifically the handcuffing of asylum seekers. But others lauded their efforts and initiative, including a decision by Cst. Marcel Pelletier to add a child seat to his police cruiser.

Organizers belonging to the Hemmingford United Church and Amnesty International invited representatives from the RCMP, the United Nations High Commission for Refugees and Action Réfugiés Montréal to the afternoon gathering. They sought more information about what multiple media reports have described as a 'refugee crisis' ever since Trump's election.

Many of the reports have focused on border-crossers in Hemmingford, as well as the small town of Emerson, Man.

Local resident Melissa Pinsonnault-Craig said her only concern was about whether it was legal for her to offer help to the families crossing the border in their area. "Would I be in trouble if I were to bring them inside to warm them up, feed them, offer them a shower, before calling the police?"

Even if the residents of the area are not worried about the influx, Peter Clarke of Action Réfugiés Montréal noted that the number of refugees crossing the border has not actually increased significantly. They are expecting the 2016 total to be on par with the average of the years leading up to 2012, when the former Conservative government introduced new immigration laws that drastically reduced the number of claimants the following year. Since then, the numbers have once again started to climb, approaching their previous levels.

The border itself used to be an official crossing, but was closed down in 1976. Today, it's a road ending in a trench that separates it from a residential unpaved road on the American side, with a white concrete pillar marking the line. It's a quiet area. Recently, the RCMP has posted its agents here in patrol cars. They are keeping watch and making polite first contact with crossers, but say the asylum seekers are not coming in droves.

While the recent uptick making the news is significant, according to residents it is only relative. The Town of Hemmingford remains quaint and quiet, far from a crisis zone.

More photos from the gallery: