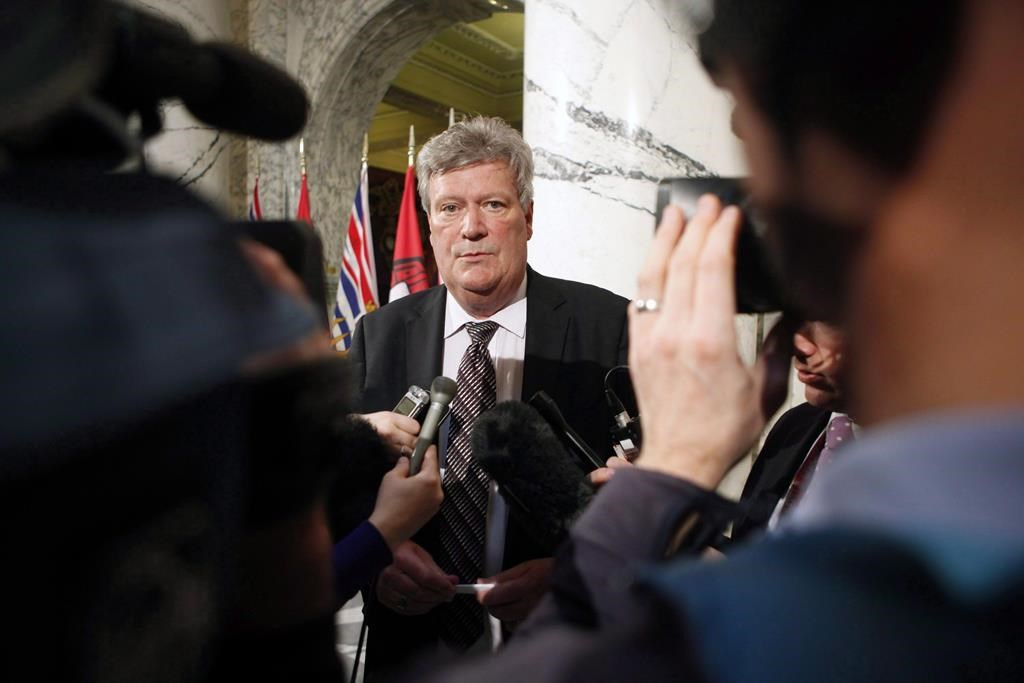 British Columbia's Liberals say their fundraising practices are transparent and the party will co-operate fully with an Elections BC review of potential Election Act violations involving indirect political donations by lobbyists.

"We have nothing that we have done wrong, nothing to hide from any inquiries Elections BC has," Rich Coleman, deputy premier and Liberal party campaign co-chairman, said Monday. "The reality is our party runs by the rules."

Penalties for violating the financing provisions of the Election Act are a fine of not more than $10,000, imprisonment for a term of not longer than one year, or both. Elections BC said media reports resulted in the review.

"The scope of Elections BC’s investigation into this matter is open-ended and will depend on how our review progresses. Following our investigation, this matter may be forwarded to the Criminal Justice Branch of the Ministry of Justice if it appears that the Election Act has been contravened," it said.

Section 190 requires financial agents of the parties to record specific information about each contribution, including the class of each contributor, such as individuals, corporations, trade unions, non-profit organizations and other contributors.

Coleman said when the party receives money it believes it comes from the person or company named on the payment.

"They don't disclose to us if they are actually collecting that money back from somebody else," said Coleman. "The act is very clear, you can't do that. Our expectation is whoever is making the donation is making it on behalf of themselves or whatever company they are."

Liberal party spokesman Emile Scheffel said in a statement Monday the issue appears to be a result of misunderstandings by donors about the rules of political contributions in B.C.

"We are taking immediate steps to ensure all donors understand their legal obligations under the Election Act," said the statement.

The Liberals are expected to introduce legislation within days that ensures prompt and transparent reporting of party donations. The Liberals recently reported the party raised $12.4 million in donations last year. B.C.'s Opposition New Democrats, who have yet to report their finances for 2016, received $3 million in political donations in 2015.

The NDP has introduced six previous private member's bills calling for bans on union and corporate donations to political parties, but the bills were not supported by the Liberals.

Horgan said Monday the Liberals are awash in cash as the province approaches a spring election and the fundraising has left them with an "ethical blind spot."

"This is about the influence of money in our politics," he said. "We can change it, we should change it."

The Liberals have been under fire for the past year over exclusive fundraisers in which donors pay sums up to $20,000 to attend dinners with Premier Christy Clark or her ministers.

In January, Clark said she would no longer accept a $50,000-a-year stipend from the B.C. Liberal party because it had become a distraction.

Green party Leader Andrew Weaver says he wrote to the RCMP on Monday and called for an investigation. The Greens do not accept union or corporate donations, he said.

Vicki Huntington, an independent member of the legislature, said her previous private member's bill to cap annual donations at $1,500 would address the funding issues.

Yes, they will cooperate. To