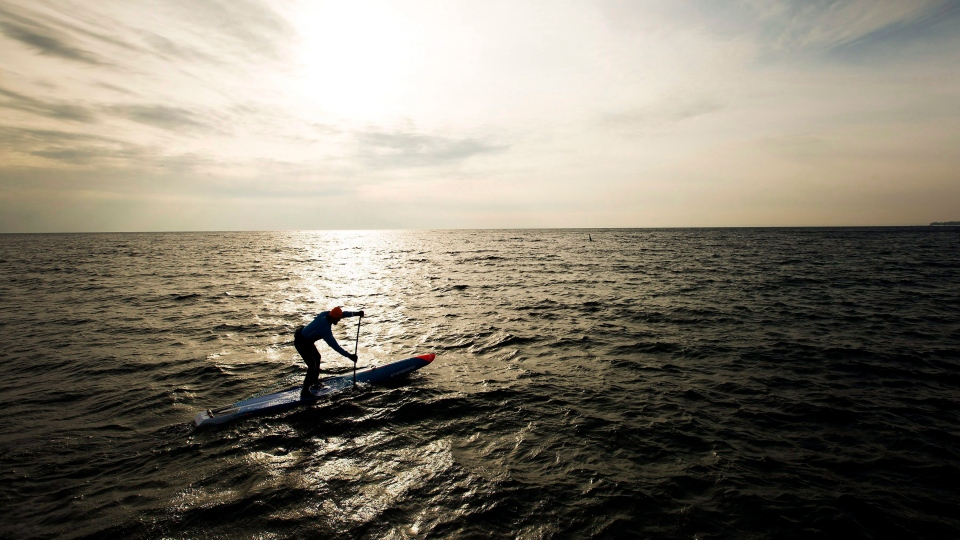 The reported gutting of a program designed to clean up the Great Lakes by U.S. President Donald Trump is out of touch with reality and risks undoing decades of progress, say mayors of cities in the region and scientists working to restore the ecosystem.

Budget proposals leaked from the White House last week suggest that the Trump administration is planning to almost completely defund the EPA’s Great Lakes Restoration Initiative (GLRI), a project that funds cleanup of heavy industrial pollution in the lakes. Under the proposed budget, funding would be cut from $300 million USD to just $10 million.

“People understand on both sides of the border that you just don’t play Russian roulette with the Great Lakes,” Sarnia mayor Mike Bradley told National Observer.

He’s one of dozens of mayors around the Great Lakes region calling on the Trump administration not to carry out the proposed 97 per cent cut to the pollution clean up project.

The largest city on Lake Huron, Sarnia sits on the Canadian-American border at the mouth of the St. Clair River. “Sarnia became what it was because it was located on the water,” Bradley said. “There are a lot of things very much tied into the water and its quality and the quality of life that comes with it.”

Risking that for $300 million doesn’t make sense, he said: “When you look at the cost, it’s not even the wing of an F-18, what they’re cutting."

It’s slightly more than that, but not much – the entire Great Lakes Restoration Initiative costs about as much as three U.S. Air Force F-35s. The U.S. plans to buy another 55 of the next-generation fighter planes in 2017.

"Significant progress" in many polluted areas

Sarnia has been an Environment Canada-designated Area of Concern for pollution since 1985, the year when a mysterious, 60-metre-long oily blob was discovered under the river – the result of an industrial chemical spill.

“For years we’ve treated the Great Lakes like a toilet bowl, from one end to the other,” said Bradley, who was first elected mayor in 1988, three years after the discovery of the blob. “Dilution is the solution” – that was the approach to pollution in the region at the time, he recalled.

The blob was later found to be 11,000 litres of perchlorethylene, a dry cleaning chemical spilled by a Dow Chemical plant nearby. That revelation marked the tipping point for residents and government, Bradley said: “Out of that came a concerted effort to say ‘That’s enough.’”

Today, cancer rates in the area around the city remain elevated, but Environment Canada reports that there has been “significant progress” in improving the quality of the water and overall environment of the St. Clair River.

In assessing the progress of cleanup efforts in areas of concern, the agency looks at the status of “beneficial use indicators” – measures that include the health of fish and wildlife habitat, animal deformities or the safety of drinking water and fish consumption. Sarnia has improved three of those from “impaired” to “not impaired,” and is close to checking off a fourth – restoring fish and wildlife habitat.

Trump’s proposed cuts last week could stop that progress, which Bradley said is the result of close collaboration on both sides of the border, between all levels of government and First Nations. “To have this happen, or at least proposed to happen, when we’re so close to the finish line is extremely upsetting,” he said.

Another huge concern for the region, he said: Trump’s decision last week to suspend a project exploring ways to keep out invasive Asian carp, which could devastate commercial fishing in the region.

U.S. government officials said last week that the Trump administration had ordered the Army Corps of Engineers to delay a report on a proposal to build barriers intended to stop the invasive fish from moving into the Great Lakes – effectively suspending the project indefinitely.

The aggressive, invasive species have moved north from the American South since they were introduced in the 1970s. Elected representatives from six American states wrote to the president last week demanding that he release the report and move ahead with the Asian carp action plan.

“It would be a nightmare if they in any sort of number got into the Great Lakes. To think that the government wouldn’t see this is just astounding,” Bradley said.

That proposal was built in part on research done at the University of Windsor’s Great Lakes Institute for Environmental Research. Daniel Heath, a geneticist and executive director of the institute, said it was “disheartening” to see the government abandon the plan, which he believed stood a good chance of working.

Wider cuts to the EPA – a proposed 3,000 job cuts and overall budget cuts of 20 to 30 per cent per department – would also severely impact scientists’ ability to continue their work in every area across the Great Lakes, Heath said.

The EPA gathers huge amounts of data on the Great Lakes – if the proposed cuts go through, it’s unclear if the agency will be able to continue to gather that data or provide access to it. Cutting that off would be a huge blow to scientists across the region, he said.

Ironically, research from Heath’s lab and others around the Great Lakes should help the U.S. and Canadian governments to save money in the long term by allowing more targeted interventions against invasive species like Asian carp, Heath said.

Research from GLIER helped shape regulations that prevent the spread of invasive species stowed away in the ballast water of ships. That’s how zebra mussels are believed to have first entered the Great Lakes in the 1980s. Ontario Power Generation alone spent $44 million to keep the mussels out of the utility's pipes just between 1999 and 2000s. OPG did not respond to a request for more up-to-date numbers, and a spokeswoman for Ontario's Minister of Energy would not comment on the implications for Ontario of the proposed cuts.

“Since those regulations were changed, we haven’t found any new invaders that come from ballast water in many, many years,” Heath said. “That was a success story, where academic and government researchers worked together and then policy makers acted, transport companies complied and we got where we needed to go.”

Transport Canada declined to comment on the proposed cuts, but a spokeswoman said that the department would continue to work with the U.S. on ballast water management.

Environment and Climate Change Canada declined to respond to questions about the proposed cuts, but a department spokesman said that Canada “remains committed” to its commitments on restoring environmental quality in the Great Lakes.

Heath said he found it hard to believe that the proposed cuts would go through as planned. “It seems a relatively minor savings to get for a huge potential cost. I wonder whether nobody’s actually looked at it very closely and it was just an easy thing to do without thinking about,” he asked.

Tom Henderson, head of the public advisory committee for the Windsor, Ont.-based Detroit River Canadian Cleanup, said he asked the same question when he heard about the cuts last week.

“What are they doing over there? What are they thinking? It’s bizarre,” Henderson told National Observer. “It’s just unbelievable, what he’s announced.”

He said much of the decades-long river cleanup has relied on American funding. “It’s just a numbers game, and they have so much more. There is no way that the Canadian side, at least for the Detroit river, could come anywhere near making up for the loss of any funding on the American side. Can’t be done,” he said.

Henderson grew up in the area, never more than a mile from the river. It wasn’t long ago that toilets in the city were connected by a straight pipe into the river, he recalled. But work from all levels of government and cross-border cooperation has helped the river to recover remarkably.

One of the biggest changes he’s noticed near Windsor: the return of eagles, drawn back to the river as fish stocks increase. “They started off with three or four nests on the Detroit river on both sides. Now they’re all over the place,” Henderson said.

Sturgeon are also making a comeback in the Detroit River, and spawning lake whitefish are returning after being driven out in the 1920s by pollution, habitat degradation and an abundance of predators. After eight decades of absence, a U.S. Geological Survey study in 2006 found hundreds of larvae in the Detroit River.

“A lot of it is this federal money that has come in, and if Trump cuts that off, it’s going to be disastrous,” Henderson said.

He said he has written to Prime Minister Justin Trudeau and Ontario premier Kathleen Wynne, asking both to urge the U.S. president to maintain funding for the EPA’s Great Lakes projects. “At stake is the condition of 20 per cent of the world's fresh water. Your active participation is vital,” he wrote.