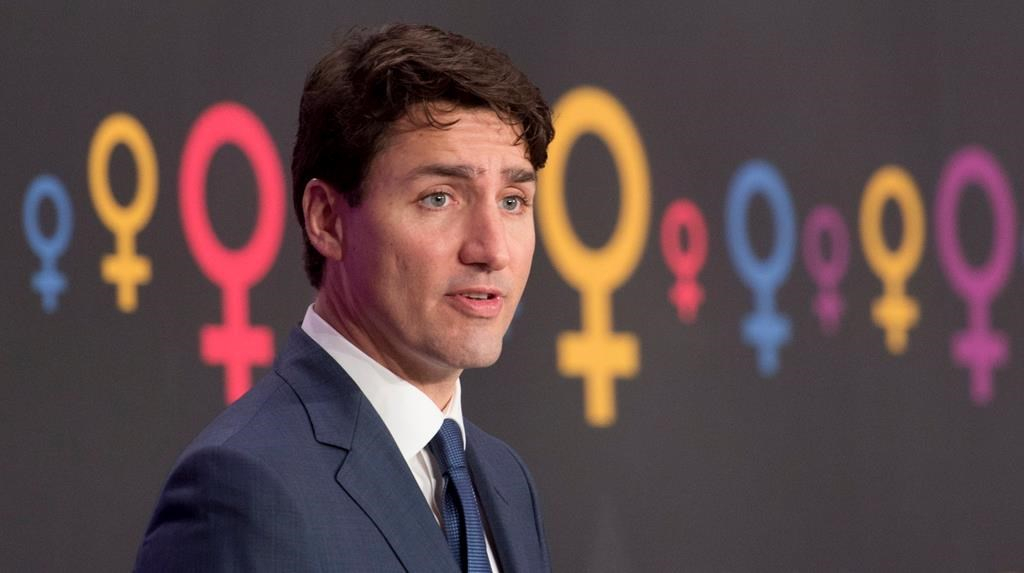 He said far too many women and girls around the world see reproductive rights violated and, in many cases, are subject to gender and sexual-based violence and "harmful practices" such as female genital mutilation.

"My friends, our ambitions can't be bounded by our borders. Women and girls around the world are counting on countries like Canada to help lead the way."

Trudeau, a self-described feminist, has refrained from commenting directly on the new U.S. president's remarks on women but his team managed to get Donald Trump on side with a joint announcement on female entrepreneurs in Washington last month — the brainchild of Trudeau chief of staff Katie Telford.

Later today, Trudeau will also watch 338 young women — one for every riding in the country — take seats in the House of Commons as part of Daughters of the Vote, a program aimed at encouraging their involvement in leadership, government and politics.

Trudeau has promised to promote gender equality at home and abroad, but advocates for the rights of women and girls say he still has a lot of work to do.

They are calling for more subsidized child care spaces, a national strategy to end gender-based violence and a new law to ensure men and women get equal pay for work of equal value.