Call in the Mounties. There's a new police probe in Christy Clark's B.C. 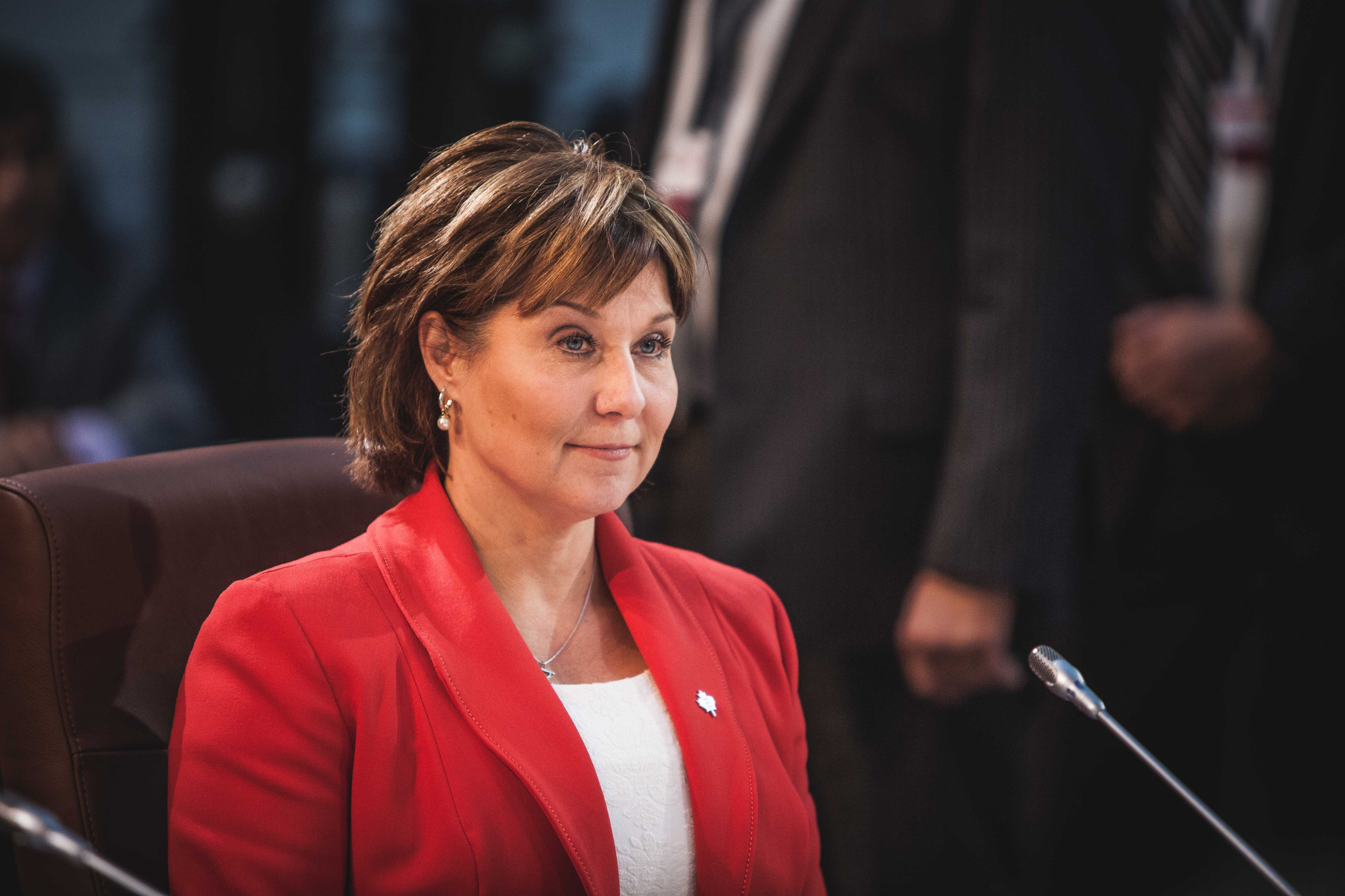 The RCMP is being called in to investigate a political cash and lobbying controversy that has struck British Columbia on the eve of a general election.

The probe throws a wild card into a heated campaign as Premier Christy Clark's Liberals seek a fifth consecutive mandate and a third straight decade in power.

Elections BC said on March 6 that it would investigate media reports alleging that some individuals may have broken the provincial election act. The Globe and Mail reported that lobbyists have been violating political contribution rules by donating money in their own name and getting reimbursed by clients or companies, so-called indirect contributions.

Premier Christy Clark's BC Liberals have also attracted international attention over existing lobbying and campaign finance rules, prompted in part by a New York Times investigation that described the province as the "Wild West" of Canadian political cash.

The Liberals have been in power in B.C. for nearly two decades, ever since former premier Gordon Campbell won an election in 2001. Clark replaced him in 2011 as Liberal leader, before winning re-election in 2013.

A statement by Chief Electoral Officer Keith Archer on Friday said the agency had sent the probe to the police to “ensure that it will in no way impede Elections BC’s administration of the provincial general election scheduled for May 9.”

He said the “potential scope” and timing of the investigation meant that it was more appropriate to hand over to the police to continue.

“Elections BC may support the RCMP as this investigation progresses," it said, adding that the agency won't be providing any further public comment while the probe is ongoing.

“This referral will also ensure that there is no perception that Elections BC’s ability to administer the general election in a fair, neutral and impartial manner is in any way compromised.”

The RCMP received the request a day earlier and launched their own probe into the allegations, confirmed spokeswoman Sgt. Annie Linteau. “We will take the time necessary to conduct a thorough investigation,” said Linteau, adding no further information was available at this time.

The agency began delving into the lobbying controversy amid a flurry of revelations about a “pay-to-play” culture in British Columbia.

National Observer revealed analysis this week that paving and road maintenance companies donating to Premier Clark's BC Liberals received nearly twice as many government contracts on average than companies that did not, according to research conducted by The Dogwood Initiative.

A separate report released Wednesday by the Canadian Centre for Policy Alternatives concluded that the province had been swamped by fossil fuel lobbyists and political contribution money, drowning out environmental voices.

The BC New Democrats and the BC Green party have both criticized the Clark Liberals in the wake of the revelations, calling on the ruling party to show some more accountability.

"British Columbians deserve answers on the influence of big money under Christy Clark and I hope this investigation is thorough and comprehensive," said BC NDP Leader John Horgan in a statement. "On Monday, Christy Clark has a choice. She can put a stop to this once and for all by getting big money out of politics or she can again choose her backroom corporate donors over British Columbians."

Earlier this week, Green Leader Andrew Weaver described the current regime as a "free-for-all" and pledged to introduce electoral reforms to clean up the situation.

But the provincial Liberals defended the government’s lobbying registry on Thursday as “one of the strongest regimes” in Canada.

The chief electoral officer's statement Friday said “Elections BC may support the RCMP as this investigation progresses," and that the agency won't be providing any further public comment while the probe is ongoing.

The sheer scale of fossil fuel influence is shocking to us, even by Wild West standards

"Clark replaced him in 2011 as Liberal leader, before winning re-election in 2013." Clark DID NOT win re-election! She LOST her Point Grey riding in 2013 to David Eby/NDP. Westside-Kelowna MLA Ben Stewart WON and sacrificed his seat for Clark (though was richly rewarded by Clark). That's not an elected WIN for our poster child for political corrupt Christy Clark! http://rameshranjan.com/2013/10/31/ben-stewart-christy-clark-150k-china/